10 Anime Characters Just Like Billy Butcher From The Boys 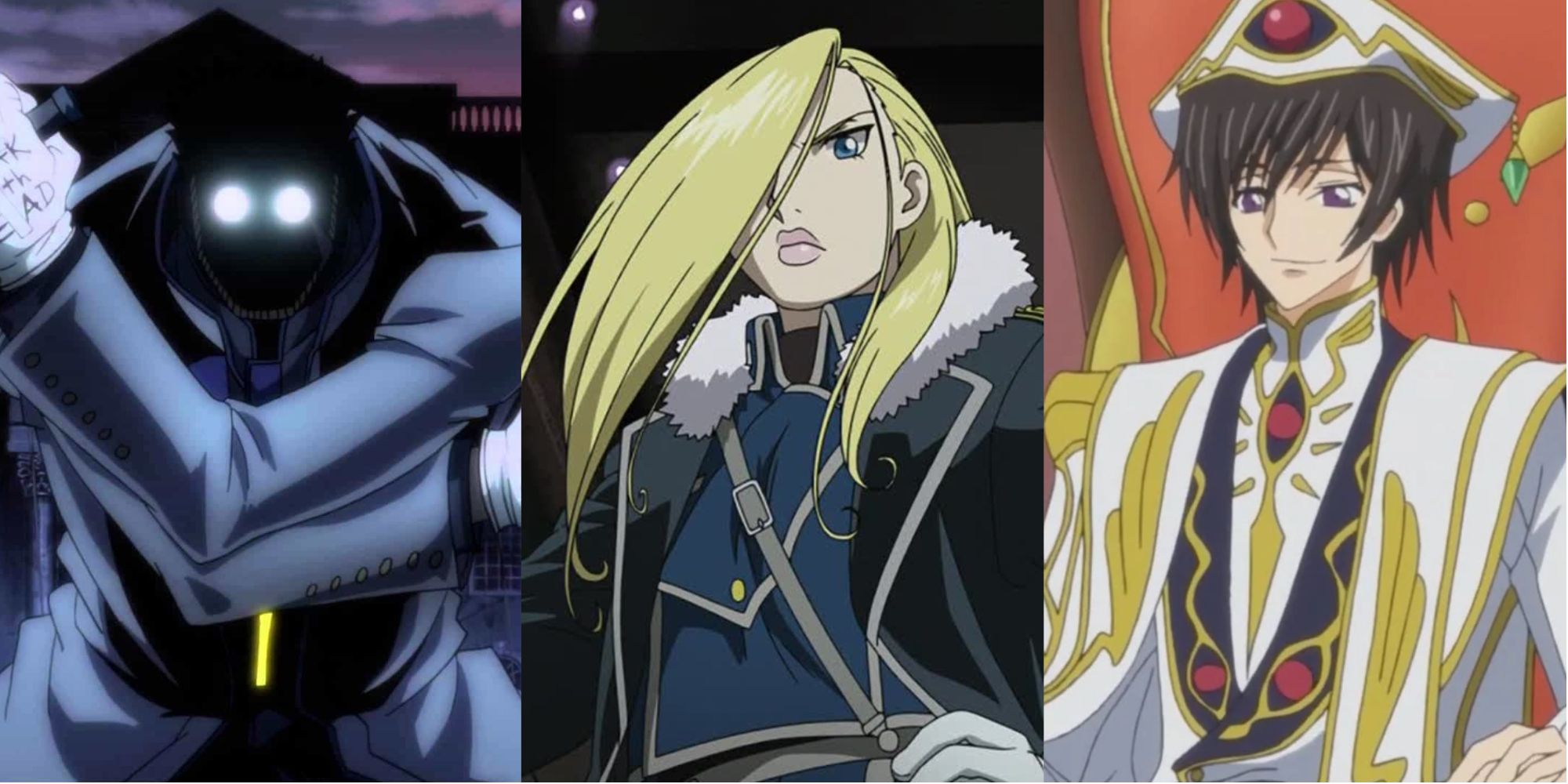 Now streaming on Amazon Prime, The Boys has garnered a lot of praise from viewers and critics alike. A vigilante team operating under William “Billy” Butcher strive to hold the overpowered “supes” accountable for their reckless actions that result in the death of civilians and destruction of property.

RELATED: 10 Ways The Boys Would Be Better As An Anime

Butcher is The Boys’ leader and a man on a mission. Consumed by vengeance, Butcher is hell-bent on destroying one particular “supe,” The Homelander. A short-tempered, selfish, and daring man, Butcher doesn’t hesitate to put his life on the line for his friends. Some anime characters, like Butcher, are willing to do whatever it takes to achieve their objectives.

Colonel Roy Mustang is a member of the Amestrian State Military and a hero of the Ishval war in Fullmetal Alchemist. A State Alchemist, Roy is extremely powerful and controls fire. Like Butcher, Roy also strives to fight against the corruption-infested military and let justice prevail.

He doesn’t hesitate to say exactly what is on his mind, much to the chagrin of his peers. Roy cares about the people who work with him and those he trusts.

9 Kuroo Knows How To Rile His Opponents Up (Haikyuu)

Tetsuro Kuroo is the captain of Nekoma High School’s boys’ volleyball team. Kuroo has a laid-back personality which makes him appear suave. However, he is an infamous provocation expert who knows what to say to get the desired response from his audience.

Kuroo is one of the most popular characters in Haikyuu. He has a sharp tongue, and he is vengeful on the court. For every point yielded, he strives to score 2 more.

8 Smoker Is Tired Of The People In Charge (One Piece)

Smoker is an ex-Marine who strives to achieve justice in the best and fastest way possible. He is sick of the higher-ups who try to control everything. Smoker is unafraid to speak up against his superiors, proudly displaying his infamous loose-cannon tendencies and rebellious attitude.

Just like Butcher, Smoker does not want to achieve fame or popularity. He just wants to make the world a better place. He follows his own code, sometimes to a fault.

Hellsing Ultimate‘s Alexander Anderson is a devout catholic who runs an orphanage outside Vatican City. He is obsessed with his “crusade” and incorporates passages from the Bible in his speech. Anderson doesn’t hesitate to use rough language and put people in what he thinks is their place.

Anderson is a determined man who stops at nothing to get what he wants. Much like Butcher’s obsession with The Homelander, Anderson’s fanatic obsession with the word of God makes him a dangerous anti-hero.

6 Madara Wants World Peace On His Own Terms (Naruto Shippuden)

Madara Uchiha co-founded the Hidden Leaf Village and is one of the Fourth Ninja War’s main antagonist in Naruto Shippuden. After Konohagakure was developed, Madara had a falling out with his best friend and co-founder, Senju Hashirama about the best methods to achieve peace.

RELATED: 10 Naruto Characters Who Would Make A Great Hogwarts Headmaster

Madara, like Butcher, is unafraid to burn bridges. Both of them expect their counterparts to be the good guys while they do what they want. Butcher and Madara are extremely intelligent and cunning.

Fullmetal Alchemist: Brotherhood‘s Lady Armstrong is Alex Louis Armstrong’s older sister. She is in charge of protecting the northern border of Amestris at Fort Briggs. A member of the military, Lady Armstrong is the heir to the prestigious Armstrong family. She is a demanding leader who wants everything done to her liking.

Not unlike Butcher, Lady Armstrong is strict with her subordinates and merciless with her enemies, showing no compassion for anyone who dares to cross her path. She has a sharp tongue that is supported by her violent combat skills.

Trevor Belmont is the main protagonist of Netflix’s Castlevania. Trevor is the last surviving member of the Belmont family that was in charge of protecting the citizens of Wallachia. As a result, he lost motivation in life. However, when he meets Alucard and Sypha, he finds a purpose again.

Trevor and Butcher both lost their families because of the people in power. They are both bitter men who love to indulge in the wonders of alcohol. While they make sure their teammates are safe, they are equally harsh and stern with them.

Devilman Crybaby’s unique animation has received both critical and commercial acclaim. Ryo Asuka, who is actually Satan, is an Angel who had a falling out with God and was then banished to Earth. Ryo doesn’t care for the law and openly carries and uses guns. He never hesitates to take a life.

Ryo wants to make a better, more peaceful world, free of demons. He swears to protect Akira’s secret of him being a Devilman. He deeply cares about his friends, much like The Boys‘ Butcher. However, once Satan takes over, Ryo loses his humanity.

Code Geass‘ Lelouch vi Britannia is the 11th prince of the Holy Britannian Empire. Sent to Japan as political envoys, Lelouch and his sister, Nunnally, live in hiding due to the Japanese people’s hatred of the Empire’s unjust treatment.

Lelouch believes that his father was responsible for his mother’s assassination and strives to avenge her. He also wants to be nothing like his father. Similarly, Butcher owes his violent traits to his father, whom he hates. He strives to be as different from his father as he can be.

1 Eren Is Obsessed With Freedom (Attack On Titan)

Once Eren Jaeger discovers the truth behind Paradis Island, Eren becomes obsessed with avenging his people and finding freedom from the shackles of politics and war. Eren wants to put an end to the suffering of his people for good.

He selfishly acts on his own and doesn’t consider others’ emotions and situations. Not unlike Butcher, Eren also has an unsatisfactory relationship with his father, which he is partly responsible for.