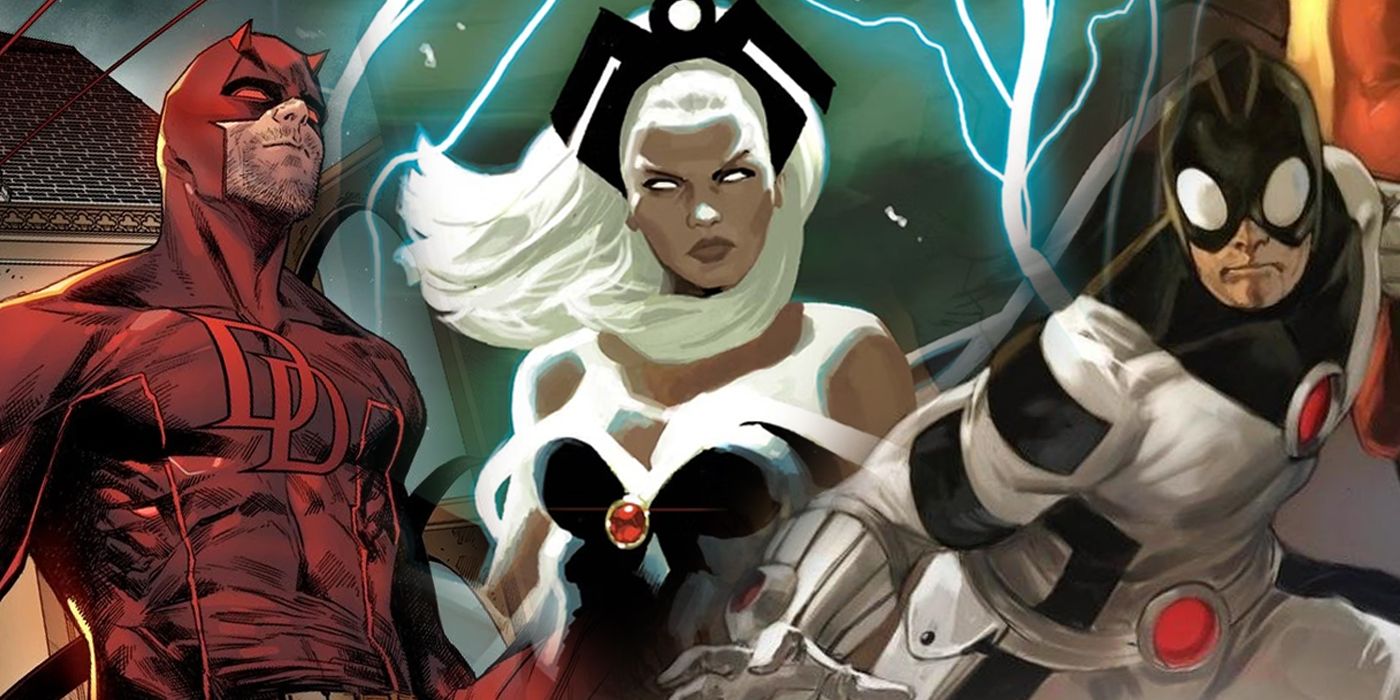 The new Avengers Forever series is a multiversal tale that has introduced powerful new versions of classic team members. Avengers Forever has also teased appearances from a few characters that hardly spent any time with the team after becoming an Avenger. They may have had a long career with the Avengers in their reality, but things were different in the 616.

There have been quite a few heroes who have managed to earn their spot on the Avengers only to disappear or leave the team shortly after. This was sometimes due to a changing creative team, a failed storyline or a forgotten thread. This meant that these short-lived Avengers were barely able to leave their mark on the team.

The Man Without Fear has proven himself worthy of membership in the Avengers a few times over the years. Yet almost every time he’s been asked to join the team, Daredevil has turned down the offer. It’s usually due to his personal life being a mess or another of Daredevil’s worst beatdowns. Working with teams can also sometimes overwhelm his enhanced senses.

He did officially accept membership in the Avengers during the Fear Itself event. He helped defend Avengers Mansion alongside Squirrel Girl, who was babysitting Danielle Cage. Daredevil was offered a place on the New Avengers by the team’s leader, Luke Cage. Their close friendship made it hard for Daredevil to say no, though he still didn’t work with the team much.

Elvin Haliday was only a teenager when he was exposed to toxic chemicals. He was transformed into a powerful adult with incredible strength and durability. Rage hid his true age when he first met the Avengers during a battle with the Sons of the Serpent. They invited him to join the team as a probationary member.

While the Fantastic Four is Marvel’s first family of comics, their members have also joined other teams as well. Reed and Sue Richards decided to leave the Fantastic Four to spend more time with their son, Franklin. However, Mister Fantastic and Invisible Woman teamed with Captain America as members of a new but short-lived team of Avengers when Franklin was kidnapped.

The Thing accepted membership with the West Coast Avengers, though he left before the official vote was even taken. He later joined Luke Cage’s New Avengers for a short period as well. Finally, Johnny Storm served with the Avengers Unity Squad after the Secret Wars event. He even became the team’s benefactor, though soon left to reform the Fantastic Four.

Kelsey Leigh was a schoolteacher who got caught in the middle of a battle between the Avengers and the Wrecking Crew. She sacrificed her life to save Captain America and the Wasp during the battle. This led to her being chosen as the new Captain Britain when she picked the Sword of Might. She gained all of Captain Britain’s powers and abilities, but there was a catch.

She lost the chance to see her children, who still believed she was dead. She joined the Avengers so she could remain close to them. She took the name Lionheart but was only with the team for a short time before the Avengers Disassembled event. She was injured again trying to protect Captain America from an eraged She-Hulk, and she left the team to recover.

6 Machine Man Was A Reserve Avenger During Operation: Galactic Storm

The West Coast Avengers welcomed quite a few interesting members to the team over the years. Aaron Stack, better known as X-51 the Machine Man, was definitely one of the strangest Avengers. He became a reserve member of the team who was called in to help hold the fort during the “Operation: Galactic Storm” storyline.

He didn’t work much with the team, but his reserve status was intact for a few years. However, he was destroyed and rebuilt with advanced Sentinel technology. This made him turn on the mutant members of the Avengers due to the programming of Master Mold contained within his new body. They weren’t able to help him, which led to his expulsion as a reserve member.

Another hero whose popularity in the ‘90s resulted in a brief appearance on the West Coast Avengers was Darkhawk. Chris Powell was just finishing high school when he first found the amulet that would transform him into the armored hero Darkhawk. He worked with the New Warriors briefly though Darkhawk largely remained a solo hero.

Darkhawk ended up working alongside the West Coast Avengers when they were attacked by Doctor Demonicus and his Pacific Overlords. He was then given reserve status as a member of the Avengers, though he rarely appeared with the team and they soon disbanded. Darkhawk’s gone through some changes since the ’90s that took him to space as a cosmic hero.

Maria de Guadalupe Santiago was allegedly the child of a Central American volcano goddess. She developed the ability to transform into powerful were-forms of various jungle animals. When her father died, she ended up in an orphanage that was connected to a child sponsorship program.

RELATED: Avengers: 10 Times The Avengers Were Not Fighting At Full Strength (& It Showed)

Avengers’ longtime butler Edwin Jarvis ended up sponsoring Lupe Santiago for years. When they finally met, he learned that she had been forced to work for Moses Magnum as Silverclaw. However, she joined the Avengers and helped take Moses down. Silverclaw worked with the team a couple of times while she went to university before she returned home.

The Kree soldier from an alternate reality named Noh-Varr spent a good amount of time with the Young Avengers in his Marvel Boy identity. He even briefly worked with the Dark Avengers until he learned the members were villains masquerading as heroes. He finally joined the main team of Avengers in the Heroic Age with the new identity of Protector.

He was given a new costume and a powerful set of Nega Bands by the Kree Supreme Intelligence, who’s done terrible things to the Marvel universe. Protector joined the team when they needed a time machine and he helped during their battle with the Hood. However, he turned on them for the Kree during Avengers vs. X-Men, which led to his removal.

While the young Nova Sam Alexander worked with the all-new, all-different roster of the Avengers for a good amount of time, his predecessor didn’t have as long of a run. Richard Rider originally worked with the New Warriors for years, though he was given an upgrade and became a cosmic protector. Nova joined a few comic teams after his power-up.

This made him an asset to Steve Rogers when he assembled his first team of Secret Avengers. Nova helped them investigate a mining operation on Mars. However, he was possessed by the Serpent Crown. His teammates then had to come to Mars to rescue him. Nova had to return to his duties with the Nova Corps after the mission, leaving in a bit of disgrace.

1 Storm Left The Team Shortly After Joining Because Of Avengers Vs. X-Men

One of the most powerful members of the Avengers was the mutant weather manipulator named Ororo Munroe. She was usually known as the powerful omega-level mutant Storm of the X-Men. However, she was also married to T’Challa/Black Panther. Steve Rogers asked Black Panther if he would rejoin the team, but he instead suggested his wife for the position.

Storm joined the team as they faced off with a Super Adaptoid-powered Norman Osborn, a new team of Dark Avengers and the remnants of Osborn’s H.A.M.M.E.R. organization. Unfortunately, the Avengers vs. X-Men event forced the members to choose sides when the Phoenix returned to Earth. Storm left the Avengers and her husband to join the X-Men’s side in the conflict.

U.S. senator against abortion rights said in 2010: 13-year-olds can consent to sex – National