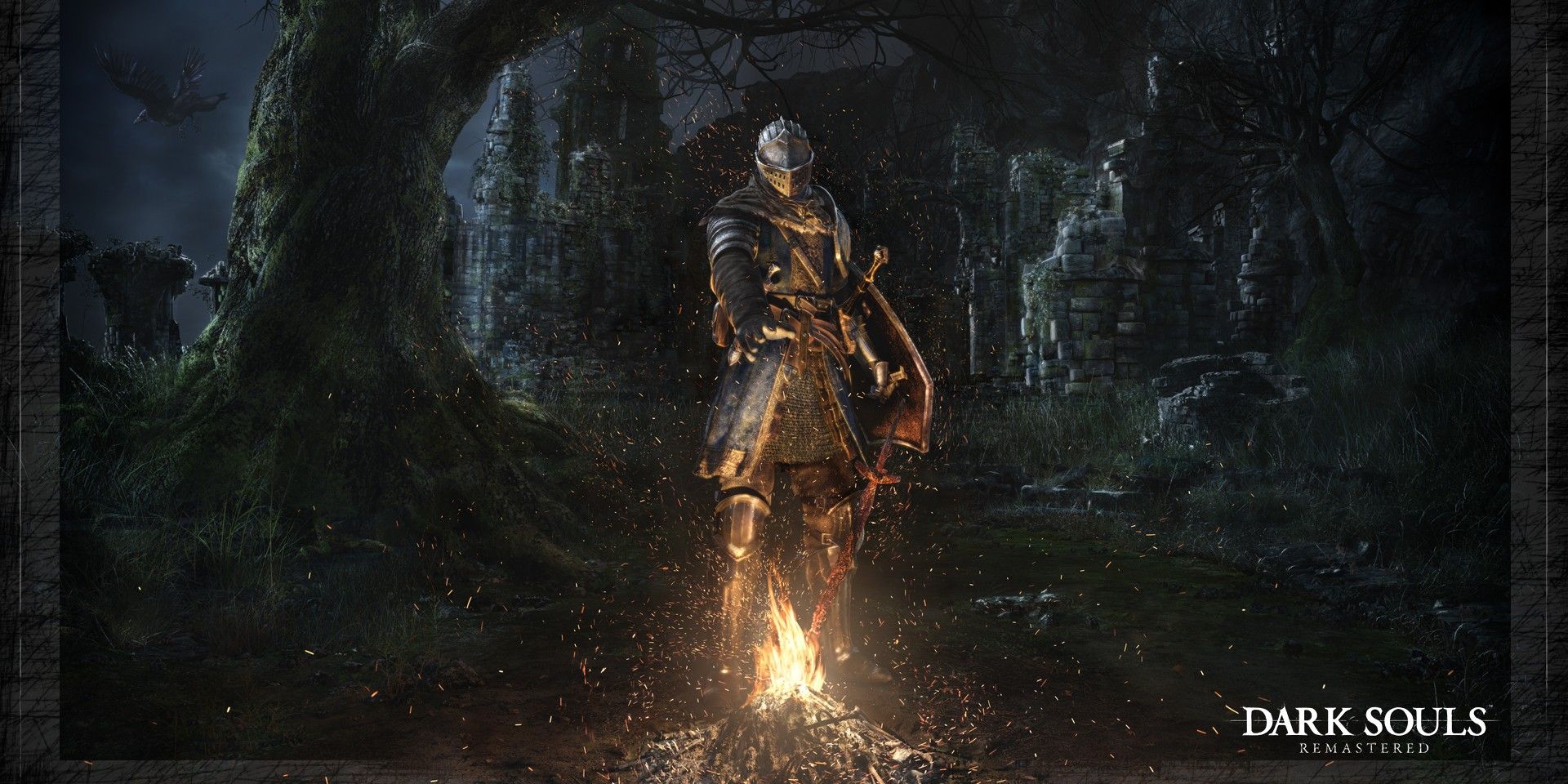 With the success of 2022’s Elden Ring fresh in the collective mind of the gaming community, more eyes than ever are looking back on FromSoftware’s history. In particular, they’re reexamining the pros and cons of the classics in their game library. In particular, Dark Souls, the second installment of the Souls series, and its bosses have been put under the lends to analyze what each of them brought to the franchise.

While the 2011 title pushed the franchise forward in virtually every way possible, a few opponents stand out from their peers. Whether they’re iconic favorites or underappreciated gems of the Souls franchise, these bosses deserve their fair share of recognition.

Dark Souls is no stranger to traitorous enemies; however, Seath the Scaleless is unique when compared to most of his back-stabbing peers: he’s an Everlasting Dragon. After being anointed Duke by the Lord of Cinder for his role in the war against the other dragons, Seath settled in the Duke’s Archives, waiting there until the player finds him during their playthrough.

Seath has lost his grip on reality as a result of achieving immortality, but that hasn’t affected his ability to threaten the player should they slip up in their fight against him. While not the hardest fight in Dark Souls by any means, the grandiosity of Seath, including his sleek character design is one of the game’s highlights.

9 Crossbreed Priscilla Puts The Player In A Moral Dilemma

Speaking of Seath the Scaleless, it’s insinuated Crossbreed Priscilla is the daughter of the Everlasting Dragon. Although the validity of this claim is unconfirmed, between her “Crossbreed” moniker, the similar placement of scales, and her location in-world, there are plenty of clues alluding to this genealogy.

What makes this boss fight so unique isn’t its difficulty, location, or relevance to the plot, but instead the moral dilemma it forces upon the player. Crossbreed Priscilla is one of the few bosses players can advance past through the use of pacifism, leaving them to decide whether this well-intentioned character is deserves to meet her demise.

The Souls franchise is famous for including grotesque enemies to create the game’s trademark atmosphere, but these bosses rarely accomplish the task as successfully as Chaos Witch Quelaag. The sister of “the Fair Lady” and the loathed Ceaseless Discharge, Quelaag’s character model consists of a dark-haired woman who is grafted to the terrifying body of a spider-inspired demon.

If the character’s physical appearance wasn’t intimidating enough, her array of physical and fire-based attacks aid the unsettling atmosphere of her boss arena. In a game full of off-putting opponents, Chaos Witch Quelaag finds a way to stand out from her peers.

Some boss fights succeed because of the build-up and lore surrounding the opponent, and while Gravelord Nito employs great combat mechanics during his fight, he certainly falls into this category. His death-themed abilities, which spawn hoards of undead soldiers, compliment his tremendous backstory. This makes fighting him one of the most memorable encounters in the entire game.

6 Gwyn, Lord of Cinder, Is A Worthy Final Opponent

For a game as renowned as the original Dark Souls, it makes sense for its final boss to be an appropriately grand experience. In this regard, Gwyn, Lord of Cinder, doesn’t disappoint. If the player listens to the dialogue presented to them throughout the game, it should come as no surprise the final opponent of the game is the greatest of the universe’s gods.

RELATED: 10 Games To Play If You Love Dark Souls

With staggeringly fast combos, resistances that can half the player’s damage output, and a wide range of combat tactics, Gwyn possesses a moveset that will punish all but his most aware opponents. The only thing stopping Gwyn from being the game’s number one boss is the dilapidated state the player finds him in, rendering the once-great god a hollowed vestige of his former self. As a result, the whole encounter with him elicits a feeling of melancholy.

Black Dragon Kalameet, despite being one of the first dragons included in developer FromSoftware’s game library, is arguably the best they’ve ever produced. FromSoftware has frequently been criticized for its utilization of subpar dragon opponents, so it’s refreshing to see them absolutely nail a boss such as this one.

Kalameet is encountered on more than one occasion, which generates suspense and anticipation that’s perfectly followed by a mechanically sound, challenging boss fight. A fun detail that only adds to the depth and nuance of this fight is the ability to obtain the Obsidian Greatsword. This item drops upon dealing damage specifically to Kalameet’s tail.

Dark Souls and the other installments of the Souls franchise are full of somber moments, yet none reach the same level of sadness the fight against Great Grey Wolf Sif does. After finding Sif as a small cub and summoning him to help defeat Manus, players finally encounter him as he defends the grave of his long-time companion. The last thing the player wants to do is strike down this beloved canine.

The fight itself isn’t terribly difficult. Unfortunately, its ease is what makes striking down this opponent so difficult. In the later stages of the fight, Great Grey Wolf Sif evidences the damage dealt to him by literally limping towards the player as he drags his hind legs in a last-ditch, futile effort that reinforces this whole encounter as one of the most heart-wrenching in video game history.

Any anger stemming from the treatment of Great Grey Wolf Sif can be directed towards Gwyn for his role in disrupting the natural order of the world, and Manus for his role in creating the corrupting darkness known as the Abyss. Naught but a human before becoming the Father of the Abyss, Manus was somehow consumed by his excess humanity, resulting in the emergence of the ever-growing Abyss.

Manus’ role in the events of the story would be enough to launch him into the upper echelon of Dark Souls bosses; however, this isn’t all that he adds to the game’s experience. Frequently referred to as one of the game’s most challenging bosses, Manus is perfectly balanced, including telltale signs of specific attacks while employing them with enough variety to challenge even the most experienced players.

Ornstein and Smough occupy a small list of video game characters who perfectly embody their source material. They represent the appeal of Dark Souls‘ narrative, game mechanics, world-building, and overall difficulty to such a degree the boss-duo has become synonymous with the success of the game itself.

RELATED: 8 Things You Can Do In Dark Souls (While Avoiding The Story)

A great example of a gank battle (multiple enemies versus the player) done correctly, Ornstein’s lightning-fast attacks perfectly complement the heavy, plodding design of Smough. Depending on which enemy is defeated first, the other receives a significant power boost upon losing the support of their ally. When coupled with their positions as an integral part of Gwyn’s lordship, these two enemies far exceed the majority of their peers.

1 Artorias The Abysswalker Personifies Everything Right About Dark Souls

Perhaps some of Artorias the Abysswalker’s success is due to the heightened emotional state the player is in following their downtrodden battle against Great Grey Wolf Sif. Alternatively, perhaps its success can be chalked up to the greatest of Gwyn’s knights’ rigorously challenging, yet fair, moveset. Or maybe it could be the mystique surrounding the lore of the one that led the fight against the Abyss.

Regardless of what makes Artorias such an engaging opponent, most would agree no other character in the franchise crystallizes the Souls formula more than the Abysswalker. None of his attacks feel like a gimmick, every move he makes has an appropriate counter, and the boss area is completely unobstructed. The success of this fight is totally reliant on the player’s ability to handle Artorias’ onslaught. Given the appeal of these games, no boss deserves more recognition than this one.

Next: 10 Most Beloved NPCs In FromSoftware Games