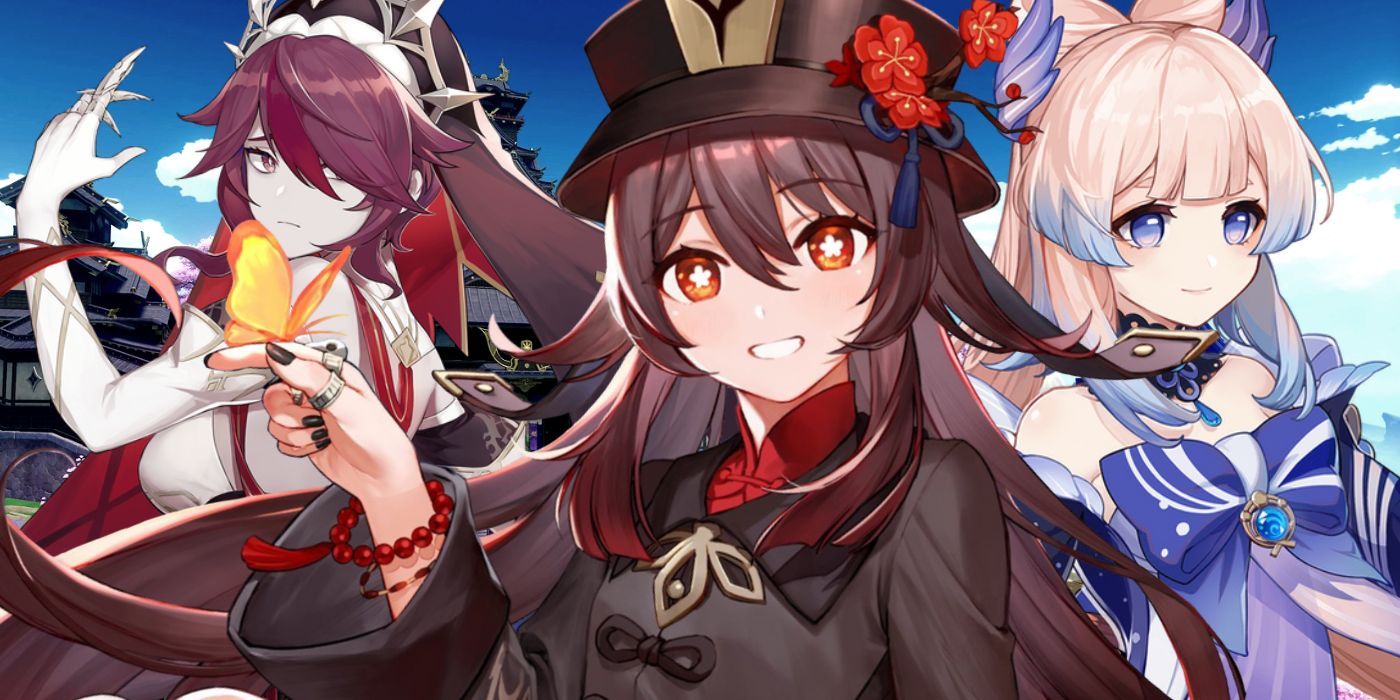 Genshin Impact has plenty of playable characters to choose from across all of Teyvat’s available regions. However, some of the female characters have managed to cement themselves as some of the best in the entire game.

RELATED: Best Anime To Watch If You Like Genshin Impact

These women have stolen the spotlight in Genshin Impact and won the hearts of fans, whether it’s because of their compelling backstories, intriguing voice lines, or kits that give them a serious advantage during battle. It doesn’t matter which nation they hail from or which of the seven Visions they possess. These female characters have proven their potential value in any team setup.

10 Beidou Is The Captain Of The Crux

Beidou is respected and feared throughout Teyvat as the captain of the Crux. She’s respected as a warrior and captain, but she is feared since she doesn’t falter in front of Ningguang, the Tianquan of the Qixing.

Known as the “Uncrowned Lord of the Ocean,” Beidou will be a valuable Electro addition to any team. As a claymore wielder, she can attack with her sword or use it as a shield. Her Elemental Burst creates an Electro shield around whichever party member is active at the time, and when it’s activated, it deals damage to nearby enemies.

Rosaria certainly isn’t the average nun in the Church of Favonius. She’s known for her intimidating, ice-cold glare and edgy fashion, and she doesn’t even worship Barbatos. She tends to leave for several days without telling anyone to act as Mondstadt’s secret vigilante.

Rosaria is one of Genshin Impact’s best Cryo characters. Wielding a polearm, she uses her Rites of Termination to summon an icicle lance to damage all enemies in her AoE. She can land five consecutive strikes, and the damage significantly increases with each one.

Eula is a descendant of the notoriously oppressive Lawrence Clan, who used to rule Mondstadt with an iron fist. She’s become a scapegoat because of her family’s reputation and seeks to free herself from their name. Eula became the captain of the Knights of Favonius’ Reconnaissance Company. She constantly talks about seeking vengeance on everyone who associates her with the clan.

Wielding a claymore, Eula’s Elemental Skill and Burst cement her as one of Genshin Impact’s best DPS units. She can hit an opponent five times in a row, and with her Icetide Vortex, she consumes all the Grimheart stacks and strikes every enemy in the AoE.

7 Kokomi Is The Divine Priestess Of Watatsumi Island

Kokomi Sangonomiya is the Divine Priestess of Watatsumi Island. She has tons of responsibilities on her shoulders and often passes out in her office from overwork.

Kokomi is a Hydro Catalyst user with visually appealing attacks. When she casts Kurage’s Oath, she summons a jellyfish that heals her allies, but it puts her at a disadvantage since it applies the Wet effect to her. Kokomi’s Elemental Burst gives the enemies a considerable amount of damage. Her Ceremonial Garment is a shield to buff herself and the rest of the party.

6 Shenhe Is One Of Cloud Retainer’s Disciples

Shenhe has a deadpan personality and stays detached from everyone around her. She has notably homicidal tendencies that are restricted by the red ropes on her soul. In her childhood, her father offered her as a sacrifice to an evil god. She defeated the god, but she has since been tormented by trauma and rage.

As a Cryo Polearm wielder, Shenhe is one of the newest DPS characters in Genshin Impact. Her Icy Quill buffs the entire party’s skills and attacks. Her Divine Maiden’s Deliverance sends out an icy talisman to defeat nearby opponents.

Ningguang has an admirable rags-to-riches story. She started out on the streets of Liyue, but she eventually became the Qixing’s Tianquan and owns the giant floating Jade Chamber that can be seen across Teyvat.

4 Keqing Is The Qixing’s Yuheng

Keqing is the Yuheng of Liyues Qixing. She’s a diligent worker and, contrary to what she personally believes, truly deserves a break. She doesn’t believe in any of the gods and instead wants to pave her own way through sheer willpower.

Keqing is one of the game’s best Electro units and wields a sword. Her Elemental Burst, Starward Sword, is a quick way to deal considerable amounts of Electro damage in a short amount of time. She essentially zooms around the battlefield, striking as many enemies as possible.

3 Xiangling Is An Ambitious Chef With Questionable Recipes

Xiangling is the head chef at Wanmin Restaurant. She’s an ambitious chef who’s always thinking of her following recipe, no matter how questionable it may be. No ingredient is off-limits, whether it’s slime condensate or Dvalin himself.

Xiangling is pretty easy to obtain from Genshin Impact’s wish system, but players can get her for free after completing Floor 3-1 of the Spiral Abyss. She’s a polearm-wielding Pyro user who can solo almost every boss in Genshin Impact. Her Elemental Skill summons Guoba, a firebreathing panda who aims flames at every nearby enemy. When her Elemental Burst is activated, a giant Pyronado spirals around her, instantly burning all enemies in its path.

Yae Miko is a fox yokai and the head maiden of the Grand Narukami Shrine in Inazuma. She also owns a publishing house and enjoys reading light novels. Yae’s lovable personality and sarcastic one-liners cemented her as a fan-favorite character.

Yae is an Electro Catalyst user and her attacks deal continuous damage, making her a vital asset to any team setup. Her Elemental Skill summons three Electro blades around the enemy that continuously strike them. Her Elemental Burst strikes all nearby enemies with powerful thunderbolts.

Hu Tao is the Wangsheng Funeral Parlor’s 77th director. Her business methods are questionable, and she’s known for going around Liyue trying to sell funeral plans to even the healthiest people in case their “big day” arrives soon. Hu Tao has an eccentric sense of humor that isn’t appreciated by everyone. The undead child Qiqi especially hates her, saying she has a punchable face.

Hu Tao is a Pyro polearm user and one of Genshin Impact’s most sought-after characters. Fans not only want her because of her stylish design, but also because of her combative power. Her Elemental Skill, Paramita Papilo, increases her attack based on her HP. Her Elemental Burst, Spirit Soother, summons a flame spirit to attack all enemies in the AoE; this attack is powerful, but it chips away at Hu Tao’s HP.

NEXT: 10 Easiest Ways To Farm Primogems In Genshin Impact

‘Shame to the sport’: IIHF urged to suspend Hockey Canada…