10 dead and 16 unaccounted for after Japan tour boat sinks 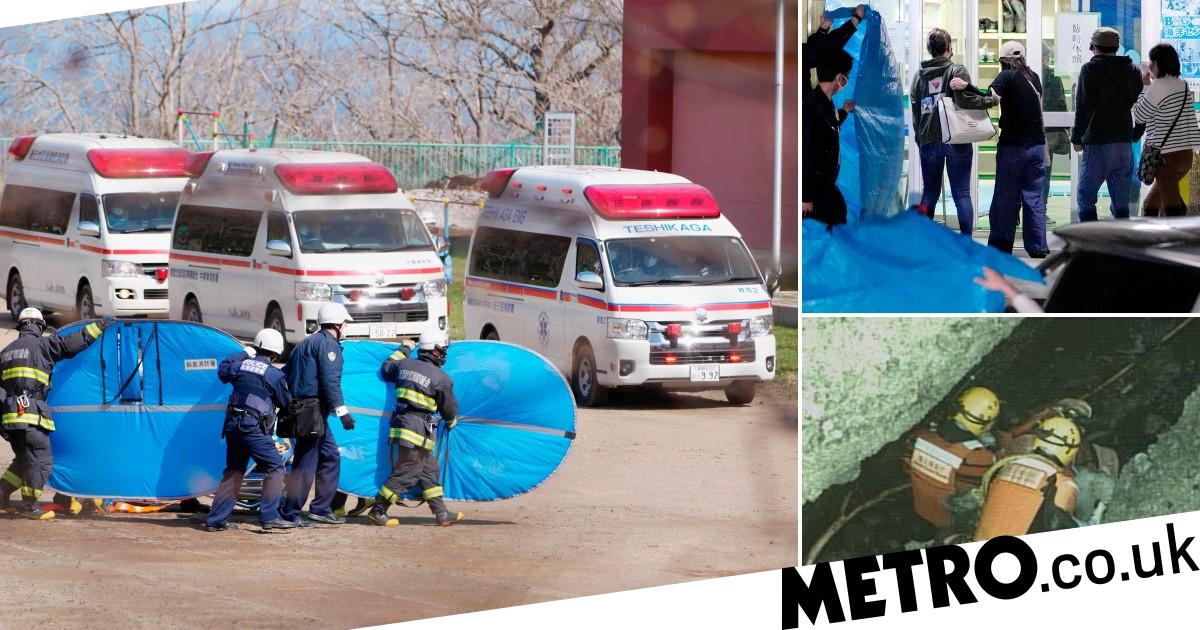 At least 10 of the 26 people on board a tour boat that sank in Japan have died, the country’s coast guard has confirmed.

Seven men and three women are among the dead after the ship went down in freezing waters of a northern national park, which has seen previous accidents.

The search for those who are unaccounted for is still ongoing a day after the boat sent a distress call saying it was sinking.

There were two crew and 24 passengers, including two children, on the tour boat when it ran into troubles on Saturday afternoon near the tip of Shiretoko Peninsula.

Earlier, the authorities had said rescue helicopters had found nine people – but did not confirm if any of them were alive.

Footage on the channel showed one of the rescued people arriving on a helicopter and being transferred to an ambulance on a stretcher, while rescuers held up blue plastic shields for privacy.

It came after rescuers intensified their search earlier on Sunday and found four people near the tip of Shiretoko Peninsula and five more people in the same area a few hours later.

The coast guard said all of them were found in the area near the tip of the peninsula north of where the boat sent a distress call on Saturday.

The location is known as a difficult place to manoeuvre boats because of its rocky coastline and the same tour boat had an accident there last year.

An orange-coloured, square-shaped lifesaving float with the boat’s name on it was also seen on the rocky coast.

The 19-tonne Kazu 1 made an emergency call saying the ship’s bow had flooded and it was beginning to sink and tilt while travelling off the western coast on the northern island of Hokkaido.

A tour boat crew belonging to another operator told NHK that he warned of rough seas when he spotted the Kazu 1 crew and told them not to go.


MORE : Brit ‘marries US death row killer after telling family she was off to Disney’