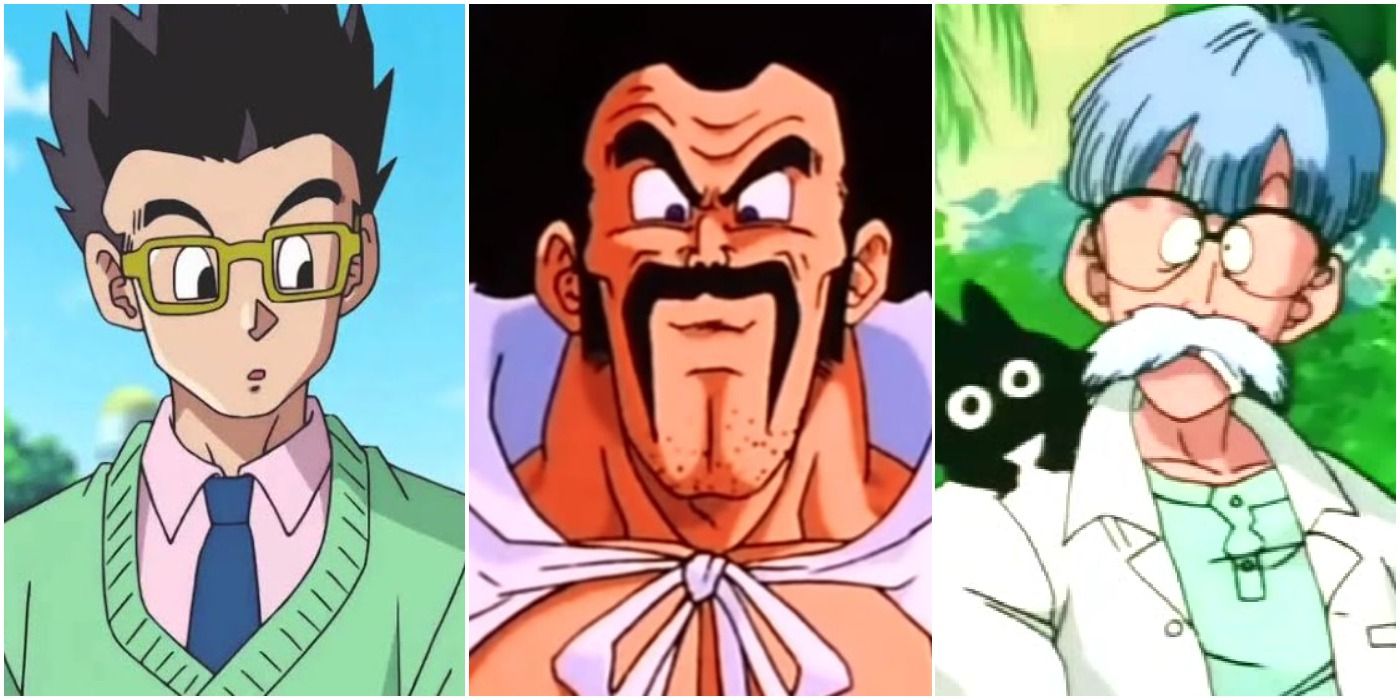 Guiding the next generation of wizards into a world rife with conflict is no easy task. To many fans’ delight, Dumbledore took up this challenge with a benevolent gusto that should be respected. It was both admirable and unfortunate, however, that he was forced to sacrifice his own life to save the lives of his students.

RELATED: Anime: The 5 Most Tragic Character Sacrifices (& 5 That Were Useless)

Replacing Dumbledore is an impossible task. The legendary wizard rose to every challenge that his station presented to him. In order to find a worthy replacement, the HP fanbase might want to stretch their imagination into the world of Dragon Ball Z, where wizards, magic, and future tech are both accepted and commonplace.

Goku may not seem like the studious type, but his brilliance shows itself in a different way. When faced with an opponent, Goku is able to break down their personal philosophy and fighting style before forming a complete mental image of it within seconds.

His ability to adapt to any situation is truly incredible considering the number of completely ridiculous situations he has found himself in. Furthermore, Goku is an incredible leader who managed to put together the greatest team in all the universes for the Tournament of Power.

Bulma’s brilliant father Dr. Briefs doesn’t get much time in the spotlight during DBZ. When the eccentric scientist does show up, he shows just how competent of a leader he can be. Even when Briefs isn’t on-screen, his multi-billion-dollar company, Capsule Corps, serves the Z Fighter’s as a base of operations much like Hogwarts does for its students.

The only reason Briefs would struggle at Hogwarts is because of the way his science background might conflict with a magic-focused curriculum, but a few days of study should remedy that issue. Someone as brilliant as Dr. Briefs could even find better ways to merge technology with magic, making him great for understanding Muggles.

Piccolo may have been introduced to fans of Dragon Ball as a villain, but by the time DBZ wrapped, he was one of the most reliable and heroic characters fighting alongside Goku. The Namekian’s ability to approach every situation with a level head is both admirable and worthy of imitation.

Piccolo would only have to show up every day as the new Hogwarts headmaster and his students would learn simply by being in his presence. Of course, if the students were in need of some direct instruction, Piccolo has plenty of experience training Gohan to fill this role as well.

7 Tien Has His Own Knowledge Of Magic

As one of the few human characters in DBZ who managed to keep up with Goku and Vegeta, Tien knows what it is like to fall down and get back up. This persistence and the zen disposition that Tien pairs with it make him a great candidate for the position of headmaster.

In fact, if the human Z Fighters had leaned more into the realm of supernatural magic abilities like Tien, more of them could have kept up with their Saiyan peers. If only Tien was given the chance to lead his own magic dojo — or perhaps a magic school.

If Albus Dumbledore proved anything while serving as Hogwarts’ headmaster, it was that a leader must be willing to sacrifice themselves to save those who look up to them. With this in mind, there is only one character from Dragon Ball Z who has truly earned this role.

Krillin has sacrificed himself for the sake of his friends so many times that it seems like Goku just keeps him around so he doesn’t have to be the one to lay down his life. Jokes aside, Krillin’s work ethic and sacrificial nature would make him a great headmaster.

When making the case for a new Hogwarts headmaster, fans must consider what made Albus Dumbledore so great in the role. One of the main reasons he was able to secure so much respect was by staying prepared for the future.

Future Trunks may not be able to predict the future, but his history gives him a better chance at matching Dumbledore’s near omniscience than any other character in the DBZ mythos. If the fan theory that ties Ron Weasley to Dumbledore is ever confirmed, then Trunks would prove to be the best possible replacement as headmaster.

4 Bulma Has The Smarts To Lead Hogwarts Into The Future

The young female scientist that originally discovered Goku in the woods has been leading the Z Fighters for some time. While it might seem like Goku stands tall as the leader of the Z Fighters, it’s Bulma who makes sure everyone is fed and taken care of at the end of each battle.

Fans of the Potterverse know that it takes more than combat strength to succeed in the role of headmaster. In fact, combat is one of the last things a headmaster is meant to concern themselves with, meaning Bulma would fill this position exceptionally well.

3 Mr. Satan Has The Power To Lead

The goofy parody of Hulk Hogan that made its way into the Dragon Ball mythos goes by a name that few would embrace. Perhaps that’s why the English dub renamed him to “Hercule.” Regardless of which name fans use, the world of Dragon Ball bends at the will of Mr. Satan, which is what allows him to enter the ring of qualifying headmasters.

Mr. Satan is included in the plot of Dragon Ball Z as comedic relief, but there are times when he proves to be more than just a joke. Fans would be wise to remember that it was Mr. Satan, not Goku, who convinced the world to lend their power to the spirit bomb that defeated Buu.

Android 18 is the sort of multifaceted character that would find success in any role that she was handed. With unlimited stamina and unbreakable skin, 18 is a combatant with the power to destroy all life on Earth.

Destroying all life on Earth is not why 18 would make a good headmaster, though. The actions that qualify her for this role were learned after 18 joined hands with Krillin and became a mother to Marron.

The Turtle Hermit may not be able to keep up with Goku and the Z Fighters during their intergalactic escapades from Dragon Ball Super, but back in the DBZ days, Roshi did his best to keep up. He did such a phenomenal job that Goku recruited him as a member of Universe 7’s team for the Tournament of Power.

The reason Goku sees so much potential in Master Roshi is because of his leadership. Since the beginning of the Dragon Ball mythos, Roshi has served as a mentor and a friend to Goku. He has also trained up a number of other powerful Z Fighters, ironically making him the most appropriate character to inherit the title of headmaster.

NEXT: 10 Things Dragon Ball Ripped Off From Other Anime

Stunning ‘The Grab’ traces conspiracy to control the world’s water