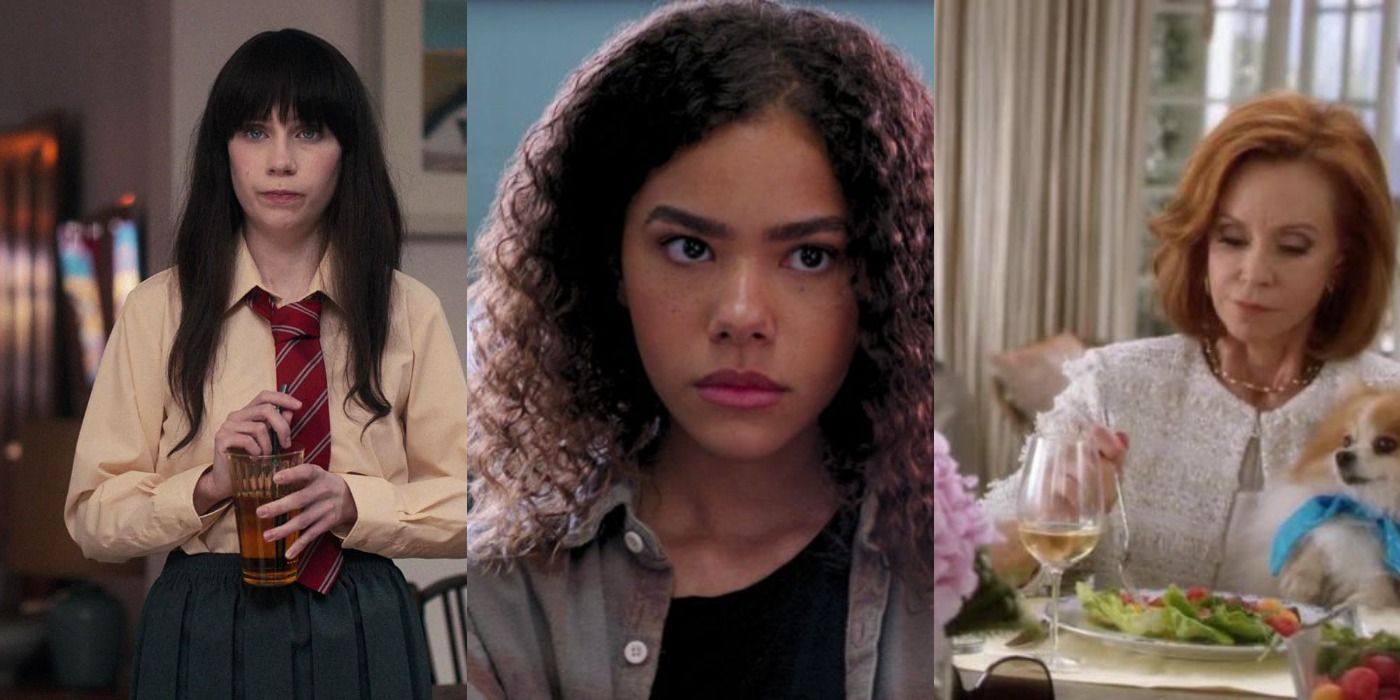 When watching a television series, audiences are introduced to all different types of characters. Depending on what roles they play in the storyline, many experience major arcs, while others remain static. Nonetheless, seeing diverse personalities and characteristics is what makes for thoroughly entertaining content.

Another crucial element that has also proven to be engaging is how these characters carry themselves during the time in which they progress through a show. While most characters will follow the more common emotions viewers would expect, these characters from Netflix shows seem to be devoid of feeling or refuse to confront their feelings, leaving the impression that they are essentially emotionless.

In Elite‘s third season, Rubén and his family were at risk of losing everything. However, Yeray, an entrepreneur who wants to date Rubén’s daughter, Carla, considers investing in their winery. Carla is forced by Rubén to pretend she likes Yeray so that he’ll invest in the family business. After Carla was honest with Yeray, they agreed to be friends. Yeray still invested in the winery, but changed the contract so that Carla was in control of the business. Rubén had no choice but to accept. Overall, fans were disgusted by Rubén’s unsympathetic nature and glad he was outsmarted.

9 Summertime: Federica Donaera Was Unwaveringly Brash And Had An Ulterior Motive

In season three of Summertime, Sofia decided to work with professional photographer Federica. When they initially meet, Federica seems nice, but every time after that, she acted like a different person, even calling Sofia a “disaster.” Federica had no regard for Sofia’s feelings whatsoever.

RELATED: Game Of Thrones: 9 Characters Who Abused Their Power For Personal Gain

The last straw involved Federica becoming intoxicated one day and acting inappropriately, which made Sofia uncomfortable. Sofia then had to push Federica away before leaving and never going back. To say Federica was a major disappointment would be an understatement.

Brad, an employee of Dana Sue’s, drank expensive liquor from her restaurant without paying. Before Dana Sue ultimately fired Brad, he drunkenly began hurling sexist insults at her, like saying how the kitchen was nothing without him and many female chefs don’t often succeed because they’re unable to take criticism. After his firing, Brad irrationally tried suing her for wrongful termination and then made a scene at the restaurant. After the way the character acted, viewers were more than happy to see Brad leave during Sweet Magnolias’ first season.

During Season 4 of Cobra Kai, viewers met Kandace, Tory’s maternal aunt. Kandace waits for Tory outside Cobra Kai’s dojo one day and expects to be given her mother’s disability insurance money. When Tory says her family needs it for necessities, Kandace claims that she knows the system better than Tory and will likely win custody of Brandon, Tory’s younger brother, after their mother dies, which means she would reap the survivor benefits. It’s obvious how Kandace only cares about herself while taking advantage of others.

When Allston was first introduced in The Queen’s Gambit, viewers could tell right away that he wasn’t exactly friendly. Throughout The Queen’s Gambit, Allston never had much concern for anyone but himself. This was especially evident with how he acted toward his wife and newly adopted daughter, Beth.

It became clear that Allston didn’t love at all, and that he thought they were nuisances. Viewers were glad when, after some time, Beth earned enough money to buy their family home from him, and he wasn’t seen again afterward.

5 Special: Olivia Doesn’t Care About The Feelings Of Others

In Special, Olivia is the boss at Eggwoke, and viewers are immediately made privy to how heartless she is. A perfect example would be Olivia blurting something personal out loud that one worker told her in confidence. The worker was mortified, but Olivia completely disregarded her negative reaction and told her to write about this experience for the website, as she thought it might engage their audience. Olivia is an inconsiderate character whose sole interests include bolstering her ego and the success of the company.

4 Firefly Lane: Dorothy “Cloud” Hart’s Tendency To Be Uncaring Was Because Of Her Addiction

Firefly Lane cuts between the past, present, and future of the characters. It’s during the past where we see the ways Cloud’s addiction impacted how she interacted with people, as well as her ability to be a good parent to her daughter. Cloud acted foolishly, then became cruel, which significantly impacted her daughter, Tully. A pivotal moment for Cloud is, after getting sober years later, when Tully visits her workplace and confronts her about being a terrible mother. It’s safe to say Cloud isn’t exactly a favorite character on Firefly Lane, but she did show remorse.

Ginny explicitly claims to have emotion, but her actions and dialogue prove otherwise. After moving to Wellsbury, Ginny, in an emotionless tone, comments that “everyone is so happy.” But what she notably lacks, more specifically, is compassion. After Ginny expresses how she wants to know about her mother’s, Georgia’s, family, Georgia at first doesn’t want to discuss them and hints at a troubled past. She does decide to tell Ginny about them later on. Though Ginny then understands, pressuring her mom to reveal painful secrets displays how compassionless she initially is.

2 Grace And Frankie: Janet Is Harmlessly Mean Without Any Shame

Janet is a part of Grace’s friend group. But unlike them, she shows the stereotypical traits of a snob and usually has a relatively expressionless face when interacting with everyone. Janet’s also extraordinarily nosy as she tries to pry into people’s lives. This is particularly evident during “The Landline.”

RELATED: 10 Anime Characters Who Look Mean (But Are Actually Nice)

Janet wonders why Grace uses a cane and, despite Grace attempting to brush it off as a sports injury, she pushes for the truth while showing positively no shame. Janet is a character who exasperated the others but generally doesn’t cause too much trouble.

1 Heartstopper: Tori Spring Is Stoic, But A Good Sister

Tori seems like a good person who means well. However, Tory also has a straight-to-the-point approach when communicating with people, especially her brother, Charlie. As they’re on their way to school in the pilot episode, “Meet,” viewers can tell she genuinely has a desire to know what Charlie is looking for in a boy, but shows a deadpan facial expression the entire time while doing so. Tori’s qualities are very refreshing to watch. Though definitely direct, it does suit her character and her no-nonsense attitude is quite admirable.

Next: 10 Emotionless Characters In Netflix Movies