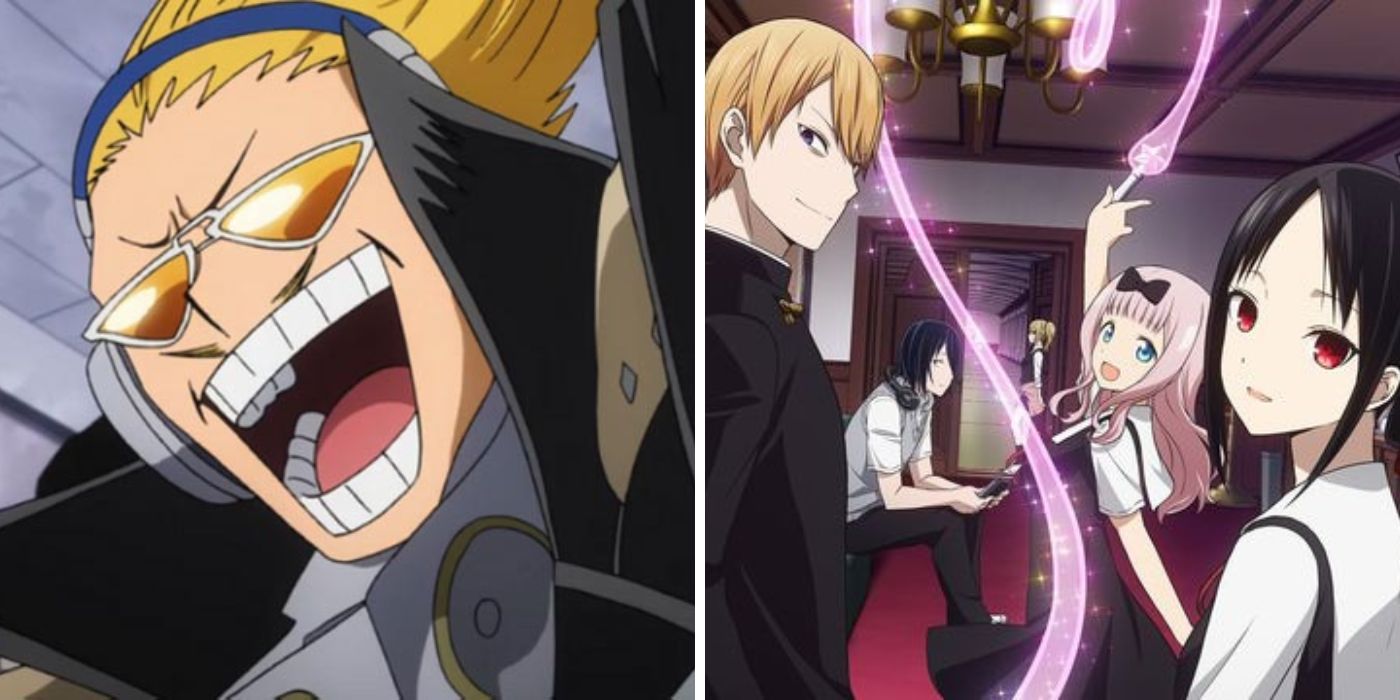 Kaguya-sama: Love is War exploded onto the scene in 2019 as a romantic comedy powerhouse. Its wacky cast of characters helped solidify its standing among audiences as one of the best that anime has to offer. The characters and dialogue are just two of the things that make the show so lovable.

RELATED: The Best Written Seinen Of All Time

My Hero Academia is another popular series that is often brought up alongside Kaguya-sama. Due to the wide variety of superpowers in the show, fans often ponder over what superpowers characters from other franchises such as Kaguya-sama would possess.

Kei Shirogane is the beautiful younger sister of Miyuki Shirogane. Though she appears shy, she has an aggressive side. The gorgeous Kei seems completely harmless, but her brother is all too familiar with the danger she poses. Miyuki is often the recipient of a blow or two from Kei when he is being too overprotective, and Kei has also been known to sabotage Miyuki.

With this in mind, Kei’s My Hero Academia Quirk would be “Aggressive Mimicry.” This phenomenon is used in the wild by animals to lure prey by lulling them into a false sense of security before striking, just like how Kei secretly harbors a destructive side when it comes to her brother.

Kei and Miyuki’s father, affectionately known as “Papa Gane” by the fandom, is an interesting man. Although he is jaded by his wife running out on him and his children, he does what he can to provide for his family. This includes becoming an internet sensation. Though his children are appalled that he’s “gone viral”, he seems to be having a lot of fun.

Because of this, Papa Gane’s Quirk would be “Viral.” He could take any image or video file on the internet and have it circulate within seconds. While it would not be a Quirk that could easily translate in the Hero field, it would be a great asset from a marketing perspective. Papa Gane has not had the best luck in life, but hopefully, Viral could provide a solid job opportunity.

8 Maki Shijo Is Always In The Shadows

Maki Shijo is a distant relative of Kaguya Shinomiya, but that is not the only way she is an outlier. Maki is also helplessly in love with Tsubasa Tanuma. Unfortunately, he is already taken by her best friend, Nagisa Kashiwagi. Though Maki always stays in the shadows, she cannot help but wish that she was the one in Tsubasa’s arms.

Maki’s Quirk would be “Shadows.” She could melt and blend into any shadow she came across, sort of like Shihai Kuroiro but limited to only shadows. She could also move between shadows, allowing her to move extremely quickly. She would be invaluable as a hero, though she must try her best to not abuse her powers for personal gain.

Miko Iino is the Student Council Auditor and a freshman at Shuchiin Academy. Her hard-line stance on decorum and rules does not make her the most popular among her peers. As such, Miko is often seen listening to motivational tapes to boost her confidence.

Though Miko seems harsh on the outside, she is actually really self-conscious. Therefore, her Quirk would be “Vote of Confidence.” This Quirk would allow her to use her words to help others. A few short phrases from Miko could boost the strength, accuracy, or agility of any hero she targeted. It could also weaken enemies. Miko’s pep talks might not boost her own morale, but they certainly could spur on a heroic army.

6 Ai Hayasaka Is A Master Of Disguise

Ai Hayaska is another student at Shuchiin Academy. She is also Kaguya’s detail. Since she is constantly tied to Kaguya, she has little time for herself. She also has taken great steps to conceal her true mission so as not to compromise it. As such, Hayasaka wears many disguises with varying degrees of believability.

RELATED: Kaguya-Sama: 10 Amazing Pieces of Hayasaka Fan Art You Have To See

Hayasaka’s Quirk would be “Master of Disguise.” With it, Hayasaka would be able to disguise herself as anyone, including fictional characters, as long as they were human. In this way, Hayasaka would be better able to protect her identity without compromising her mission.

Yu Ishigami is the Treasurer of the Shuchiin Academy Student Council. Though he always tries to do the right thing, his bad luck seems to get the better of him. Because of this, Ishigami is often depressed and pessimistic, yet still tries to do what is best at the moment.

Due to Ishigami’s personality, his Quirk would be “Gloom.” He would be able to send out a cloud-like substance like the one used by Midnight that would cause everyone who inhaled it to become so sluggish that they lose their will to fight. With this Quirk, Ishigami could diffuse volatile situations before they occurred, making him a highly sought-after hero.

4 Chika Fujiwara Is A Talented Teacher

Chika Fujiwara is the Shuchiin Academy Student Council Secretary. Her love and games and mischief makes her one of the more endearing characters in the fandom. Fujiwara loves taking on new challenges, especially where the President is concerned. She has coached him through singing lessons, taught him volleyball, and even taught him how to rap.

For these reasons, Fujiwara’s Quirk would be “Teacher.” Teacher would allow her to teach any skill to any student regardless of talent as long as Fujiwara already knows how to do it herself. It may be an incredibly strong power, but only Fujiwara would be able to make full use of it.

3 The Narrator Tells The Story

A large part of what makes Kaguya-sama so beloved by fans is the narration that occurs throughout, especially in the English dub. The Narrator practically becomes a character himself, leaving audiences rolling on the ground in laughter. The show would not be the same without him.

Therefore, it is fitting that he receives the Quirk “Story Time.” With Story Time, for fifteen minutes a day, anything the Narrator says would come to pass. Much like Shinso’s Brainwashing Quirk, Story Time would compel the people in the Narrator’s tale to do as he says. Fans won’t complain as long as he makes Shirogane and Shinomiya end up together.

2 Miyuki Shirogane Has A Piercing Glare

Miyuki Shirogane is the President of the Shuchiin Academy Student Council, the top of his class, and the love of Kaguya Shinomiya’s life. He is also infatuated with her, and the two dance around each other, waiting for the other to confess. Shirogane strives to be the best in every aspect of his life, leading some people to be intimidated by his sharp blue gaze.

Shirogane’s Quirk would be “Piercing Gaze,” based on his steely eyes. With this Quirk, Shirogane could pin enemies where they stand with just a glance. The villains would be unable to move for a full day or until Shirogane decides to let them go. Shirogane would become even more of a formidable foe than he is already.

Kaguya Shinomiya is the Vice President of the Shuchiin Academy Student Council and is the second in her class. Though she would never admit it, Kaguya is in love with Shirogane and desperately wants him to confess to her. Kaguya is wickedly brilliant and has a photographic memory. She can easily reproduce techniques simply by watching them once.

As such, Kaguya’s Quirk would be “Replicate.” With just one look, Kaguya could replicate any task. If she saw someone shoot a three-point shot in basketball, she would be able to replicate their muscle movements and do the same. Kaguya’s rock-solid memory would come in handy for many Pro Hero Agencies.