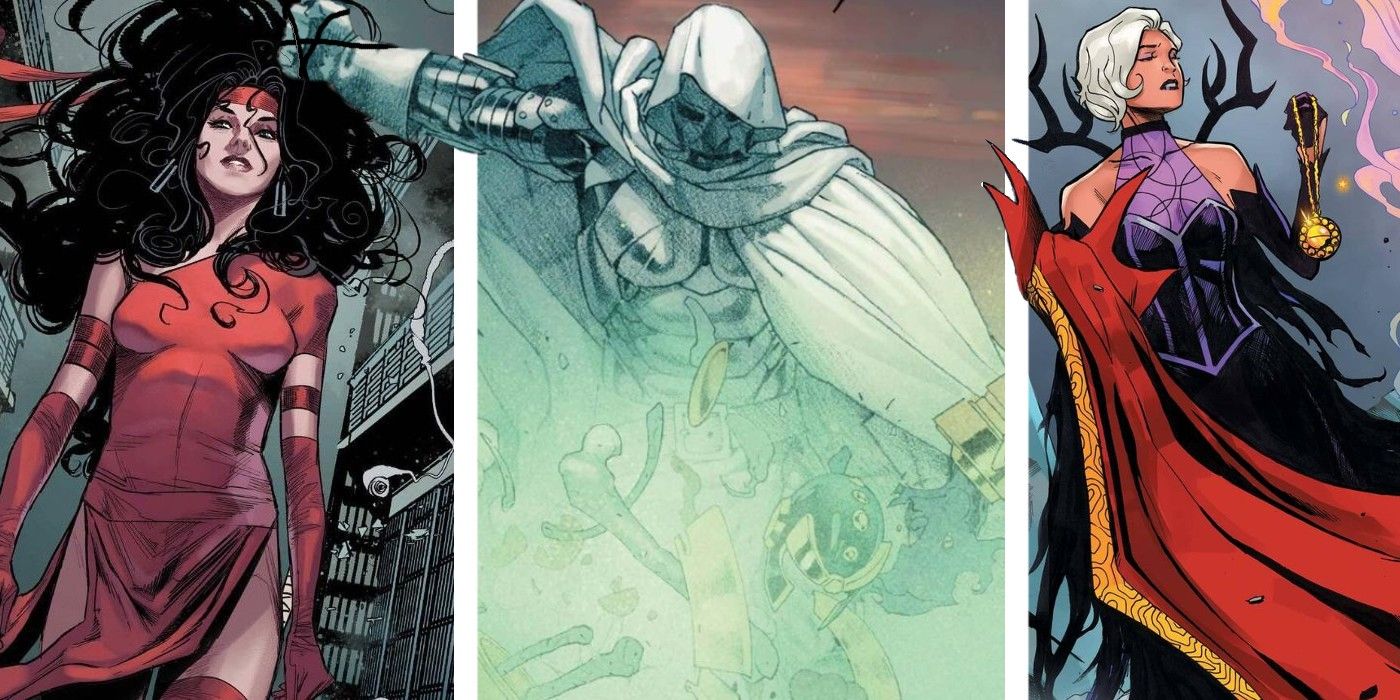 Romance in comics is hard to avoid, and for the characters within the stories themselves — especially those who’ve been around for decades — romance is even harder to ignore. Daredevil for example, has had multiple relationships over the years, three of who have died. Lucky for him, at least one of them has come back to life.

For every superhero who finds themselves in a loving relationship, there is a supervillain who is there to ruin it. Jealous enemies like Doctor Doom will go to the greatest extremes to seize what they desire. If there is any relationship advise to learn from comics: don’t make any deals with the devil.

Milla Donovan first appeared in Brian Michael Bendis and Alex Maleev’s Daredevil. After Daredevil rescued the blind woman, quickly fell for each other. However, because Matt Murdock’s identity as Daredevil was known to the public, he was constantly attacked in both his civilian and superhero life. After almost being killed multiple times, Milla sought out therapy to help deal with the stress of being with Matt Murdock.

Milla eventually lost control and accidentally killed a civilian by pushing them into an oncoming train. It’s revealed that an old foe, Mr. Fear, was posing as Mill’s therapist and dosed her with fear gas, which caused irreparable mental damage. Matt Murdock was denied visitation rights, as it was deemed that he was the root cause of Milla’s problems.

9 Mystique Shapeshifts Into An Adulterer

Raven Wagner, also known as Mystique, married nobleman Baron Christian Wagner in order to gain wealth and social status. He was unaware that she was a shapeshifting mutant, and their multiple attempts of getting pregnant failed. Having no love in the marriage between the two of them, Mystique quickly fell for and seduced another mutant, Azazel

RELATED: 5 Mutants Who Deserve A Solo Series (5 Who Don’t)

Afraid of losing her social status as the Baroness, Mystique murdered the Baron in his sleep to prevent him from discovering her infidelity. Mystique eventually gave birth to Kurt Wagner (Nightcrawler). Frightening the village people with their demonic appearance, they were outcast from the castle.

8 Mockingbird Sacrifices Her Life For Hawkeye

Mockingbird and Hawkeye initially meet in a 4 issue miniseries Hawkeye (1983), written by Mark Gruenwald, where they team up to defeat a villain named Crossfire. The two begin a romantic relationship, and they establish the West Coast Avengers. Their relationship starts to have trouble when Mockingbird is brainwashed and manipulated by the Phantom Rider, who convinces her that she’s in love with him. When Mockingbird gains control of her mind again, she has the chance to save Phantom Rider, but lets him die as he falls off a cliff. Hawkeye seriously disproves of her actions. After a long time apart, they have a brief reconciliation, however Mockingbird sacrifices her life to protect Hawkeye from Mephisto.

The Merc with a Mouth, Wade Wilson’s incredible healing factor has allowed him to brush with death multiple times, eventually developing a love for Mistress Death. However, the Mad Titan himself, Thanos, also has his eyes set on Death — aiming to wipe out half of the universe’s population to impress her.

In order to prevent Deadpool and Death’s relationship, Thanos curses hDeadpool with a “spell of darkest necromancy” which ensures that Deadpool will never die. However, Thanos later removes Deadpool’s condition in order to kill him.

In Jonathon Hickman’s Secret Wars (2015), Earth 616 collides with the Ultimate Universe, causing an incursion and creating Battleworld. On this planet, Doctor Doom becomes the ruler, using power from the Molecule Man to become God Emperor Doom. Doom uses his power to manipulate the population, marrying Sue Storm and making himself the father of her children, Franklin and Valeria Richards.

Doctor Doom, Sue, and their kids lived this way for eight years, until the survivors of the main Earth — including Reed Richards — discovered the truth behind Battleworld and banded together to usurp Doom and fix the multiverse.

It’s hard to think of a more iconic comic couple than Peter Parker and Mary Jane. They are in love for three live action movies, and Mary Jane is Peter’s primary love interest for over 40 years. This all comes to an end in a controversial 4 issue storyline titled One More Day, written by J. Michael Straczynski and Joe Quesada.

In the storyline, Aunt May suffers from the gunshot wound she receives during Civil War. Peter tries everything he can to save her, enlisting help from Doctor Strange, Doctor Doom, the High Evolutionary, Doctor Octopus, and Reed Richards, to no avail. This is when he agrees to a deal offered by Mephisto. Aunt May’s life is saved, but history is changed — erasing Peter and Mary Jane’s marriage.

4 Elektra Is Killed By Her Own Blade

Another woman in Daredevil’s life, Elektra and The Man Without Fear often team up and have a deeply caring relationship with each other. At one point, they combine forces to fight Bullseye who has lost control due to a brain tumor. Later, Elektra and Daredevil’s relationship underwent major shifts when Kingpin hired Elektra as his chief assassin, replacing Bullseye.

Elektra was then assigned to kill two of Matt Murdock’s closest allies, Ben Urich and Foggy Nelson. She spared their lives, however, Bullseye soon returned. To regain his position as chief assassin, Bullseye stabbed and killed Elektra with her own sai. Elektra died in Daredevil’s arms.

3 Cyclops Telepathically Cheats On His Wife

Scott Summers has had many relationships throughout his time as an X-Man, the most serious and endearing being the one he has with Jean Grey. After they are married, Scott is possessed by the mutant Apocalypse, whose mind control has lingering effects on the X-Men’s leader. In time, this effect on Scott leads to the degradation of his relationship with Jean.

Taking advantage of Scott Summers in this vulnerable time, Emma Frost tempts him, and the two have an extramarital telepathic affair. Feeling conflicted, Cyclops leaves the X-Men in order to sort out his true feelings, but before he can make a decision, Jean Grey dies.

Clea is the Sorcerer Supreme of the dark dimension, and niece of Doctor Strange’s adversary Dormammu. The two sorcerers fall in love with each other and are married for a time. They spend a lot of time apart, and living in two different dimensions starts making things complicated. While their relationship seems to come and go, it’s proven they both have deep feelings for the other.

When Doctor Strange is forced to ask Mephisto for help in saving the multiverse from Galactus, a deal is made. In exchange for Mephisto’s help, Doctor Strange has no choice but to meet Clea at her home and completely erase her memory of their relationship.

1 The Green Goblin Flings Gwen Stacy To Her Death

Taking place over Amazing Spider-Man #121-122, written by Gerry Conway with art by Gil Kane, the Green Goblin cements his place as Spider-Man’s greatest nemesis. Norman Osborn abducts Spider-Man’s girlfriend, Gwen Stacy, and throws her off the side of the Brooklyn Bridge. In his attempt to save her, Peter Parker’s webs inadvertently kill her due to whiplash.

This story has major significance in comic history as it’s one of the first incidences where a major character is killed, shocking audiences at the time. It’s also speculated that this story marks the transition from the Silver Age of Comics into the darker Bronze Age.

British multi-millionaire, 52, arrested in Dubai after being accused of £1.3bn Danish tax fraud