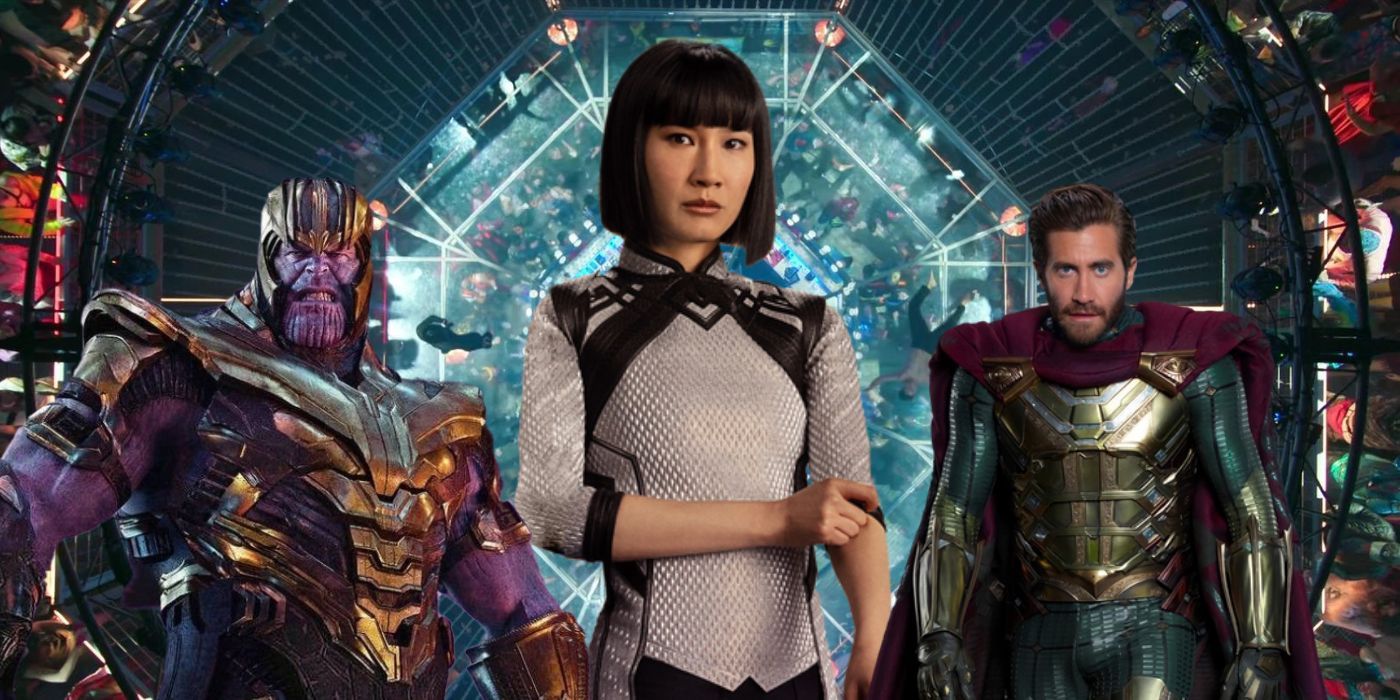 One of the most exciting parts of Marvel Studios’ Phase Four is the introduction of the Disney+ series, wherein smaller, interwoven stories can be told through a serialized format. It’s a venture the studio has waded into several times before, but in this phase, it appears they’ve hit their stride when it comes to effectively producing and integrating television shows within the MCU.

The MCU has only scratched the surface of what they could explore through this new medium; particularly when it comes to their villains. Though most MCU villains meet their demise at the end of the films they appear in, some of the most compelling antagonists are still lurking in the shadows with stories from their past and present waiting to be told.

The last time fans saw Ava Starr – aka The Ghost – she had gone into hiding with her caretaker and father figure, Bill Foster, while they waited for Scott Lang and company to find a cure for her illness in the quantum realm. The problem: every single person involved in her recovery disappeared for five years.

If Starr remained un-snapped by Thanos, this is still essentially a death sentence for her. The series could follow the Ghost as she accepts her coming death and attempts to make peace with those that wronged her in her youth; at first through vengeance, though ultimately through acceptance. It would be a tale about letting go of old ghosts and accepting one’s life for what it is.

First seen in Shang-Chi and the Legend of the Ten Rings, the Golden Daggers Club is an underground fighting ring based in Macau run by Shang-Chi’s sister and current Ten Rings leader Xu Xialing and her partner Jon Jon. The venue allowed super-powered combatants to fight each other for sport and money.

RELATED: 10 Fights Fans Want To See In The MCU

A Golden Daggers Club series could focus on the first tournament Xialing had to create to survive and feature a contest of lesser-known Marvel characters with unique, interesting powers. Perhaps to earn the respect of the community, she has to fight her way through her own tournament, proving herself to be the world’s most dangerous fighter.

8 The History Of Ikaris Is Full Of Possibility

A common criticism lodged at 2021’s The Eternals was Ikaris’ seemingly blind and illogical devotion to the Celestials. In a movie about connection, humanity, and the changing nature of time, his character arc seemed almost entirely devoid of these themes.

One way to mend this would be to explore Ikaris’ past more. This series could be a century-spanning epic that introduces characters like Hercules or the first Black Panther. It could also be interesting to see the rise of the superheroes from Ikaris’ POV. For someone as purpose-driven as Ikaris, finding out the world may no longer need you as a protector could be existentially devastating.

Justin Hammer and Adrian Toomes are great characters with powerhouse performances to back them up, yet they’ve both been tossed into prison and forgotten about. Perhaps in the immediate wake of The Blip, all criminals involved in super-powered crime are immediately transferred to the Raft (which would allow it to resemble its comics’ counterpart more closely).

Unable to even determine if his family survived in the notoriously Draconian facility, Toomes could enlist the help of a broken yet once brilliant Justin Hammer. Hammer, who had spent his life competing with Tony Stark, would have his own, darker version of a “cave with a box of scraps” arc, as he works with Toomes to escape.

While the MCU primarily shows The Ten Rings as a conquering, quasi-imperial force, their presence as a clandestine organization is equally fascinating. With a finger on the pulse of emerging technology, cultivation of and access to skilled field assets, and a willingness to venture into morally gray areas, they’re actually quite similar to S.H.I.E.L.D.

Set before his fateful journey to Ta Lo in 1996, this period piece could follow Xu Wenwu as he oversees and engages in a Cold War of sorts with S.H.I.E.L.D. over technology, and – depending on the time period – could feature characters like Hank Pym, Phil Coulson, and Howard Stark.

5 The Vision Needs To Figure Out Who, Or What, He Is

The spectrum of robotic beings in the MCU is defined by the Vision – a being with such compassion and trust that he can fall in love – and Ultron – a being so cold and logical that he tried to extinguish all life on Earth. At the center of this sliding scale is the newly created White Vision.

RELATED: 5 Questions Phase 4 Has Yet To Answer

This new synthezoid provides a unique opportunity for storytelling; here is a Vision that must choose between humanity or robotic solipsism all the while trying to find his place in the world. It could also provide an introductory point for the popular comic book character Amadeus Cho, the son of Helen Cho, the scientist who created Vision’s body.

Quentin Beck met a seemingly decisive end in 2019’s Spider-Man: Far From Home, but for a character as versed in deception and illusion as he, it’s a little hard to accept that he’s truly gone.

Mysterio’s character is defined by his obsession with appearance and his need for validation. If he did fake his own death, the fact that he’s now a global heroic martyr is likely a dream come true; the fact that he can’t enjoy that because he needs to keep being “dead” is likely a nightmare. This inner conflict could explode in a multitude of ways, possibly with Mysterio’s “resurrection,” a cult of followers devoted to him and his fictitious lore, and a private investigator – like Jessica Jones or Jessica Drew – working to uncover his lies.

3 Fans HAve Yet To See Thanos Destroy Xandar

Avengers: Infinity War saw Thanos collect every single Infinity Stone except one: the Power Stone. Referenced as an offscreen event, the stone was acquired by “decimating” the planet Xandar. Seeing as Thanos is usually only violent when necessary, this could imply that there was a two-sided, symmetrical conflict over this Stone.

Aside from seeing more of the Black Order and the Nova Corps, this drawn-out battle could humble Thanos in a profound way, showing him firsthand the limits of his power without the Stones. After all, the Titan had always been shown to be a smug, almost lazy tyrant that ordered others around from his chair; perhaps the Siege of Xandar turned him into a true leader.

2 The Tragedy of Hela Odinsdottir

Though Hela is presumed to be dead (or at the very least locked in eternal conflict with Surtur), her unexplored past lends itself to a particularly engaging series: most notably the opportunity to explore Asgard during wartime and the sins of a younger Odin.

Though Odin eventually ushered in an era of untold peace, this was not until after he exasperated the bloodshed and molded Hela into an unfeeling weapon. The conflict of Hela being cast out in his pursuit of a cleaner legacy offers a complicated Asgardian tale that has yet to be seen within the MCU.

The Grandmaster and the Collector, despite never interacting on screen, are actually brothers, They also happen to be two of the most eccentric and arresting characters in the entire MCU. Imagine The World According To Jeff Goldblum but set in the vast and yet-to-be-explored cosmos of the Marvel Universe, with Benicio Del Toro along for good measure.

Exploring the long and likely fractured relationship of these two brothers as they travel the galaxy in an absurd and psychedelic fashion, searching for strange new oddities to collect while finding themselves and each other along the way would almost certainly be a hit with fans.

NEXT: 10 Best Characters In The MCU Disney+ Shows

Supreme Court Ruling Causing Confusion In Michigan, Even Though Abortion There Is Legal