10 Movies That Are Basically The Same As Another Movie 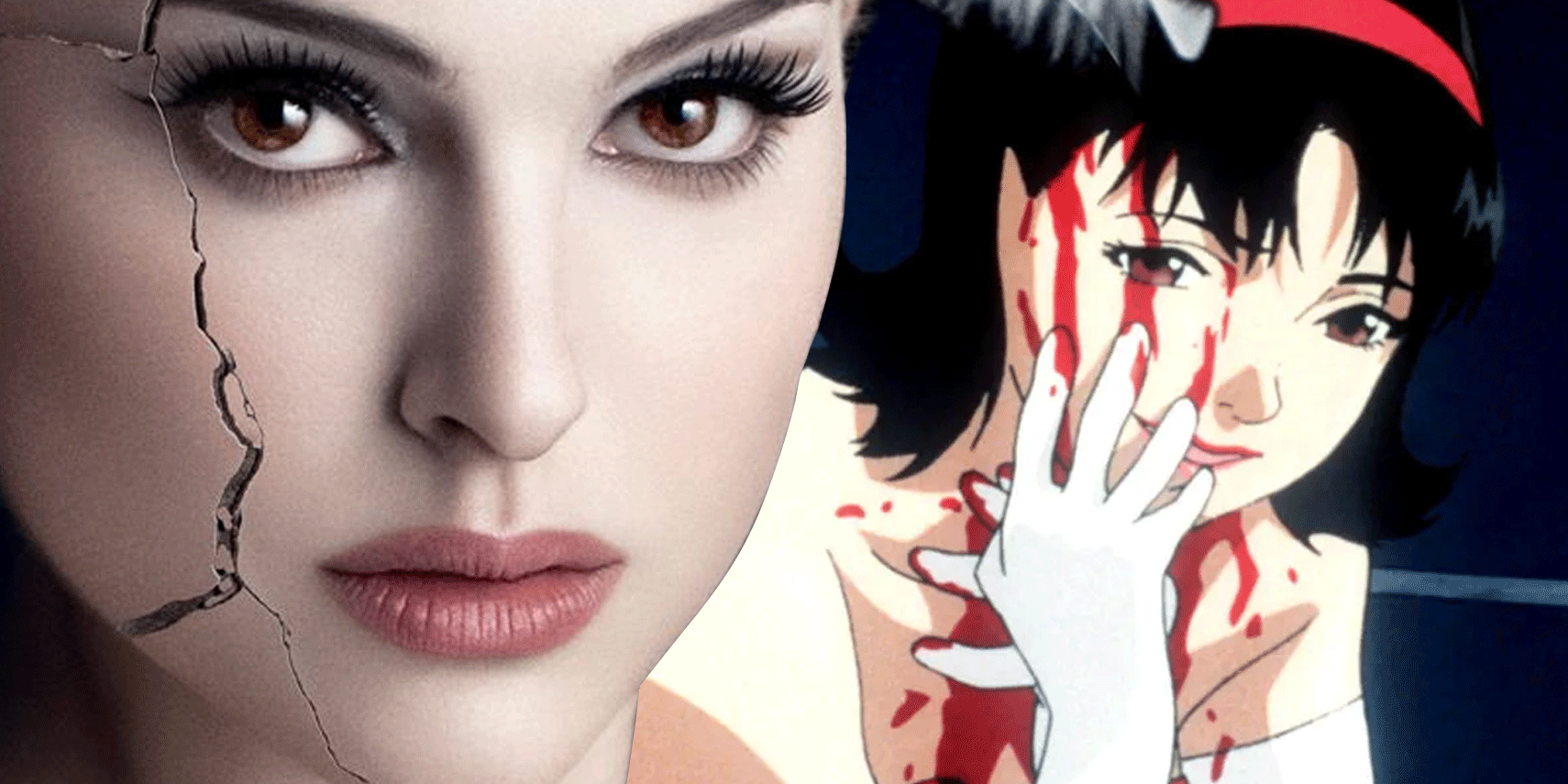 Movies sharing genre conventions or storytelling tropes isn’t anything new, nor is it cause for alarm. That said, there are some strange cases when a movie has so many parallels to another title that it surpassed being a homage or tribute.

RELATED: 10 Movie Remakes No One Asked For

For example, Pixar’s Cars was accused of plagiarizing Doc Hollywood, and Batman V Superman: Dawn of Justice had a near-identical plot to Captain America: Civil War. Whether it was intentional or not, some films were so similar to others that they were accused of being rip-offs. Some were even officially declared as rip-offs by the court.

A lot has been said about how Armageddon and Deep Impact are practically the same movie. Though there are many parallels, Armageddon is still an action movie that’s focused on the asteroid’s destruction, while Deep Impact is a multi-perspective drama about the same disaster. Instead, a better comparison to Deep Impact is Greenland.

Greenland focuses on the Garrity family’s escape to a bunker as a world-ending comet hurtles towards Earth. Leo Beiderman and his family went through this event in Depp Impact, right down to the lottery and the emotional turmoil it caused among neighbors. Both movies ended with the families surviving hard times and living to see a post-comet world.

2016 was a big year for the superhero genre, as the DCEU and MCU released a major crossover movie in the same year. By pure coincidence, Batman V. Superman and Civil War were about their respective cinematic universe’s heroes fighting each other. What’s more, the ways and reasons why they fought were strikingly similar.

To wit: the superheroes accidentally caused a catastrophe, the government demanded punishment, and a shadowy, superpower-hating villain used the chaos to sow infighting among the heroes and ruin their reputations. The only difference is that Batman V. Superman ended with Superman’s death, while none of the Avengers died in Civil War.

After ending with Ocean’s Thirteen, Steven Soderbergh’s Ocean’s trilogy was revived with Gary Ross’ spin-off Ocean’s 8. Here, Danny Ocean’s younger sister, con artist Debbie Ocean, pulled off the perfect heist with her team. That said, Debbie’s con was essentially a remake of her brother’s, and it wasn’t just because of this base premise.

Ocean’s 8 retreaded Ocean’s Eleven, including specifics like a heist worth at least $150 million, the opening parole hearing, and even the snappy editing. The most egregious imitation was Debbie and Lou’s dynamic, which repeated Danny and Rusty’s. Like the latter, Debbie and Lou almost fell out when Debbie revealed the heist was a matter of revenge.

7 Barb Wire Is A Dystopian And Gender-Flipped Casablanca

Casablanca is one of those classics that every filmmaker wishes they could make, which is probably why Barb Wire exists. On the surface, David Hogan’s comic book movie is just an edgy action vehicle for Pamela Anderson Lee. In truth, Barb Wire is a gender-flipped Casablanca set in a war-torn America instead of Morocco in 1941.

Without exaggeration, Barb Wire is a beat-for-beat copy of Casablanca. In Casablanca, the jaded club owner Rick rejects his cynicism to help his old flame and her lover escape the Nazis. Barb (also a barkeep and part-time mercenary) did the same thing in Barb Wire, with the only difference being that she shot the villains instead of outwitting them.

6 Outland Is Just High Noon, But In Space

A common way to adapt an older story for a contemporary audience is to set it in space, which is what writer/director Peter Hyams did for High Noon. Instead of simply remaking the classic Western, Hyams transplanted the story of an aging lawman defending an apathetic town from the old American West to a space station.

Hyams’ Outland barely toes the line between homaging and plagiarizing High Noon by tweaking certain details and subplots, such as replacing the outlaws with a mine’s corrupt enforcers, or switching thecentral romance to a familial one. Depending on who’s asked, Outland is either a great example of homage or a lazy form of inspiration.

5 Airplane! Is A Direct Remake Of Zero Hour, But With Jokes

Broadly speaking, Airplane! is a parodic pastiche of countless airplane-themed disaster movies from the ’70s, but it takes the most inspiration from Zero Hour. This isn’t just because both films are about a wartime pilot saving a plane after the crew succumbs to food poisoning, but because Airplane! is Zero Hour with punchlines.

The story goes that writers/directors Jim Abrahams and the Zucker Brothers caught Zero Hour on TV and riffed it for fun. Airplane! lifted so many conversations and scenes from Zero Hour that the trio felt obligated to legally secure the original movie’s rights. For $2,500 (roughly $9,000 today), they were allowed to remake Zero Hour.

Escape From New York and even its polarizing sequel Escape From LA are revered as two of the most influential cult action movies ever made, and their impact on the genre can still be felt today. Snake’s lasting influence endured so much that it inspired directors Stephen Saint Leger and James Mather to remake it. However, they did so without legal permission.

Lockout’s Marion Snow imitated Snake’s personality and his begrudging rescue mission in a supermax prison, which even included specific beats like saving the president’s daughter. A French court sided with director John Carpenter when he sued Lockout for plagiarizing his Plissken movies, and he and writer Nick Castle were financially compensated.

3 A Fistful Of Dollars Was An Unlicensed Yojimbo Remake

It goes without saying that Akira Kurosawa made some of the most influential movies of all time. This includes Yojimbo, which is the story of a wanderer who saves a town by playing both sides of the local gang war. Yojimbo was so famous that it was remade legally and illegally many times, with A Fistful Of Dollars being its most famous bootleg.

Sergio Leone’s iconic spaghetti Western followed Yojimbo’s story to the last letter, so much so that Kurosawa and the studio Toho successfully sued him for plagiarism. Kurosawa wasn’t opposed to American remakes of his films, as proven by his high praise for The Magnificent Seven, but he wanted to be properly credited for his work.

An interesting commonality among Pixar’s Cars movies is that they all take notes from older movies. To wit, Cars 2 is a homage to James Bond’s campy adventures, while Cars 3 is a mash-up of sports movies, especially the Rocky series. Though the sequels are collages, the original Cars is an almost scene-for-scene Doc Hollywood clone.

In Doc Hollywood, the arrogant big city surgeon Ben finds himself trapped in a small town after causing an accident. While serving out his community service, Ben learns the value of small-town life and emptiness of being a celebrity. Lightning McQueen goes through the same realization, the only difference being that he’s a racer and a talking car.

Black Swan isn’t just Darren Aronofsky’s most well-known movie, but probably his most controversial one as well. The surreal movie focuses on a performance artist’s struggle with pressure and her loss of innocence as she throws herself into her chosen art scene, and this is the same story as Satoshi Kon’s classic anime movie, Perfect Blue.

From the way scenes were blocked to the story’s flow, Black Swan could pass for a live-action Perfect Blue. This also happened with Aronofsky’s previous movie, Requiem For A Dream, which lifted many scenes as well. Aronofsky acknowledged the similarities but excused them as homage, which didn’t sit right with fans of Kon and anime in general.

NEXT: Green Knight: 10 Similar Movies For Fans To Check Out