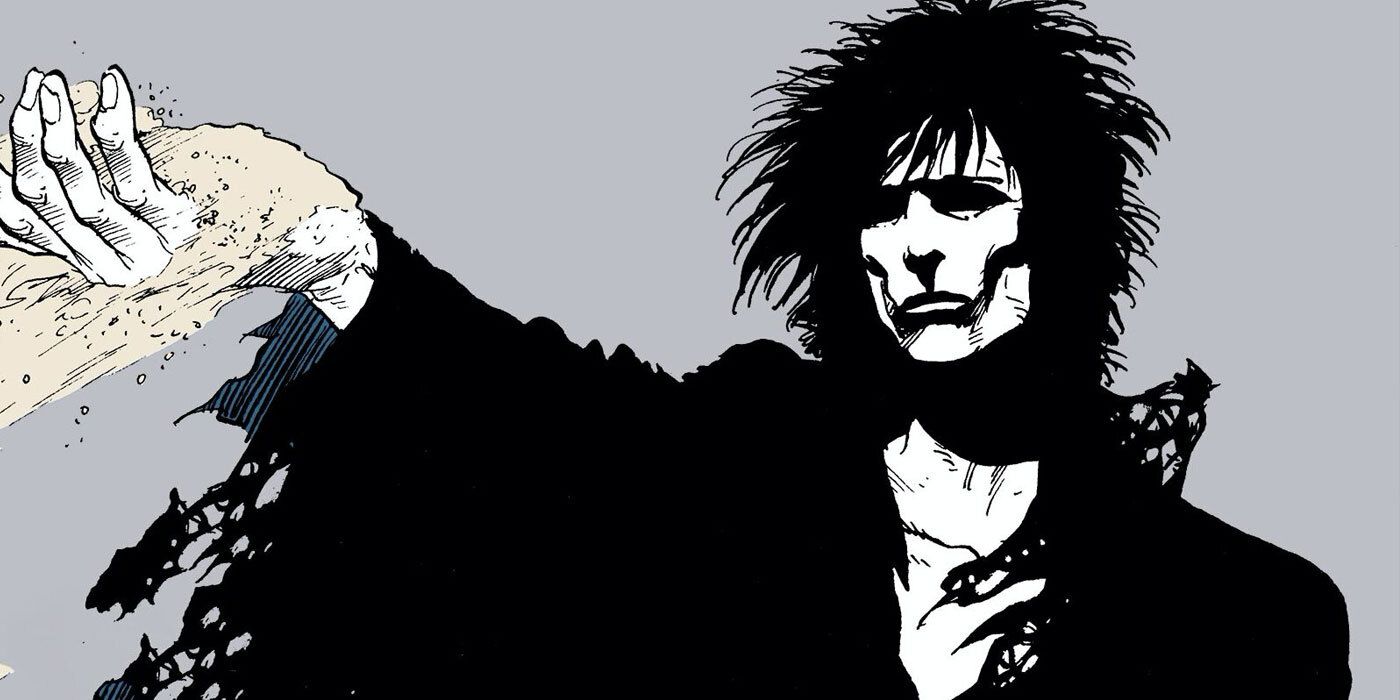 Neil Gaiman’s The Sandman has been a massively influential comic and is finally leaping to live-action with the upcoming Netflix series. Since its 1989 debut, The Sandman has been through many changes in what it was and how it’s perceived. It wasn’t the juggernaut it is today right off the bat, but it’s since become the perfect gateway comic, a book that could make anyone love the comic medium.

The Netflix adaptation will bring a lot of eyes to the comic, and there are many interesting little things for new fans to know about the comic. It’s a masterpiece of plot and characters with a fascinating real-world history.

10 Alan Moore Taught Neil Gaiman To Write Comic Scripts, And It Shows In The Early Issues

Neil Gaiman was a journalist before he ever wrote comics. However, Alan Moore’s Swamp Thing got him back into reading comics, and eventually, the two met. One night at dinner, Neil asked Alan how he wrote a comic script, and the comic writer laid it out for Gaiman. Moore played a huge role in Gaiman’s early work, especially the first two volumes of The Sandman.

Reading Moore’s Swamp Thing and The Sandman: Preludes And Nocturnes shows Gaiman writing much like the writer from Northampton. Of course, Gaiman would eventually find his individual voice in the book, but it was very Moore for a while.

The Sandman is considered the most important Vertigo book of them all, which is true and false. It was the bestselling book for the imprint while it was being published, but Vertigo only started in 1993. The Sandman ended in 1996, so it was only a Vertigo book for about three years. However, its success, along with other books by British creators, did make Vertigo possible.

The Sandman is a book that is actually profoundly steeped in DC lore, pulling from Jack Kirby DC books, Swamp Thing, the Justice League, Infinity Inc., and more. People thinking the comic will be like some other Vertigo standalone series are in for a surprise with how much actual DC lore there is in it.

Michael Zulli drew multiple issues of The Sandman. He drew all the Hob Gadling-featuring issues and The Wake, the final story arc of the book, before a few single-issue stories that closed the book out. Zulli’s art was always great, but his work on The Wake was exceptional in a way that it wasn’t before. A big part of that was the fact that it was un-inked.

RELATED: 10 Novelists Who Worked On A Video Game

The Sandman is known for its overarching narrative but has some amazing single-issue stories. An early gem of these single issues was “A Midsummer Night’s Dream,” with art by Charles Vess. The story was the continuation of the Morpheus/William Shakespeare plot line in “Men Of Good Fortune” from issue 13, featuring Shakespeare’s troupe performing the A Midsummer Night’s Dream for the court of Faerie.

This issue is a classic and was nominated for and won a World Fantasy Award for Best Short Fiction. But unfortunately, this got people who looked down upon comics in an uproar, and the rules were changed so a comic could never win it again.

DC has put out a lot of comics that aren’t kid-friendly, many of which came from the Vertigo imprint. When most people think of the imprint’s comics, they think of the more risqué ones, like Preacher or The Invisibles. The Sandman was part of the raft of books “for mature audiences” that led to Vertigo, but it never went nearly as far as its fellows on the imprint.

There’s some tame, tasteful nudity, some horror, a bit of cursing, and one use of the F-word that’s lettered very small. It’s rather puritanical for a Vertigo book in some ways, although it was pioneering in its positive LGBTQ representation.

Trans representation in comics is pretty slim today, but it was even slimmer back when The Sandman was being published. The comic was always on the forefront of social issues and even beat a lot of modern comics when it comes to that sort of thing. A perfect example is A Game Of You, with artists Shawn McManus, Colleen Doran, and Bryan Talbot.

One of the characters in the story was Wanda, a trans woman afraid of surgery. While not everyone treats her as a woman, the story goes out of its way to ensure that readers know she is. It’s not perfect – she’s killed before the end of the story, and there’s some misgendering by more ignorant characters – but it’s better than anything else at the time, or perhaps even now.

4 The Endless Siblings Are Better Characters Than Dream

Dream is the book’s main character, but he usually takes a backseat, with other characters often taking the lead in any given story. The comic also introduces the Endless, the six brothers, sisters, and sister-brother of Dream. The Endless are great recurring characters, with most of them actually being better characters than Dream.

That’s not to say Dream is a bad character, but he’s not as much fun as Desire, as lovable as Death, as boisterous as Destruction, or as entertaining as Delirium. Even Destiny and Despair get some standout scenes. Few books have as good a supporting cast.

The Sandman is one of the best-written comics, but it also has some fantastic art. One of the most striking aspects of the visuals is the covers. Dave McKean and Neil Gaiman were creative partners, working on Black Orchid together. McKean helped design the book’s characters for Gaiman’s pitch and got the cover artist’s nod.

McKean’s covers are true works of art. They combine traditional penciled and painted art with props that McKean built, sculptures, and so much more. They’re lovely and bizarre, striking covers unlike anything else then or now.

Unlike many of the most famous Vertigo books, The Sandman is not creator-owned. DC owns the characters therein, and they’re a part of the mainline DC Universe. DC could have kept publishing the book even after Gaiman left the comic, something another company certainly would have done, but they respected him and his work so much they didn’t.

The Sandman represents some of the best works of Gaiman’s career and is one of DC’s perennial bestsellers. The company has allowed Gaiman a remarkable amount of control over the property, with him even being asked to okay the current sequel books and involved in the creative processes for any adaptations, including the Netflix show.

1 It Helped Change The Way The Reprint Market Worked

There was a time when unless someone wanted a copy of Watchmen, The Dark Knight Returns, Crisis On Infinite Earths, or some other big book, they had to comb the back issue boxes. The Sandman changed that. Gaiman wrote long story arcs, each playing into his overarching narrative, and they were easily collected.

This made it easy for fans to get into the book, allowing more and more to learn about the kind of masterpiece The Sandman is. As the years went by, more comics were written like it, creating the present collected edition/graphic novel market.

NEXT: The Sandman: 10 Most Memorable Real People To Appear As Characters In The Series