10 Times Obi-Wan Kenobi Made Us Emotional 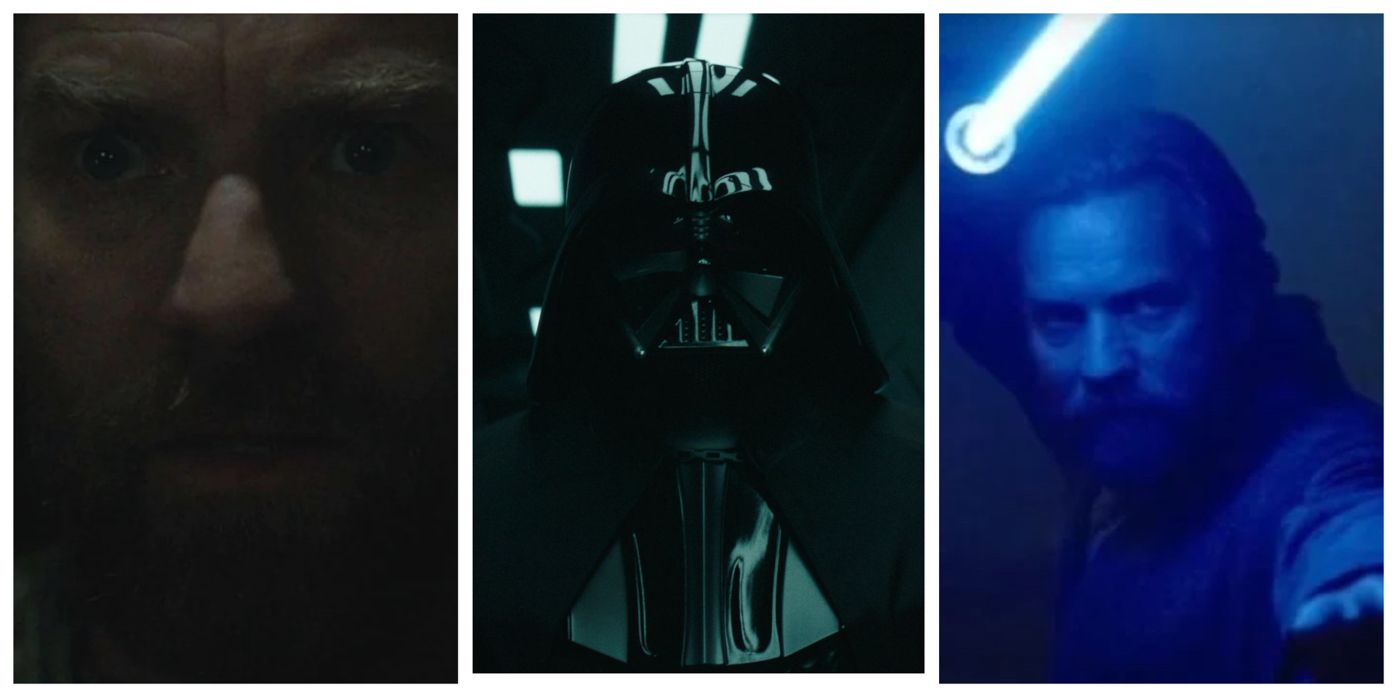 Dinsey+’s limited series Obi-Wan Kenobi was not short of emotional moments. Over six episodes, fans were reunited with Obi-Wan, played brilliantly by Ewan McGregor, as it picked up ten years after Episode III. Drawn out of hiding for a dangerous mission, Obi-Wan comes face to face with his former Padawan, Darth Vader.

The series had many callbacks to both the prequel and original trilogies. Old characters returned, new stories were told, and fans saw more of the dark time when the Galactic Empire reigned over the galaxy. Obi-Wan Kenobi is everything a die-hard Star Wars fan would want, building on the excitement the series has teased over years of development.

In “Part I,” Obi-Wan is seen keeping a close eye on Luke Skywalker. As Obi-Wan confronts Luke’s uncle, Owen Lars, he asks how the boy is doing. Owen rebuffs Obi-Wan; thinking that he only wants to know if Luke is showing signs of the Force. Owen also protests Obi-Wan’s calls to train the boy when the time comes for him.

As Owen reminds Obi-Wan of his greatest failure, the loss of Anakin Skywalker, fans cannot help but feel bad for the broken-down Jedi. He lost everything that he had, short of his life, and all he has left is to watch over the son of his thought-to-be deceased best friend. It shows how truly alone Obi-Wan is.

9 Obi-Wan Finds Out Anakin Is Alive

As Obi-Wan is recruited to rescue Princess Leia Organa on the planet of Daiyu, he crosses paths with Reva for the first time. Reva, or Third Sister, is a member of the Inquisitors that is hunting Obi-Wan in order to please Darth Vader. Obi-Wan and Leia get away at the last second, but not before Reva reveals to Obi-Wan that Anakin is indeed alive.

The news shocks Obi-Wan to his core and presents multiple challenges for him. For one, the years he spent feeling guilty over Anakin succumbing to the dark side seem to be in vain. But now, he feels even guiltier that he did not do what he could to help his best friend. And of course, he worries that Anakin will find out about Luke and Leia.

“Part III” gave viewers the first rematch of Obi-Wan and Vader since their fateful fight on Mustafar in Revenge of the Sith. It is clear that Obi-Wan is quite weak, and cannot match Vader’s monstrous force. Obi-Wan does everything he can to avoid a fight before being quickly defeated by Vader.

Forcing Obi-Wan into a fire, Vader wants his old master to feel the same pain he did on Mustafar. Fortunately, Obi-Wan is rescued by Tala and escapes. Vader seems to have not gotten over how, as he interprets it, Obi-Wan destroyed his life and caused him so much suffering. His irrational feelings are affecting the decisions he makes in hunting Obi-Wan.

Tala Durith was an Imperial officer who secretly worked to help scattered Jedi get to safety. Tala helps Obi-Wan keep Leia safe and out of the hands of Reva. When the group is cornered on Jabim by the Empire, Tala is mortally wounded in the fight. In her last moments, Tala closes the door on Obi-Wan and detonates a thermal detonator, killing herself and blocking the path.

Tala’s death was a gut punch to Obi-Wan. Even more heartbreakingly, Tala was most likely one of the hundreds of people who gave their lives in the name of the Jedi and peace in the galaxy.

“Part V” opens with a flashback sequence of Obi-Wan sparring with Anakin Skywalker back in the days of the Clone Wars. Anakin has great strength and an obsessive need for victory, something that clearly worries Obi-Wan.

RELATED: 7 Things Obi-Wan Kenobi Does Better Than Any Jedi

The flashback is pivotal because it shows how Anakin’s early actions inform how he acts as Darth Vader. Anakin feels that he must prove himself and, as Vader, that he will never be a true master of the Force until he has defeated Obi-Wan. Anakin’s need for victory causes him to make irrational decisions, and Obi-Wan takes advantage of that.

Reva was a youngling during Order 66 when Darth Vader massacred all the younglings at the Jedi Temple. She survived by playing dead and swore vengeance on Vader as he killed her Jedi family. Reva is heartbroken when Vader reveals that he knew she wanted to kill him and that he was just using her to get to Obi-Wan. She fights Vader, but is no match for him and is left for dead.

4 Anakin Is Gone…I Am What Remains

“Part VI” brings another showdown between Obi-Wan and Vader. With Obi-Wan at full strength, unlike in their last confrontation, he gains the upper hand on Vader and slices his helmet. Obi-Wan finally sees Anakin’s face and addresses him as Anakin rather than Vader. Vader responds: “Anakin is gone. I am what remains.” At this point, Obi-Wan knows that his friend is truly lost for good.

Obi-Wan shows Vader mercy and leaves him in his damaged state, just as he did in Revenge of the Sith. Obi-Wan accepts that Anakin is gone and there’s nothing he can do about it. His main concern is for the children and making sure that Vader does not find them.

3 Obi-Wan Tells Leia About Her Parents

In the finale, Leia finally returns to her parents on Alderaan, but is visited by Obi-Wan one last time. Obi-Wan admits to Leia that he made a mistake by not telling her about knowing her parents. He tells her that she has the best parts of both her mother and father, making one great person.

As Leia was clearly curious about her parents during the series, seeing the young princess finally learn about them is a big moment. Leia is quite a capable child and will one of the great heroes of the galaxy. It is heartbreaking that she and Obi-Wan most likely did not cross paths again, but the immense effect he had on her changed her life.

As Owen and Beru protected Luke from Reva, Obi-Wan returned to their farm. Obi-Wan agrees that Luke should grow up as an ordinary boy, not bound by the fate of his future. Owen swears to protect Luke as Obi-Wan continues to keep his distance. Owen then allows Obi-Wan to meet Luke for the first time since the child’s birth.

This emotional meeting also has Obi-Wan recite a fan-favorite line of his from the prequels “Hello there” as he gifts Luke the toy ship he tried to give the young boy at the beginning of the series.

At long last, Qui-Gon Jinn appears to Obi-Wan as a Force Ghost in the closing moments of the finale. Obi-Wan spent the entire series trying to communicate with his former master but was met with nothing but silence. Qui-Gon tells Obi-Wan that he was always there, but Obi-Wan was not ready to see him yet.

Fans had long suspected that Qui-Gon would return as a Force Ghost ever since the show was announced. It is great to see Liam Neeson return to the role of Qui-Gon after twenty-three years and ties perfectly to Obi-Wan’s character arc. Qui-Gon had a huge effect on Obi-Wan’s life, and it is exciting to know that they are able to communicate once again.

NEXT: 10 Best Performances In The Star Wars Sequels, Ranked