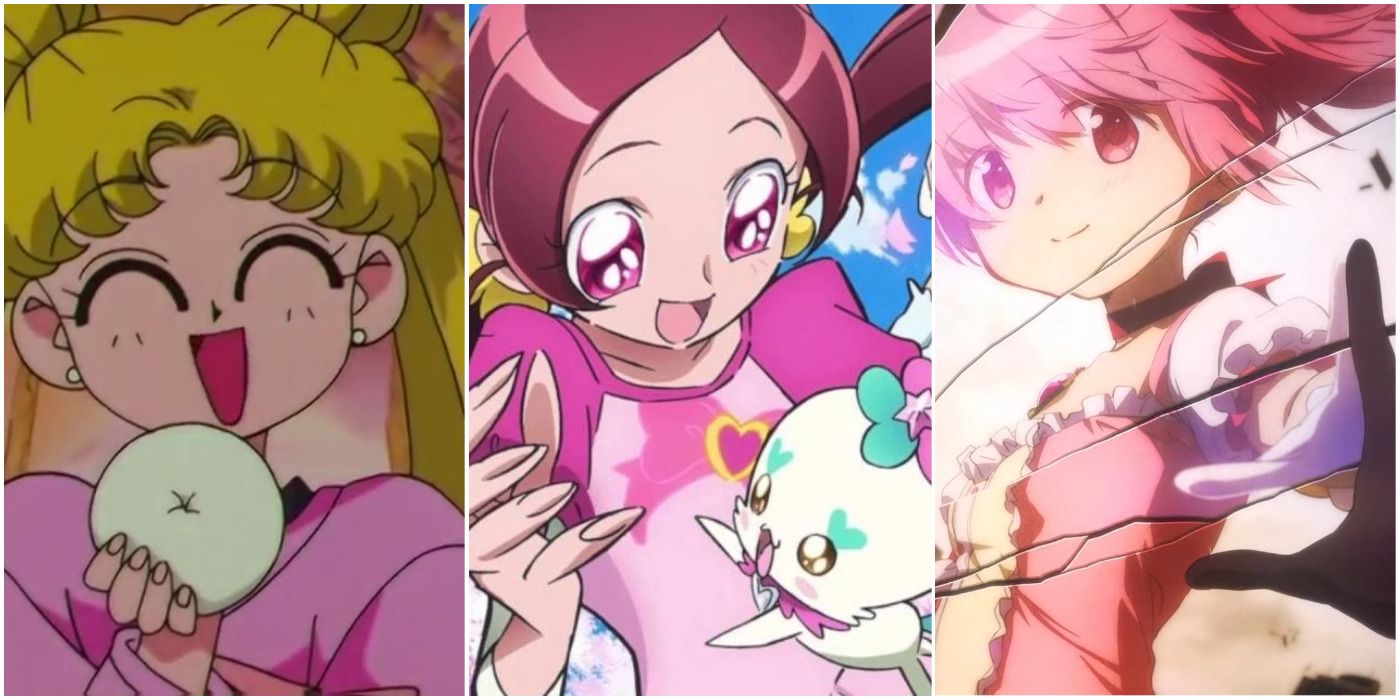 The magical girl genre has been around longer than most can remember. For decades, it’s left an impact on anime, with influential series that have changed the landscape of the medium as fans know it. They have a unique style that stands out among the rest and has even influenced Western animation.

RELATED: The 10 Best Magical Girls Of All Time, Ranked

While many of these characteristics are a staple of the genre and are part of what makes a magical girl series so great, they’re far from perfect. The genre is filled with flaws and overused tropes that fans have grown tired of over the years. While not all of them are bad, many magical girl trends have become cliché and ultimately bring down an otherwise great series.

10 Too Many Ditzy And Clumsy Protagonists

One particularly annoying trend found within magical girl series is the ditzy and clumsy protagonist. Many magical girl heroines fall into this category, and the trope stems back to decades-old series.

While it seems like nice irony to have a clumsy girl transform into a hero who saves the day, it gets old after seeing it so many times. These types of characters often all have the same exact personality too, making for a very boring main character and making it much harder to feel invested in the story.

Everyone loves a cute talking animal mascot in an anime. That is until just about every series throws one in and gives them the exact same role every time. Magical girl mascots appear at the beginning of the series and are usually the ones to grant the protagonist her powers.

They often have next to no personality of their own, apart from being cute comic relief. They also tend to be very annoying and naggy throughout the series. Overall, mascots are fine, but they become grating after a while and are an uninspired way to start off a magical girl series.

8 The Love Interest Is Always Boring

With nearly every magical girl series, the protagonist meets a cute boy at school and immediately falls head-over-heels. This boy has all the personality of a cardboard box and usually has little to no plot relevance, apart from being the heroine’s love interest.

It’s hard to understand why magical girl love interests are always so dull and boring, but they almost always end up that way without fail. Either way, it would be nice to see a much cooler love interest show up every now and again.

Sometimes, the magical girl is the sole star of her series. Nowadays, however, they’re more likely to come in groups. When a group of girls joins forces, there’s almost always that one girl who doesn’t like the main heroine for whatever reason.

Sometimes they’re on opposing sides, but other times, they just can’t seem to get along and compete against each other over everything. While it’s interesting to add in a rival character for the protagonist to butt heads with, it’s become a very overused trend that just about every magical girl series does now.

6 The Dark Magical Girl Trope Has Become A Big Thing

From even the earliest days of the genre, there has always been a “dark magical girl” trope, where one of the girls suddenly turns evil or is forced to change sides. It started out as an occasional thing, but nowadays, it’s a twist that nearly all series throw in.

Admittedly, it makes for great drama and an engaging storyline, but it’s something that magical girl stories seem to rely on far too much. It would be nice to see the genre mix things up more and try out new plots that have never been done before instead.

Magical girl transformation sequences have been a staple of the genre for decades. They’re a fun addition to any magical girl series that captures the essence of the heroine with color, animation, and music. While they’re considered one of the best parts of the genre by many fans, they admittedly make little sense in context.

It’s a bit jarring that the heroine suddenly has this big transformation in the middle of a heated battle, and somehow the villains stop everything long enough for this to happen. Not to mention, after years of transformations, many have begun to look the same. They’re an overused trope that sees little to no variation throughout the different series, and it’s high time they changed things up every now and then.

4 The Appointed Leader Is Always An Airhead

In a group of magical superheroes, it would be safe to assume that the chosen leader would be the most capable of them all. However, that’s hardly the case most of the time. The ditzy protagonist is usually appointed leader, simply for being the protagonist.

While it makes more sense to choose the strongest or the smartest of the bunch, magical girl groups always blindly follow behind the airheaded main character. It’s understandable that the protagonist would normally be the leader, but it’s frustrating that they can’t be a stronger, more serious one. This trope is probably one of the most annoying and makes the least amount of sense.

It’s commonplace for the protagonist of a magical girl series to fall for one of the cute guys in her class. She tries her best to win his affections, all while fighting to save the world every other day. However, the love interest often has no romantic feelings for her and, in a cruel twist of fate, falls in love with her heroine form instead.

This is an irritating trope that pops up every now and again to add some needless drama to the story. While it can be interesting at times, it’s definitely one of the magical girl trends that fans could do without.

2 Magical Girl Deconstruction Has Taken Over The Genre

For years, magical girl series all stayed relatively the same, sticking closely to the traditional format. However, that all changed once the idea of magical girl deconstruction was introduced. It takes the usual tropes and clichés and turns them on their head, creating a new perspective on an old genre.

However, with so many deconstruction series coming out, this trend has become a trope in and of itself. It’s all but taken over the genre, with some fearing the traditional magical girl may be gone forever. While it’s a creative way to portray magical girls, fans have begun to grow tired of it and long for a classic magical girl instead.

No matter the series, one thing is always for sure when it comes to magical girls. For some reason or other, the task of saving the entire world from evil is always left to young kids. From teenagers to small children, just about every magical is very young and inexperienced. This is obviously to make the heroine seem cute and youthful and to allow their target audience to relate better to them

However, it’s more than a little concerning that children are being given the job of saving the world all on their own. Not to mention, it gets a bit boring, seeing the same cute little girls over and over. For once, it would be nice to see some fully grown magical girls take on the forces of evil. After all, they would probably be much more up to the job.

Next: 10 Magical Girl Anime That Are So Bad They’re Good