15,000 Minnesota nurses vote Wednesday on whether to strike for second time – Twin Cities 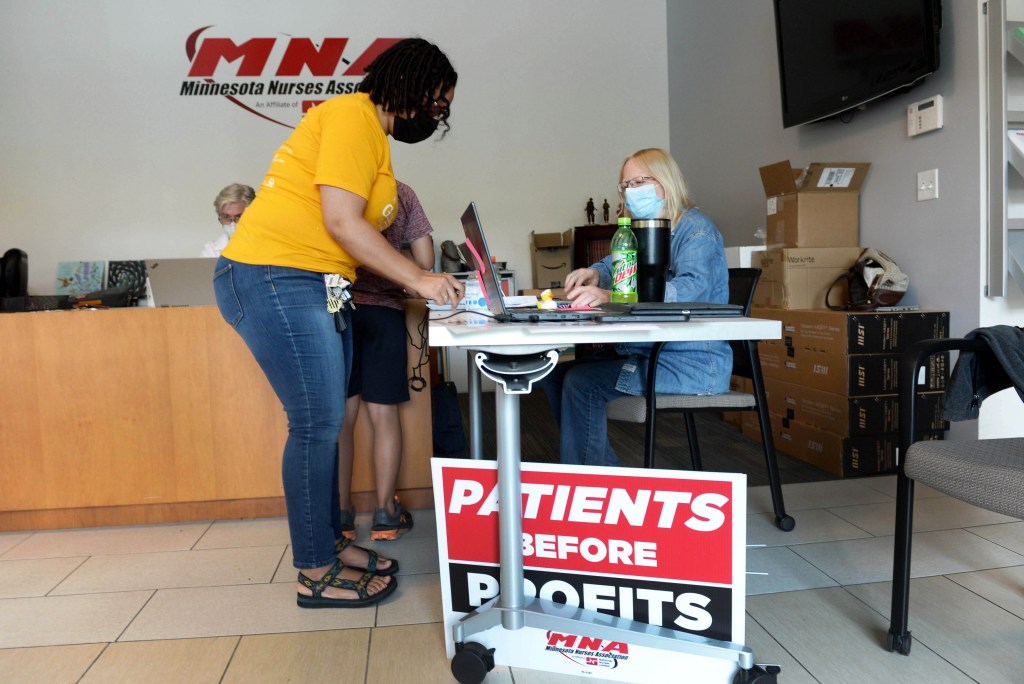 Roughly 15,000 members of the Minnesota Nurses Association will vote Wednesday on whether to authorize a strike for the second time this year in their push for new labor agreements.

The nurses work at 12 hospitals in the Twin Cities and three in the Twin Ports. If nurses vote to strike, union leaders would determine a timeline for a potential work-stoppage and a 10-day notice would need to be given.

Nurses struck for three days in September and hospital leaders called in temporary workers to care for patients. Nurses said that walkout was the largest private-sector nurses strike in the nation.

Multiple contracts are being negotiated and major differences between the two sides have not been resolved since nurses returned to work. Negotiations continued at several hospitals on Tuesday.

Nurses are pushing for up to 24 percent worth of pay raises over a proposed three-year deal. They also want more staff, better safety protections and increase retention efforts to keep experienced employees.

Hospital leaders have called those requests unaffordable and unrealistic. They’ve offered wage increases of about 12 to 14 percent over the proposed three-year contract, along with improved safety protections and other changes.

Hospital leaders have been negotiating with the Minnesota Nurses Association’s various bargaining teams since spring. They’ve repeatedly asked to bring in a federal mediator to help resolve the new contract — something nurses have expressed interest in doing.

Nurses have pointed to widespread staffing shortages as evidence their profession is in crisis. They say 20 percent of nurses left the bedside during the pandemic and even more want to leave because of stress, burnout and safety concerns.

The pandemic also took a toll on the finances of health systems with a recent Minnesota Hospital Association survey finding hospitals’ operating margins dropped to 1.2 percent in 2020 and 33 hospitals and health systems surveyed are losing money.

In the Twin Ports region, Essentia hospitals in Duluth and Superior, Wis., as well as St. Luke’s Hospital in Duluth.