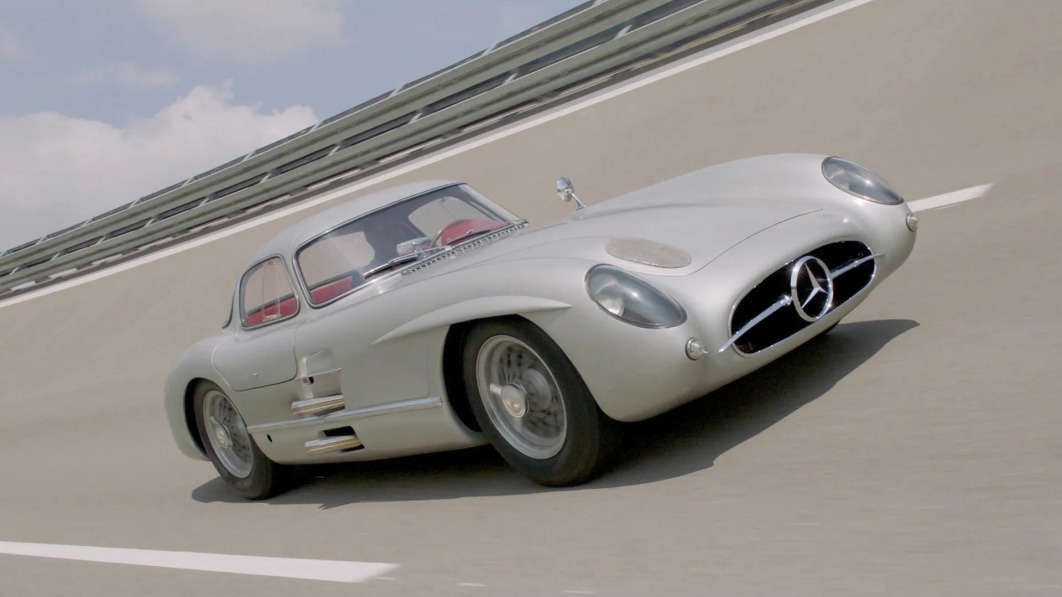 A 1955 Mercedes-Benz 300 SLR “Uhlenhaut Coupé” has smashed the record for most expensive car sold at auction. The winning bid of $143 million eclipses the price of the previous record holder, a 1962 Ferrari 250 GTO that was sold in 2018 at Monterey Car Week for $48.4 million. The price was even twice as high as the private sale of another 250 GTO, which was thought to be the most expensive, period. A confluence of factors helped achieve the stratospheric price, including its tragic backstory in the history’s worst racing accident.

Despite its name and doors, the car has very little to do with the 300 SL gull-wings that stand as one of the brand’s most iconic models. Under the skin, it’s closer to a Mercedes W196, last in a line of Silver Arrow race cars that dates back to 1934. The W196 competed in the 1954 and 1955 Formula 1 seasons and won both championships. And one example set an auction record years ago, before being eclipsed by others, including the aforementioned Ferrari.

After its success in its inaugural year, the W196 was adapted into a single-seat, open-top 300 SLR to compete in the 1955 World Sportscar Championship. The series included legendary races like the Mille Miglia and Targa Florio, both of which the Mercedes won with icons of motorsport like Stirling Moss and Juan Manuel Fangio behind the wheel.

That alone would have made the 300 SLR a highly desirable collector’s car, but it’s impossible to ignore the dark side of its history as well. At the 1955 24 Hours of Le Mans, the 300 SLR driven by Frenchman Pierre Levegh crashed violently with another car, catapulting it into the grandstands. At the time, Circuit de la Sarthe lacked the modern safety precautions modern tracks are built with, and fans were separated from the track by nothing but a low dirt wall.

The car tumbled end over end for several meters, disintegrating as it sent parts flying through the crowd. Heavy components like the engine block and front suspension mowed down spectators. The back half burst into flames and the fire quickly spread to body panels made of lightweight (300 SLR stood for 3.0-liter Sport Leicht Rennen or “Sport Light Racing” in German) but highly flammable magnesium alloy. In total 84 people perished, including Levegh, who died when he was thrown onto the pavement. Another 180 sustained injuries.

Incredibly, the race continued, but when chief engineer of the race program Rudolf Uhlenhaut realized the magnitude of the disaster, he withdrew Mercedes from the contest. Official results list Jaguar as the winner, after its manager refused Uhlenhaut’s appeal to pull out together. In the aftermath, many races were put on hiatus as tracks around the world scrambled to improve safety. Mercedes would retire from motorsports altogether for more than 30 years. The company did not return to racing until 1989.

According to RM Sotheby’s, which facilitated the auction, Uhlenhaut had planned to develop the 300 SLR into a fixed-roof coupe to race at Carrera Panamericana (which was canceled due to the Le Mans crash). Only two examples were built. Neither was ever sold to the public. 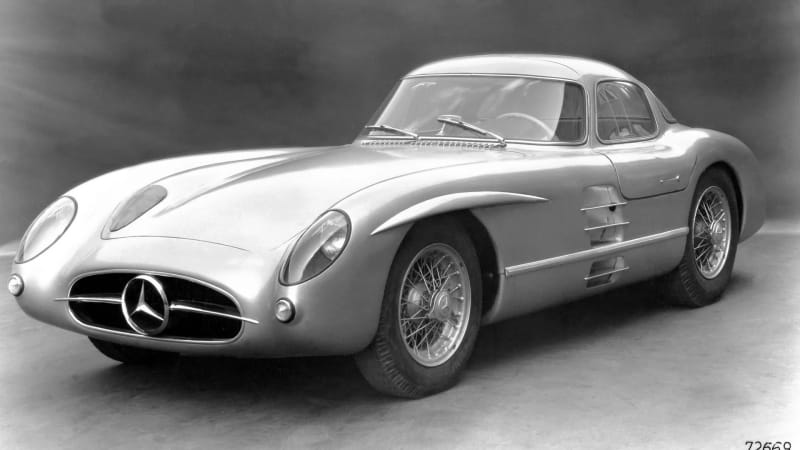 Until now. In a private auction at the Mercedes museum in Stuttgart on May 5, ownership of the second of the two Uhlenhaut Coupés changed hands. Bidders came from a short list of collectors hand-picked by Mercedes themselves. Mercedes says it decided to part with the prototype in order to establish the Mercedes-Benz Fund. The program will provide global scholarships to students studying environmental sciences.

“With the “Mercedes-Benz Fund” we would like to encourage a new generation to follow in Rudolf Uhlenhaut’s innovative footsteps and develop amazing new technologies, particularly those that support the critical goal of decarbonization and resource preservation,” said Mercedes-Benz Group CEO Ola Källenius.

The record-setting price was truly the result of a perfect storm. Not only did you have the car itself, a beautiful and technologically advanced masterpiece that was essentially a road-going race car with several championships under its belt, but it was historically pivotal and helmed by some of the greatest drivers in history. Plus it had the rarity, tragedy and exclusivity of having been in the automaker’s collection since new, as well as the support of a good cause. The resulting value is a record that will probably stand for a very long time.

Inside massive abandoned motorbike collection transported from America in five…