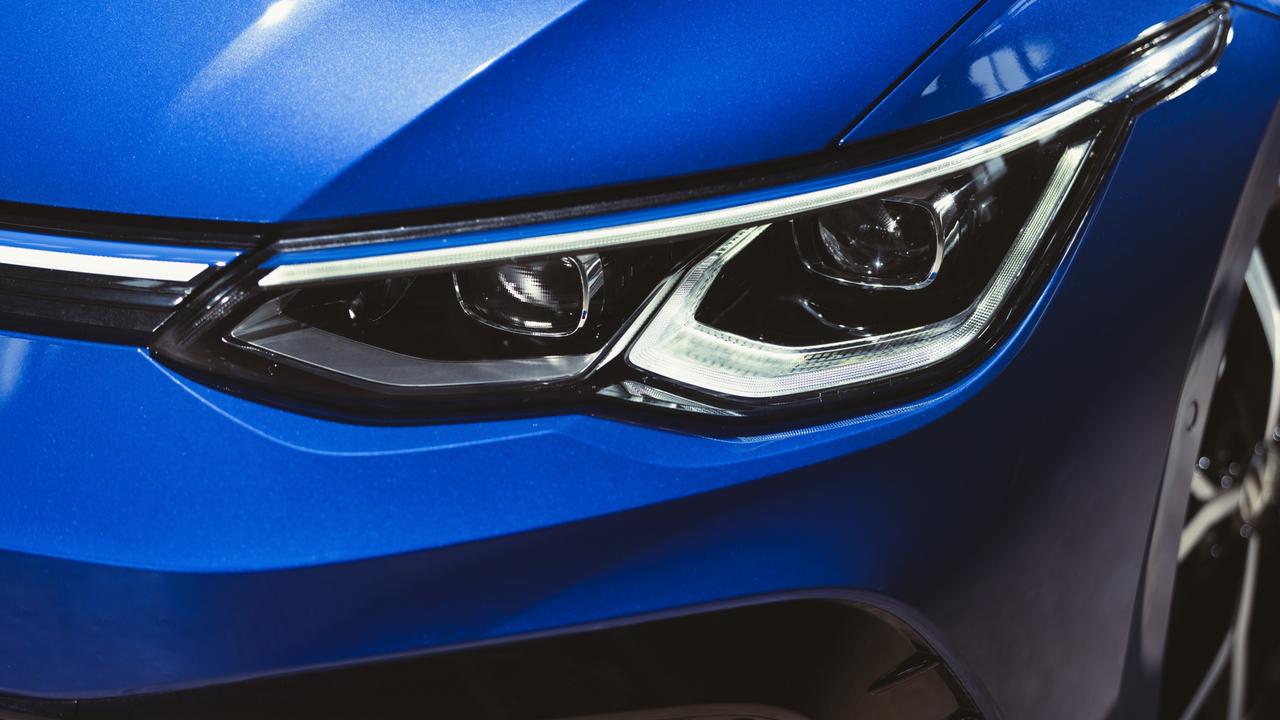 This could be the best all-round performance car on the market, bending family practicality with red hot speed.

There are two sides to the new Volkswagen Golf R Wagon.

It’s a capable people hauler with a big boot, generous back seat and all the technology you could want from a family vehicle.

But it’s also an engaging and impressive performance car, one that delivers a combination of grip, poise and punch rarely found under $100,000.

That it does so while being able to handle the school run or a fully-loaded airport mission is doubly impressive.

On paper, this wagon looks like more of the same from VW.

It has a 2.0-litre turbo engine with all-wheel-drive and a seven-speed dual-clutch automatic transmission. Add to that big wheels, a subtle bodykit and blue highlights.

Previous models had separate brains for their engine, gearbox, steering and suspension. Now, a centralised electronic controller works to harness and harmonise those elements.

It means the car feels more natural in a variety of circumstances. Comfort mode truly is comfortable and race mode really does sharpen the reflexes of a car that feels more capable than ever when you press on.

Huge brakes offer powerful responses under a firm pedal and the steering is precise but not overly sensitive.

A new torque-vectoring differential helps the cause, stopping the front end from pushing wide in corners by sending 50 per cent of power to the outside rear wheel.

There’s even a drift mode for sideways fun in controlled conditions.

And Volkswagen’s comprehensive driver assistance features, including active cruise control with traffic jam assistance, take the sting out of the school run and inner-city commuting.

Touch-sensitive controls have replaced conventional buttons and they take time to get used to, while cheaper cabin plastics are difficult to reconcile at an increasingly high price.

Available from $68,990 plus on-road costs, the wagon costs about $77,000 drive-away, though greedy dealers are asking customers to pay up to $15,000 extra for vehicles in stock today.

That’s about $10,000 more than the outgoing model, but it brings extra gear such as the torque vectoring diff, inductive phone charging, wireless Apple CarPlay and matrix LED headlights that allow you to keep high beam on all the time by shielding oncoming cars from glare.

This is an incredibly capable car that plays the Jekyll-and-Hyde role better than most performance cars. It also feels more stable – if less agile – than the hatch.

That’s because the wagon is significantly longer, with 50mm extra space between the front and rear axles, creating much-improved leg room for rear passengers.

The extra power offsets a 82kg weight difference between the pair, keeping the wagon’s 4.9 second sprint to 100km/h within a tenth of the hatch.

The wagon will go further on a tank of fuel thanks to a more efficient tune using a claimed 7.4 litres of premium for every 100 kilometres travelled – 0.4L/100km less than the five-door.

The downside is an extra petrol particulate filter in the exhaust that almost eliminates pops and burbles from the performance car’s quad exhaust tips.

There’s less engine sound but more road roar in the wagon, its bigger body seeming to amplify unwanted noise. That, and a $3000 premium over the hatch, feels like a small price to pay for the wagon’s versatility.

A tech-loaded family car that is surprisingly capable when driven with gusto, the Golf R wagon is one of motoring’s great all-rounders.

Russia sanctions: Which companies have pulled out of Russia?

Dallas Mavericks get Christian Wood in deal with Houston

The infrastructure upstart with sharp elbows and sharper…

Diners choose more sustainable meals when eco-labels are on…