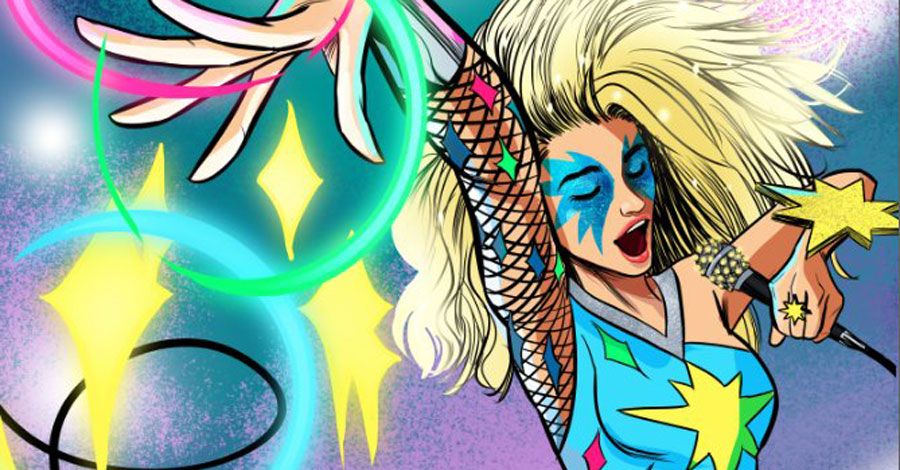 With X-Terminators set to release this September, one of Marvel’s cult favourite mutants is poised for her next chance at the spotlight.

With X-Terminators (written by Leah Williams with art by Carlos Gómez) set to release this September, one of Marvel’s cult favourite characters is set to be getting another chance at the spotlight. Alison Blaire / Dazzler is a musician and pop star, who also happens to be one of the strongest mutants in Krakoa. As the trend of fictional pop stars with real-world songs and hits becomes increasingly prevalent in our media landscape, 2022’s a great year to reintroduce Dazzler to a new generation of comic book readers.

Dazzler was the brainchild of several senior Marvel writers and executives in 1979. Concurrently, Marvel would work with a record company to produce music for the character. They had hoped to produce an animated short to go with her musical debut, an idea which blossomed into plans for an entire movie featuring several of Marvel’s most iconic heroes as well as several celebrity guest stars. This intention ultimately fell through due to interpersonal drama between the cast and crew, but the character of Dazzler went ahead regardless and debuted in the comic books the following year.

Related: An Unlikely X-Man Gained the Respect of Thor’s Father in the Weirdest Way Possible

Since her debut in Uncanny X-Men #130 (written by Chris Claremont and John Byrne with art by Byrne and Glynis Oliver), Dazzler has appeared in a wide variety of X-Men media. She appeared in multiple X-Men TV shows, including X-Men: The Animated Series and Wolverine and the X-Men. Unfortunately, plans to give her and her fellow mutant Tigra a show on Hulu were ultimately canceled, another example of a failed project featuring the character.

Dazzler’s live-action debut came in the form of a brief cameo in 2019’s X-Men: Dark Phoenix, where she was played by Halston Sage. In this apperance, she briefly was shown singing and dancing at a party. She also has appeared in several Marvel video games, including being playable in the Konami classic X-Men arcade game and even having a brief mention in Marvel’s Spider-Man: Miles Morales. However, many of these cameos are largely just comedic nods intended for die-hard comic book fans. Dazzler is rarely taken seriously in the modern era, as a character or as a musician.

Since Dazzler’s creation, however, fictional pop stars releasing actual pop songs has become an actual trend – including some characters who are tied to larger franchises. Hatsune Miku is a vocaloid, a fictious performer whose hologram performances have become famous across the world. The video game League of Legends has a variety of fictious pop stars with chart-topping hits, including a metal band and a hip-hop group. Even Marvel themselves have given the concept a second go, with their K-Pop performer Seol Hee / Luna Snow who has real songs that tie into their mobile game Marvel Future Fight.

Dazzler’s debut may have been a failed marketing gimmick, but the concept of a powerful musician fighting evil with the power of song is a strong one – as shown by all the other characters with the same concept who have since become popular. Hopefully Dazzler’s publishing future will mirror her mutant powers and decidedly look brighter.