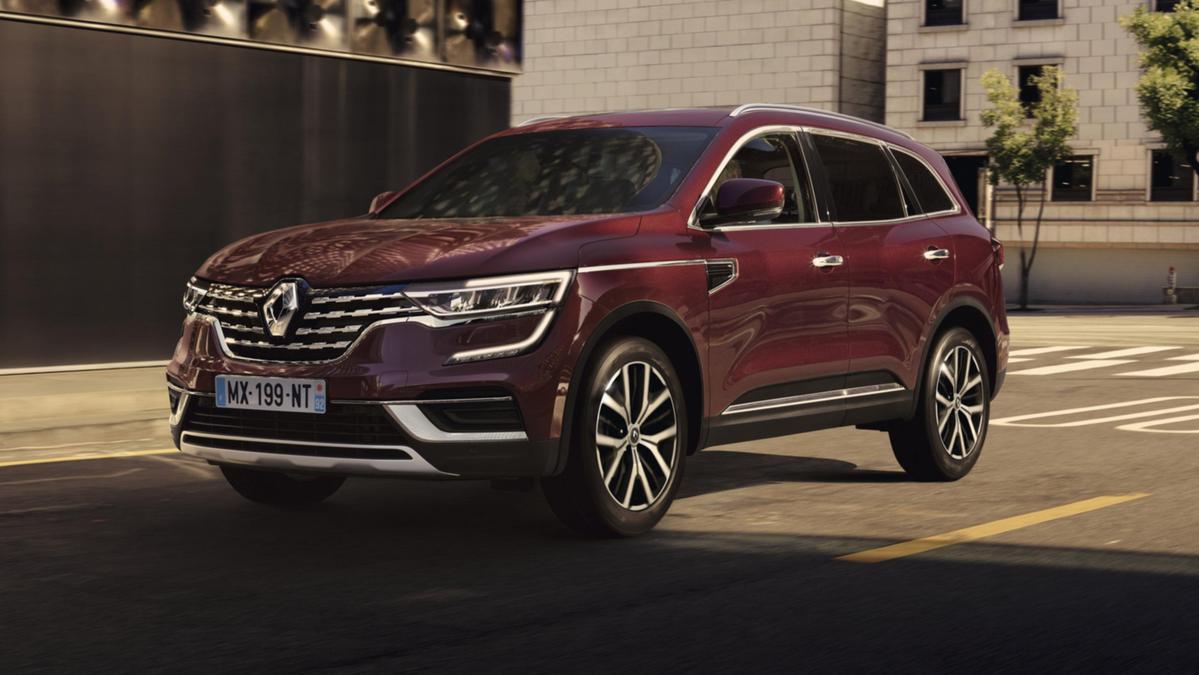 Renault has given its Koleos mid-sized SUV range a spec update for the 2023, with the introduction of a new Zen 4×4 variant.

The range-topping Intens now receives an eight-speaker Arkamys 3D sound system like the rest of the range, instead of the previous Bose sound system. Sand Grey Nappa leather has also been removed from the Intens’ option list.

All three Koleos trim levels are now no longer available with front fog lights and the wide-view driver’s side mirror.

Until the end of October this year, Renault sold a total of 2297 Koleos SUVS, up a substantial 72.7 per cent over the same period last year.

All pricing is before on-road costs.

This is mated to a continuously-variable transmission (CVT) with drive sent to the front wheels only in 4×2 models and through an all-wheel drive system in 4×4 models.

The Koleos can consume 91 RON unleaded petrol and all models have a 60L fuel tank.

Boot space with the rear seats upright is 493L, which can be expanded to 1707L with them folded.

The 2023 Renault Koleos is covered by a five-year, unlimited-kilometre warranty with five years of roadside assist.

Logbook servicing is required every 12 months or 30,000km, whichever comes first, with the first five capped-price services costing a total of $2750.

The Renault Koleos has a five-star ANCAP safety rating based on testing conducted in 2017.

The 2023 Renault Koleos Life comes standard with the following features:

The Zen adds the following:

The 2023 Renault Koleos is available in the following exterior paint colours:

Every colour except for Millesim Red costs an additional $800.