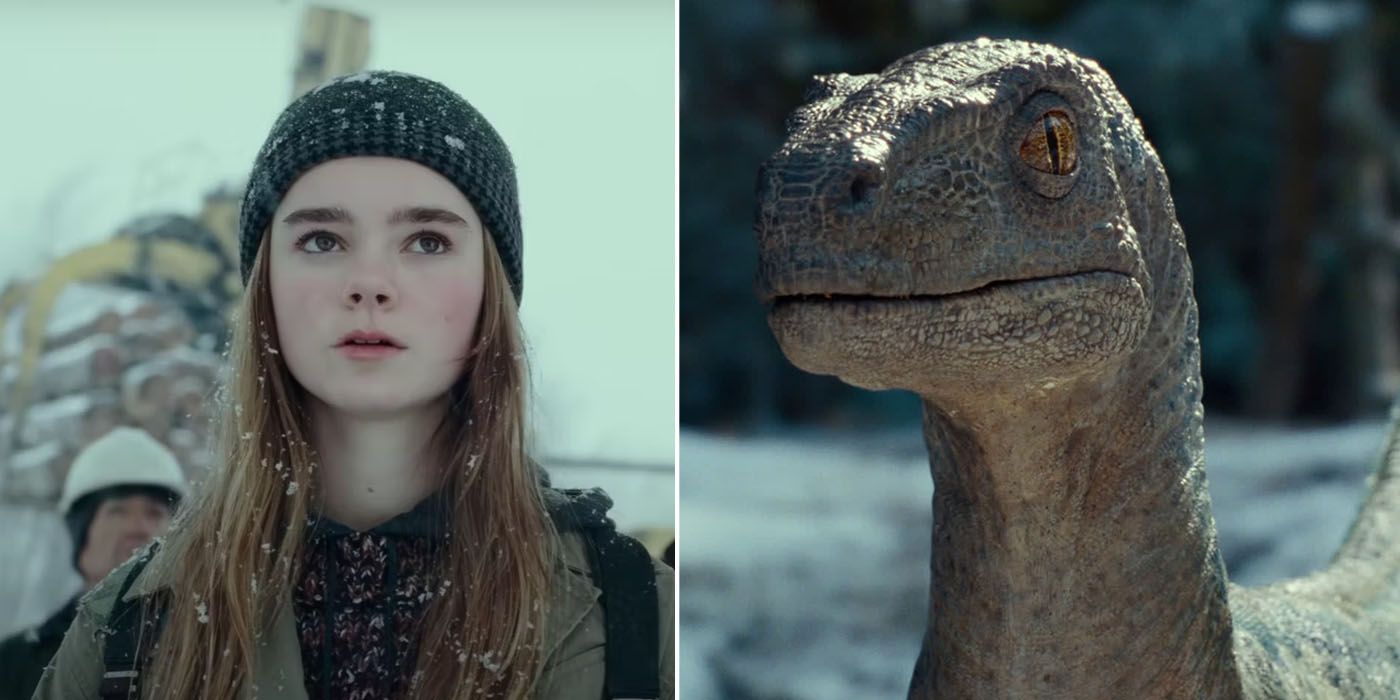 Jurassic World Dominion is the latest installment in the Jurassic Park franchise. It picks up a little after the events of Jurassic World: Fallen Kingdom, after many dinosaurs are released into the wild. The world struggles to adjust to the drastic change in the environment, while some find ways to exploit what they consider to be a new resource.

Audiences have received the film with relative positivity, as the film banks on nostalgia with bringing back old cast members and exciting dinosaur fights, although it lacks an interesting plot. To the film’s credit, it does attempt to do a few things that are new, but still manages to feel like a Jurassic Park film.

When the T. rex makes its appearance in the film, it is about to consume a deer. However, the Giganotosaurus appears to steal the meal, leading to the two apex predators briefly fighting. The T. rex backs off after receiving a bite on the nose. When the two giants meet again at the end of the film, the T. rex is ready for revenge.

It bites the Giganotosaurus in the exact same place. It was only able to win after being assisted by the Therizinosaurus. The T. rex had no intentions of consuming the kill, showing respect to its partner in crime and proving that it only wanted the Giganotosaurus dead for the sake of revenge.

9 Worst: Maisie Lockwood Was Told She Was A Clone

In order to protect Maisie, her grandfather told her that she was a clone of her mother. Considering that her mother gave birth to her, there was no reason to tell Maisie this information. Scientists would jump at the opportunity to study a clone, and Maisie didn’t feel like her own person until she discovered the truth.

His attempt to protect her failed spectacularly. While Maisie is technically still a clone, her genetics was perfected by her mother, which was why Biosyn wanted to get ahold of her.

8 Best: The Old Cast Is As Great As Ever

Seeing the old cast together on the big screen again was a great treat for fans. Alan Grant, Ellie Sattler, and Ian Malcolm were some of the most interesting and intelligent human characters in the franchise.

The film never undermined them or their achievements, and had them seamlessly work with the newer protagonists in order to survive amont dinosaurs. Their charisma, humor, and stellar acting made the film highly enjoyable, and the script didn’t make any of them act out of character. It was easy for audiences to root for them.

Unfortunately, the main family unit consisting of Maisie, Owen Grady, and Claire Dearing, aren’t convincing as a family. When stuck in a cabin in the woods, Maisie is overly bitter and angry, feeling that she is kept under house arrest against her will.

She storms into her room after each negative confrontation. Thanks to this, the audience doesn’t see the group bond until they are at Biosyn. Owen and Claire travel hundreds of miles to get to Maisie, but it is difficult to feel emotionally invented because their relationships aren’t fully developed.

6 Best: It’s Not Another Jungle Movie

Many of the films in the Jurassic Park franchise have taken place in the jungle, a location that fans have gotten tired of. Many of the dinosaurs in previous films are encountered on a remote island covered in lush foliage.

Jurassic World Dominion changes up the locations, spending only a brief few minutes in the jungle when Claire hid from the Therizinosaurus. The main characters encounter dinosaurs in the city, on the ice, in the air, fully showing off what dinosaurs can do in different environments.

5 Worst: It’s Up to Ellie And Alan To Expose Biosyn

It wasn’t difficult for anyone to figure out Biosyn’s involvement in the sudden appearance of genetically modified locusts. Biosyn’s goal is to focus on agronomics, and they also have a sanctuary for dinosaurs. They had the means to create the locusts that were terrorizing the crops.

Even small farmers were quick to notice that Biosyn crops were the only ones to remain untouched by the locusts. No one else would benefit from the presence of the locusts. The responsibility of exposing the company fell to Ellie, despite the fact that a larger-scale search of the facility would be more than justified.

4 Best: The Romances Are Done Justice

Many fans were convinced that Ellie and Alan ended up together at the end of the first film. After all, they seemed to have good chemistry and a shared interest in all things prehistoric. Instead, she is revealed to be married to a completely different man, Mark Deglar, in the third installment.

This decision made little sense to fans, but Jurassic World Dominion fixes this issue. In addition to this, Claire and Owen finally figure out their “unspoken thing”, deciding to commit to a relationship after years of awkward tension.

3 Worst: The Villain Is A Extremely Subtle Nod To The First Film

Lewis Dodgson made an extremely short appearance in Jurassic Park. He approached Dennis Nedry, offering him money in exchange for some dinosaur embryos. It seems like a bit of a stretch to make this character suddenly so important.

The film had no choice but to add an Easter egg of the shaving cream can he gave to Nedry. Although it cleverly foreshadowed what kind of dinosaur was going to hunt him, the Easter egg was required in order for fans to figure out exactly who this character was.

For the first time, Dinosaurs are completely integrated in human society. They swim and run alongside other animals, and some are docile enough that people can feed them like ducks. When they were first released, the consequences were catastrophic.

However, this issue was resolved fairly early in the film. Many species would be captured and kept in containment, and it makes sense that many others would be sold on the black market or trained to be assassins. This type of thing wasn’t explored in the other films.

Maisie’s mother left some videos behind, documenting her research and her journey as a mother. While she gave a general description of how Maisie was created, she didn’t seem to leave behind any substantial notes. Thus, Doctor Henry Wu was not able to replicate her work. He needed to study Maisie in order to resolve the locust problem that he created.

Since Maisie is supposed to be genetically perfect, her cells could be the key to curing various of diseases, so it is strange that her mother didn’t leave behind enough information to make this research available to scientists. If Maisie is the only way for scientists to access this information, people will still target her.

Deliver Us the Moon Launches Today on Xbox Series X|S

I could die a slow, agonising death on Malta holiday thanks to cruel abortion law, says US tourist