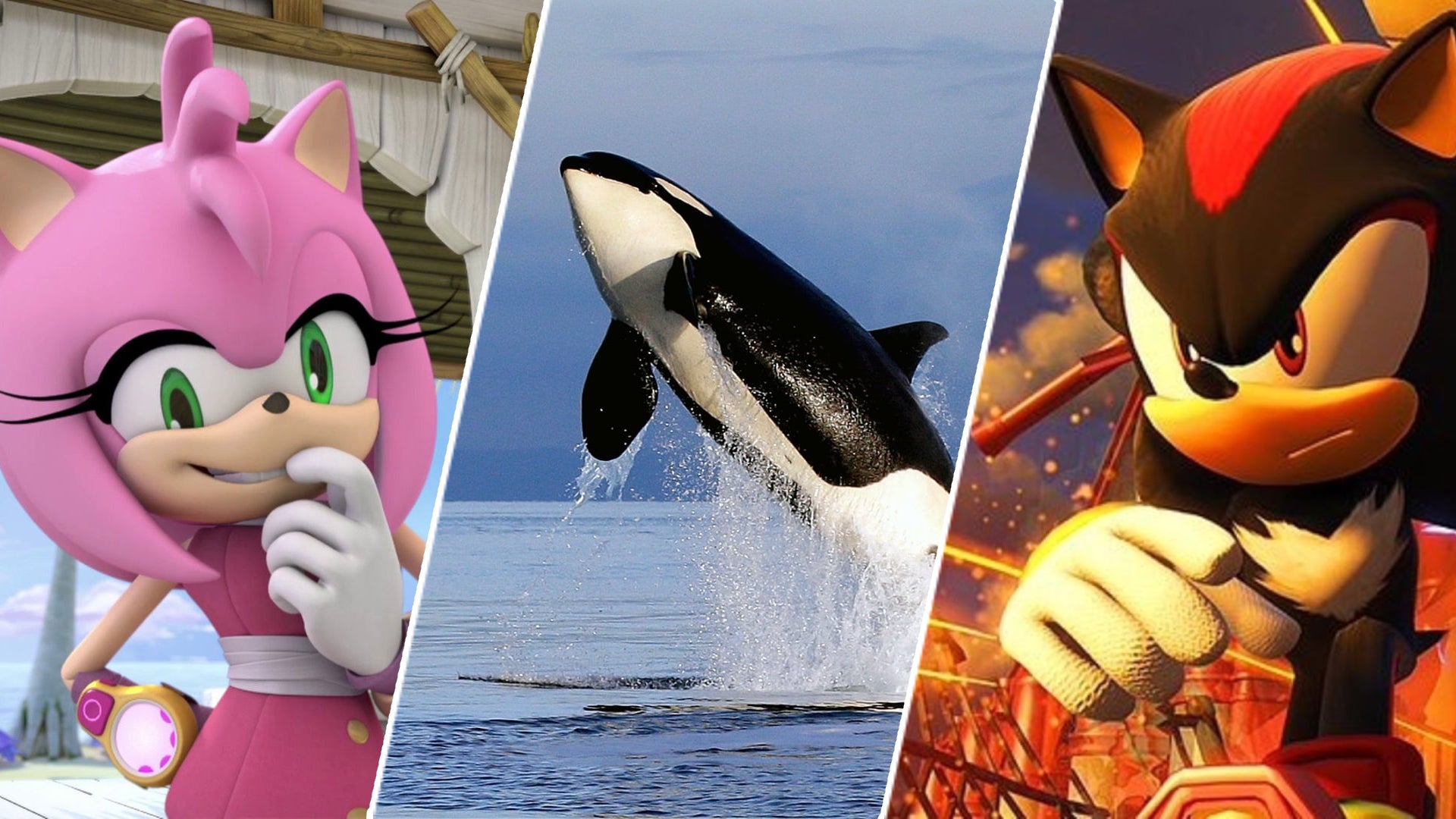 Let’s not mince words: Sonic’s cinematic adventures are now significant. Impossible to ignore, even. Sonic 2 is a great movie, but it’s also gone on to become the highest-grossing film adaptation of a game ever. And you know what? It’s deserved.

Beyond just creating a couple of good big-screen adventures, the Sonic movies have done a convincing job of creating a new version of the Sonic canon; a universe it’s easy to become invested in the expansion of. With Sonic 3 officially coming, that means we can’t help but ask… what should be in it?

We’ve got a couple of thoughts; some picks of things we reckon should appear in Sonic the Hedgehog 3, whenever it hits cinemas. What would you like to see?

Chaos, and a Sonic Adventure mash-up

Thanks to the post-credits stinger at the end of Sonic the Hedgehog 2, we all know what the driving force of the next movie will be: Shadow the Hedgehog. Shadow was, of course, introduced in Sonic Adventure 2, and has a clearly-established backstory (more on that later), but I don’t think that means this story needs to be a pure adaptation of SA2.

The pieces for that adaptation are in place, to be fair. Sonic 2 introduces GUN, a military organization key to Shadow’s history. But I actually think the next film should take cues from both Sonic Adventure titles.

The ultimate big-bad of SA2 is a dead man, Gerald Robotnik, the iconic villain’s grandfather. But the final stages of the fight are against some genetically engineered lizard that was meant to be a prototype for the Ultimate Life Form, like Shadow. Anyway, for my money, the ‘Biolizard’ is a bit naff.

This is where the two stories could be combined, though. What if Gerald Robotnik had been experimenting on an ancient god-like being instead? That being Chaos, from the first Sonic Adventure. Chaos has a strong connection to the Chaos Emeralds, and Shadow can use the emeralds for the power of Chaos Control – so perhaps experiments on Chaos were involved in Shadow’s creation?

It all lines up, and would enable the movie to visit iconic concepts and scenes from both SA1 and SA2 in equal measure. This would line up with how the second Sonic movie was largely a mash-up of both Sonic 2 and Sonic 3, too – allowing more nostalgia to be delivered all at once.

If you’re going to do a Sonic Adventure tribute, one thing that really does have to happen is an appearance by Sonic’s music of choice from that era – the cheesy hard rock of Crush 40.

It’s true that the Sonic movies have their own musical signature, with Sonic dancing to pop music and hip-hop tracks scoring the credits of both films – but if this movie adapts any significant chunk of Sonic Adventure 2, either this song or Escape from the City needs to make an appearance. It’s integral to the feel of those games.

Crush 40 would hardly be expensive to license, and they’ve already gone on the record stating how eager they are to get involved. Even a cameo, like the Green Hill Zone theme’s appearance in Sonic 2, would do the trick. But as movie Sonic moves to use the Dreamcast era as a playground, that period’s signature sound deserves a nod.

Maria getting blown away

Earlier on, we mentioned Shadow’s backstory – and that’s what this point is about. Sonic 3 should go for it and represent the story as it was in the game, which involves Shadow’s primary motivation for hating GUN and Humanity being that Maria, a young human woman he was close to (and also Robotnik’s aunt, by the way) got callously killed by GUN, just like his creator, Gerald Robotnik.

This is a pretty dark backstory for a cartoon character, but I think the Sonic movies have it in them to do justice to it. And besides, there’s worse in a lot of the Marvel films. So, let GUN gun Maria down. Let Robotnik learn about his grandfather losing his mind. Go all the way. Why not?

I have to admit, I didn’t think Sonic 3 was going to adapt any of the 3D games. The next natural step to me felt like a Sonic CD adaptation – to introduce Amy, and Metal Sonic, and complete the earliest group of Sonic characters as introduced in the games.

But, I get it. Shadow is a big deal, he’s incredibly iconic, and the reaction from kids in the screening I saw prove the potency of his introduction. There were audible gasps and excitement! Which is cool.

But there remains a gap in this series; there’s no female hero. In the early games, Amy was obviously just a damsel in distress, and then an annoying Sonic fangirl – but she’s come into her own in recent years. The Sonic Boom version of the character, whipsmart and funny, is particularly good, and probably where the Sonic films should take inspiration. Though the best-ever Amy, for my money, is the one from the UK ‘Fleetway’ comics, where she was a crossbow-wielding freedom fighter.

Casting Amy seems easier than Shadow; I can imagine a number of comedians who could do an incredible job as her. And just like Sonic 2 had space to introduce both Tails and Knuckles, I do believe there’s space for Amy in Sonic 3. And that, in turn, could lead to…

The Sonic movies structurally owe quite a lot to the Marvel franchise – and one thing lifted from the superhero enterprise is the post-credits stinger, which of course is where we learned about Shadow.

What could possibly be the post-credits scene of Sonic 3? Well, for me, the answer is obvious: I think it should be what I imagined it might’ve been for Sonic 2. A mysterious little miracle of a planet appears in the sky, shackled to the Earth by an enormous chain. Perhaps we see a Sonic-like silhouette with a metallic sheen…

Thus the stage is set for a loose adaptation of Sonic CD – a time travel adventure that could even travel back and forth along the other three movies. It only seems natural.

And, as a bonus? The Knuckles TV show should have Chaotix

Before we get Sonic 3, there’ll be another dose of the Sonic cinematic universe; a spin-off TV series for Paramount+ where Idris Elba’s Knuckles will take on the lead role.

Because it’s a TV series, there’s a concern here that it’ll just try to be about Knuckles’ adventures on Earth, him and a bunch of humans. But… I really hope it isn’t. It’s an obscure reference, but the Knuckles show is an ideal opportunity to expand the universe of traditional Sonic characters again. For that, inspiration could be taken from the games – let Chaotix join the fray!

A White woman called police on him while he was bird-watching in Central Park. Now, he has his own TV show.

Warhammer 40K: Darktide players are narked about the game’s monetisation

I was one of the world’s fattest women at 700lbs…

‘Spoiler Alert’: This Cute, Weepy Romantic Drama Could Have…

Warhammer 40K: Darktide players are narked about the game’s…