8 ’90s Movies With Awesome Side Characters But A Terrible Protagonist 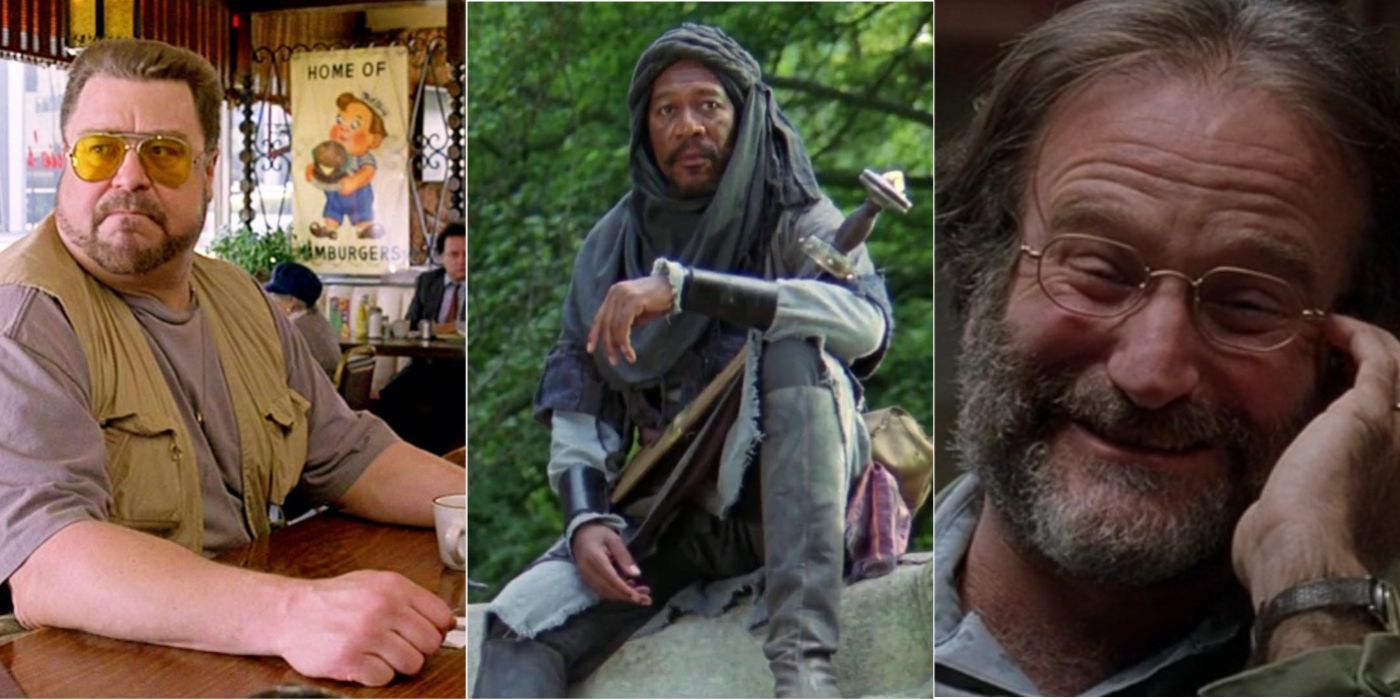 Traditionally sidekicks are there to help the main protagonist along with their storyline, but often the side characters end up being more remarkable than the story’s main character. Sidekicks come in many forms, such as a friend or a colleague, but their job is to help the main character achieve their goals, as well as help make them look good.

RELATED: 10 Movie Sidekicks Who Got In The Way

While a majority of movies from the 90s feature unforgettable main characters with equally great sidekicks, there were a few instances where the protagonist is terrible, but the side characters were fantastic.

9 The Big Lebowski – Walter Had The Funniest Moments

The cult classic The Big Lebowski is a crime/comedy from the minds of the critically acclaimed Coen Brothers. The story centers around Jeffrey “The Dude” Lebowski (Jeff Bridges), an L.A. slacker who is a victim of mistaken identity. When Lebowski is mistaken for a millionaire who shares the same name, he’s assaulted in his home by enforcers looking for money owed to their employer.

Jeff, “The Dude” Lebowski, has things happen to him, whereas his best friend Walter takes matters into his own hands. Walter Sobchak (John Goodman) is The Dude’s best friend and often makes the situation more complicated than it needs to be. However, Walter means well and, from these mishaps, serves as a catalyst for some of the funnier scenes in the movie.

90s kids fondly remember the Nickelodeon movie Good Burger, based on a popular All That sketch. Good Burger features Kenan Thompson as Dexter Reed, a spoiled high school kid who has to get a job to pay off the damages to his teacher’s car. Reed gets hired at Good Burger’s fast-food restaurant, where he meets Ed, played by Kel Mitchell, the absent-minded yet upbeat cashier.

RELATED: 10 Most Nostalgic Nickelodeon Shows From The 90s

When Ed receives a sizable bonus for creating a secret sauce recipe, Dexter takes advantage of Ed’s good nature. Dexter has Ed sign over 80% of the bonus, money which he hopes to use to pay back his debts faster. Sure, Ed’s quirks make him a bit less relatable than Dexter’s average teen, but he’s definitely the more interesting of the two – and a lot nicer.

The Santa Clause is a holiday favorite for many. Scott Calvin (Tim Allen) is the story’s focal point as a regular guy who becomes Santa; however, if it wasn’t for the head elf, Bernard (David Krumholtz), there may not be a Christmas.

Scott Calvin is a toy company executive who tends to be cynical and uses sarcasm as a reflection. However, his life is forever changed when he begrudgingly assumes the mantle of Santa Claus and the North Pole’s head elf, Bernard, who explains what it means to be Santa. Despite how much Scott resists his new role, Bernard is the one reminding him of his duties while trying to keep the workshop running smoothly, despite the reluctant Santa.

Whenever the movie Aladdin is mentioned, it’s hard not to think of Aladdin’s more iconic sidekick, Genie (Robin Williams). Genie became Aladdin’s friend despite the latter’s ownership of the lamp – an arrangement that undercuts potential friendship. At one point, Aladdin almost takes back his promise to ultimately free Genie in an effort to maintain his various lies. However, Genie was much more than just a captive bit of comic relief. He urged Aladdin to stop lying, and even used his magic to save the selfish protagonist from drowning – without it costing Aladdin a wish.

A charismatic street urchin, Aladdin, falls in love with Princess Jasmine, who, by law, can only marry a Prince. Aladdin’s happening upon the magic lamp provides him the tools he needs to woo Jasmine, but he’s far less interesting than the imprisoned Genie.

The Wachowski’s 1999 sci-fi thriller, The Matrix, revolutionized special effects in movies, and its influence can be felt even today. The Matrix explores the idea that the reality known to humankind is actually a simulation created by robots to harvest humans for energy. Within the real world, there is a prophecy of “The One,” and it is their fate to free the minds of all those trapped in the Matrix – but first, they need to figure out who it is.

Even though Neo (Keanu Reeves) is The One, the film’s side characters Trinity and Morpheus continually put themselves and their crew on the line to help Neo succeed. As a result, Neo spends most of the film in denial and is unwilling to consider that he could be The One; this denial puts Morpheus and Trinity in danger and nearly costs Morpheus his life.

4 Robin Hood: Prince of Thieves – Azeem Was More Than Just A Bodyguard

Despite the protagonist’s name featured in the film’s title, Robin Hood: Prince of Thieves, it was Robin of Locksley’s (Kevin Costner) sidekick and bodyguard, Azeem (Morgan Freeman), that held the audience’s attention. Azeem is wise and a skilled fighter, and despite being in a foreign land, he handles himself with composure and dignity.

Robin Hood: Prince of Thieves is a retelling of the legendary folk tale of Robin Hood, who famously stole from the rich to give to the poor. Along with Costner and Freeman, the cast included Alan Rickman (Sheriff of Nottingham) and Christian Slater (Will Scarlett). The film was met with mixed reviews, with a majority of critics calling the film unfocused. However, Freeman’s performance as Azeem was widely praised.

Good Will Hunting, written by Matt Damon and Ben Affleck, tells the story of natural-born genius Will Hunting (Matt Damon), who works as a janitor at MIT. Will is caught by one of the professors solving complex equations late one night. He’s soon arrested after a fight, and to avoid jail time, Will agrees to study mathematics and attend psychotherapy sessions with Dr. Sean Maguire (Robin Williams). Unfortunately, Will proves difficult to work with and even goes as far as to insult Sean’s late wife.

While the lessons Sean imparts to Will begin to take hold towards the end of the movie, Will is often stubborn, condescending, and at times, insulting to Sean. However, Sean Maguire remains funny, joyful, and supportive of Will, even if it means being brutally honest with him.

Kevin Smith’s Clerks is a low-budget hit that centered around the characters working in, or around, a convenience store in New Jersey. Not onlyClerks not only put Smith on the map, but it also solidified the side characters Jay and Silent Bob as pop culture icons.

The story follows Dante, who’s called in on his day off to cover a shift at the Quick Stop. While Dante has every right to be upset about being called into work, his best friend Randal and the slacker duo Jay and Silent Bob bring levity to the situation. Dante spends the entirety of the film complaining about being at work, the kind of work he’s doing, and how generally unhappy he is. However, Randal, Jay, and Silent Bob are there to listen and offer advice – not all of it particularly helpful.

NEXT: 10 Movie Characters Who Are Misunderstood By Fans