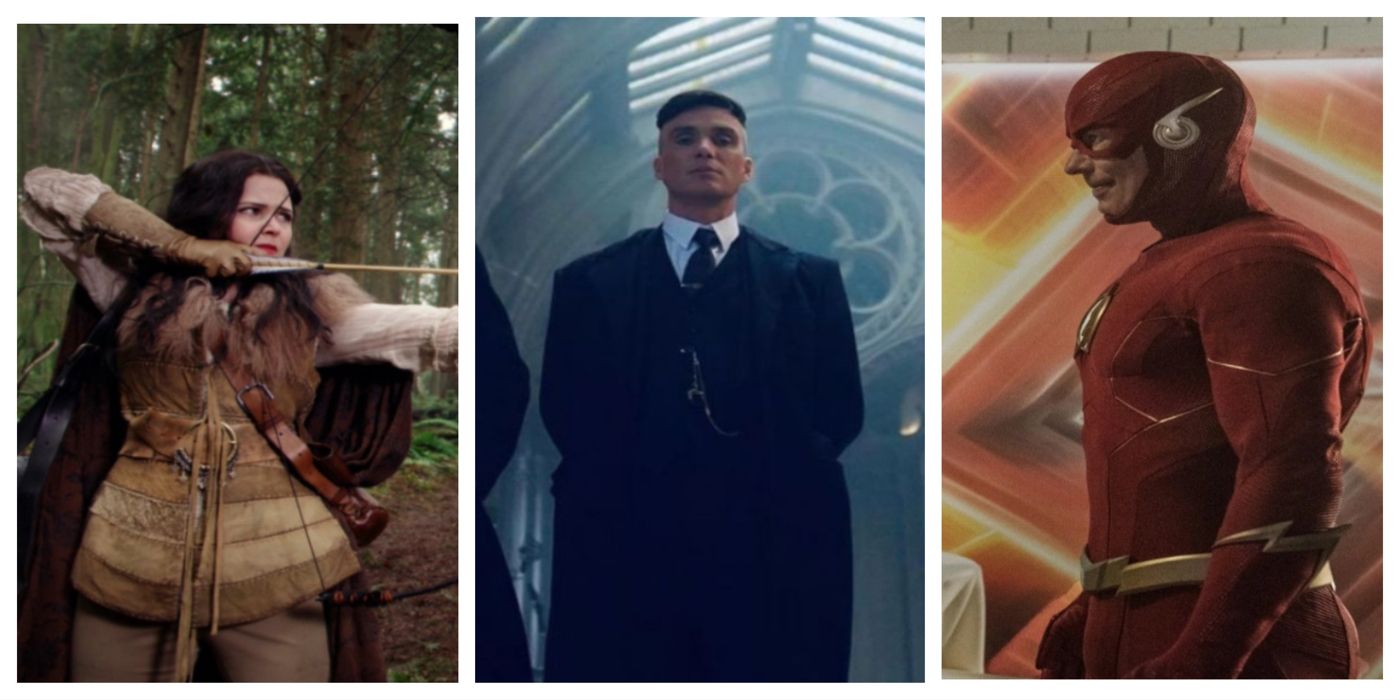 While heroes are known for helping others and saving the day, heroes are people, and they make mistakes. Sometimes these mistakes can cost heroes in the long run. Sometimes, the mistakes heroes make lead to the creation of their own worst enemies.

RELATED: 8 Heroes From TV Series Who Won’t Fight Anyone Weaker Than Them

While no one intentionally decides to make enemies, people can feel the need for justice or vengeance when they believe they’ve been wronged. This is how villains are born. Villains, unlike the heroes, will go to any lengths to see their version of justice served, often hurting or destroying others in the process. When heroes spark the villains’ flames, there are always prices to be paid.

When Barry Allen became The Flash after being struck by lightning when the Particle Accelorater exploded, he had no idea that his friend and mentor, Harrison Wells, had ulterior motives behind his training. Eobard Thawne (Harrison Wells/The Reverse Flash) traveled from centuries in the future to The Flash before the hero could become Thawne’s greatest rival. The Revese Flash almost succeeded before he got himself stuck in the past and in need of The Flash’s power. While the relationship between The Flash and Reverse Flash is complicated, neither would exist without the actions of the other.

7 Green Arrow And Deathstroke Were Once Friends (Arrow)

Before Oliver Queen became the Green Arrow, he was a scared kid who got stranded on an island in the South China Sea. On that island, Oliver made a friend, Slade Wilson. Slade helped train Oliver so he could survive and escape the island.

RELATED: 8 TV Series With Better Battles Than Game Of Thrones

However, Slade and Oliver loved the same woman, Shado. When Anthony Ivo forced Oliver to choose between Sara Lance and Shado, Oliver couldn’t make a decision. In response, Ivo chose for him, shooting Shado. Slade believed Oliver was the reason Shado died, and became Deathstroke, hellbent on seeing Oliver suffer the same way he did.

The story of Snow White and The Evil Queen is a classic fairytale. However, in Once Upon A Time, all fairytales get spun on their heads. The Evil Queen (Regina) loathes Snow White because Snow White tells Regina’s mother, Cora, that Regina is going to run off with the stable boy, Daniel.

This action led to Cora crushing Daniel’s heart, killing him. From that moment on, Regina was determined to make sure Snow White never got her happy ending. From enacting a sleeping curse, to casting the wickedest curse in all the Enchanted Forest, Regina would stop at nothing. Only when Regina found love once more, did she make amends with Snow White.

No one intentionally means to revive their several times great-grandmother by using their blood, resulting in a chain of events that brings destruction to the town and a curse upon the love of their life. Unfortunately, Nancy Drew does exactly that.

While trying to expel the wraith from her, Nancy Drew gave over her blood which her great-grandmother, Charity Hudson. A bad witch, Charity used it to make herself young again and begin her malevolent plan to destroy Horseshoe Bay. While Nancy eventually destroyed Charity, Charity cast a curse upon Nancy; if Nancy kissed Ace, the man she loved, he would die.

Nine times out of ten, it’s a complete accident when an evil entity from another alternate reality gets summoned. Eleven uses her powers to summon the Demogorgan from the Upside Down to help destroy One after he massacres Hawkins Lab.

This summoning was the catalyst for season one of Stranger Things, leading to the disappearance of Will Byers, the gateway to the Upside Down opening, and how monsters kept finding their way back to Hawkins time and time again. Eleven might’ve opened the Upside Down to get rid of One, but it’s caused great loss and trauma for the town of Hawkins.

Thomas Shelby, leader of the Peaky Blinders, brother, husband, and nephew, had no idea that when he found his Aunt Polly’s long-lost son, he would be training his own worst enemy. Thomas takes Michael under his wing and teaches him everything he knows. In an unexpected turn of events, Michael turns on Thomas over a matter of power and pride.

Both Thomas and Michael are incredibly intelligent and well-aware of how their enemy operates. Their moves are calculated like playing a game of chess. They are always trying to steal each other’s pieces, and trying to put the other in check-mate.

Penelope Featherington (Lady Whistledown), has made quite a few enemies thanks to her gossip column in Bridgerton. But perhaps none of her enemies are as powerful as Queen Charlotte. Questioning the Queen’s decisions and pointing out her flaws is never a wise move, even when writing under a pen name.

While prophecies and predictions can be made, they don’t always come true. When Merlin hears the prophecy that Mordred will be King Arthur’s downfall, Merlin will do anything to protect his King and his friends.

However, when Merlin turns Mordred away and refuses to help him in his time of need, Mordred turns to Morgana. Together they wage a mighty war against King Arthur. Mordred fatally wounds Arthur in battle, which leads to Arthur’s eventual death. Merlin put too much faith in the prophecy and therefore created his own worst enemy.