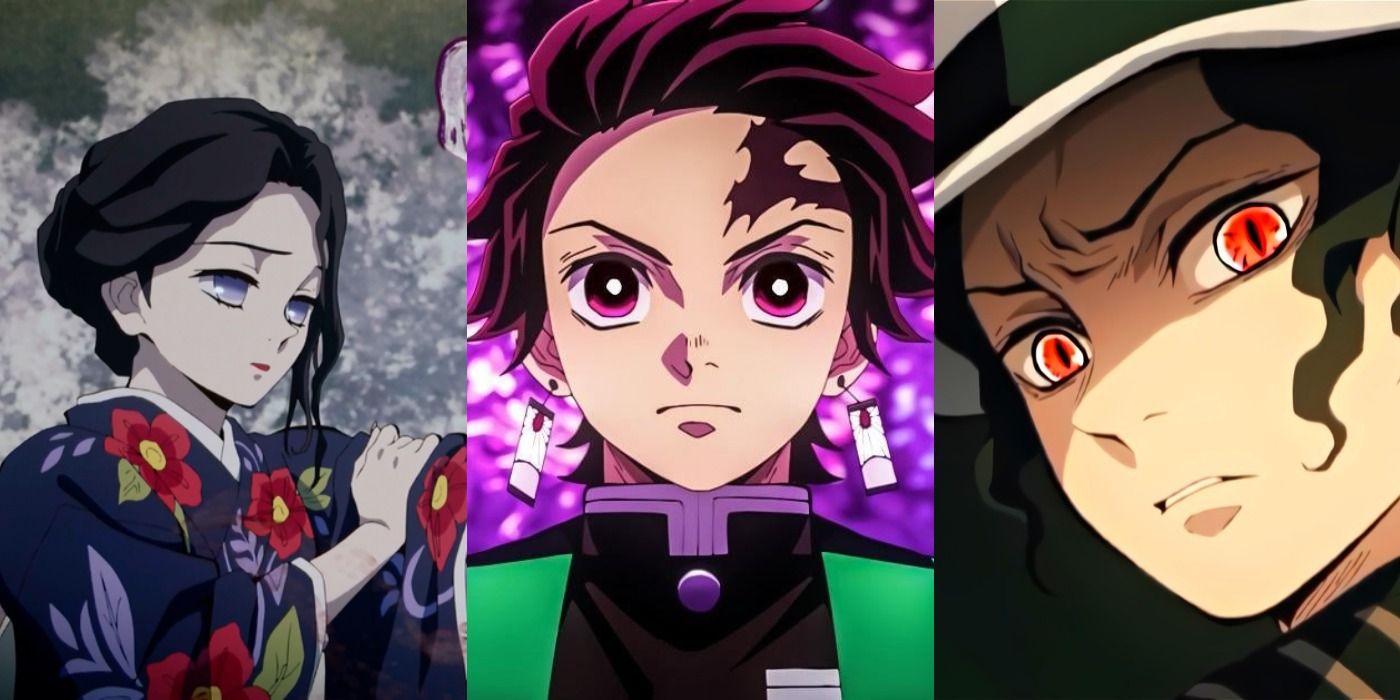 Demon Slayer is a hit anime that recently finished its Entertainment District Arc, and fans cannot wait to stream future installments. Now, the franchise has released new art to signal the advent of its third season, creating a buzz in the process.

RELATED: 10 Harsh Realities Of Being A Demon Slayer Fan

Critics laud the show’s in-depth characters, well-written arcs, and beautiful animation. However, Demon Slayer has its faults. Like many anime, the show tends to break its own rules. The plot establishes precedents—such as demons dying via decapitation—but subverts those rules, as fans see when Nezuko, Enmu, and Daki all survive having their heads cut off. There are many moments when Demon Slayer breaks its own rules.

8 Not All Demons Die With Decapitation

However, the show breaks this rule to further suspense and shield characters with plot armor. A few ranked demons (and Nezuko Kamado) survive decapitation many times throughout the series. Luckily, the demon slayers have other tricks, such as wisteria poison and the powerful Sun breathing technique.

7 Not All Demons Are Beholden To Muzan

As the first demon, Muzan Kibutsuji created all others, each of which is generally under his dominion. Even those who are not under his direct control cannot reveal his name. For the most part, demons look to Muzan as a leader and god-like figure.

Yet, the characters find out there are those demons who do not follow Muzan. When Nezuko staves off her demonic hunger for flesh and fights alongside the demon slayers, the entire Demon Slayer Corps is shocked. Tanjiro and Nezuko are similarly surprised to meet Tamayo, who actively works against Muzan and searches for a way to turn demons human again. As a result of this unique twist, figures like Tamayo rank as the best Demon Slayer side characters.

6 Tanjiro Succeeds Despite The Curse Of Wielding A Black Blade

The warning that those who wield a black Nichirin blade are tragic figures is a superstition the Demon Slayer Corps passes down to its members. This myth exists because those with a black sword often cannot commit to one breathing style. As they combat the desire to learn too many techniques, the owner of the black Nichirin sword falls behind.

The series creates this rule expressly to break it. The series protagonist, Tanjiro, has a black sword and struggles between Water and Sun breathing styles. His success breaks the precedent and leads to Muzan’s end, solidifying Tanjiro as one of the best Demon Slayer characters.

All demons eat human flesh, and thus all are evil: this is the rule that has fueled the Demon Slayer Corps and its mission since its inception. While it’s a generalization, it’s true. However, this changes when Muzan transforms Nezuko into a demon.

Nezuko retains her humanity, and thanks to her brother’s help, she refrains from eating human flesh for the entirety of her duration as a demon. To regenerate, she takes long naps (some lasting for months). Her discipline unlocks incredible feats, making her one of the strongest women in Demon Slayer​​​​. She becomes an inspiration to the Demon Slayer Corps and other demons, as breaking this rule leads to a renewed fire to stop Muzan.

Manga spoilers are ahead! The Blue Spider Lily is a rare and mythological plant said to create demons. Muzan desperately searches for the plant for centuries because he suspects it to be the cure to the demon curse. Unfortunately, the Blue Spider Lily serves mainly as a symbol of Muzan’s futile quest, and the plant does not play a direct role in the show or the ultimate cure.

Demon Slayer has straightforward mechanics regarding the Breathing techniques and the Blood Demon Arts. When Tanjiro learns the Hinokami Kagura, he realizes that certain moves result in serious injury. He decides to push himself past the breaking point in his fight with Daki and Gyutaro, and he is resigned to dying when he does so.

Yet, he survives, which breaks the long-standing Demon Slayer rule that sees many powerful Hashira meet their deaths. The show is unafraid to kill characters who fight more powerful opponents. However, it makes exceptions for Tanjiro, who is considered one of the strongest Demon Slayer characters because of this.

2 Zenitsu Sleeps Through Everything

Zenitsu Agatsutama is a cowardly demon slayer whose personality completely changes while he sleeps. In his slumber, an alter ego with formidable fighting power and a fearless demeanor takes the reins. The show uses this for comedic effect, as Zenitsu faints in the face of evil, and his braver persona replaces him to achieve a resolution.

Unfortunately, the show exploits this rule to the extent of feeling overdone. Demon Slayer switches Zenitsu’s personas off-screen or for no reason. In the end, it feels like an unnecessary feature. Plus, many fans find Zenitsu’s normal personality annoying and rank him among the worst Demon Slayer side characters.

1 Not All Kizuki Are One Demon

There are around six lower and upper-rank demon moons (Kizuki). Each serves as one of Muzan’s powerful demon vassals. One demon fills each rank (one through six in both upper and lower) in every case except Daki and Gyutaro.

The series breaks its rule of one demon for each Kizuki rank when it makes these siblings the sixth upper-rank demons. The Kizuki’s ranking rule is arbitrary, but it makes for a surprise when Tanjiro and Uzui Tengen realize this. The siblings’ tragic backstory, which explains their unlikely linkage, makes them among the most complex and strongest demon moons.