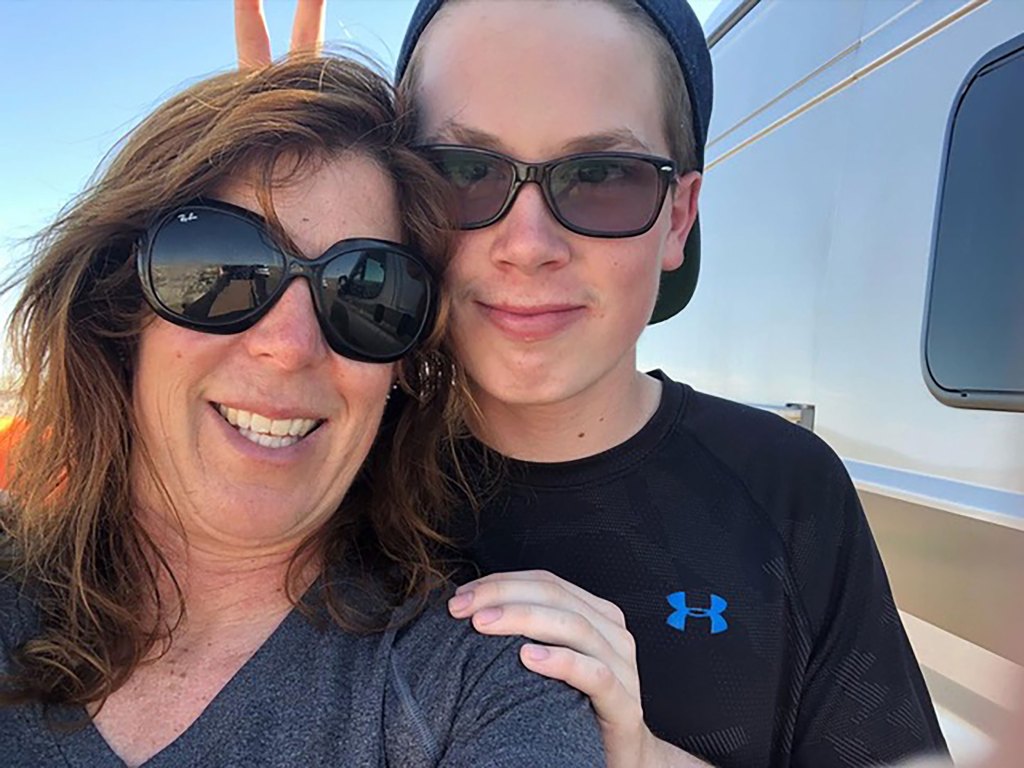 Editor’s note: If you or someone you know is struggling with suicidal thoughts or mental health matters, please call the National Suicide Prevention Lifeline at 800-273-8255 to connect with a trained counselor or visit the NSPL site.

Ryan Last received a message on a school night in February from someone he believed to be a girl.

Within hours, the 17-year-old, straight-A student and Boy Scout had died by suicide.

“Somebody reached out to him pretending to be a girl, and they started a conversation,” his mother, Pauline Stuart, told CNN, fighting back tears as she described what happened to her son days after she and Ryan had finished visiting several colleges he was considering attending after graduating high school.

The online conversation quickly grew intimate, and then turned criminal.

The scammer — posing as a young girl — sent Ryan a nude photo and then asked Ryan to share an explicit image of himself in return. Immediately after Ryan shared an intimate photo of his own, the cybercriminal demanded $5,000, threatening to make the photo public and send it to Ryan’s family and friends.

The San Jose teen told the cybercriminal he could not pay the full amount, and the demand was ultimately lowered to a fraction of the original figure — $150. But after paying the scammers from his college savings, Stuart said, “They kept demanding more and more and putting lots of continued pressure on him.”

At the time, Stuart knew none of what her son was experiencing. She learned the details after law enforcement investigators reconstructed the events leading up to his death.

She had said goodnight to Ryan at 10 p.m., and described him as her usually happy son. By 2 a.m., he had been scammed, and taken his life. Ryan left behind a suicide note describing how embarrassed he was for himself and the family.

“He really, truly thought in that time that there wasn’t a way to get by if those pictures were actually posted online,” Pauline said. “His note showed he was absolutely terrified. No child should have to be that scared.”

Law enforcement calls the scam “sextortion,” and investigators have seen an explosion in complaints from victims leading the FBI to ramp up a campaign to warn parents from coast to coast.

The bureau says there were over 18,000 sextortion-related complaints in 2021, with losses in excess of $13 million. The FBI says the use of child pornography by criminals to lure suspects also constitutes a serious crime.

The investigation into Last’s case is ongoing, Stuart and the FBI tell CNN.

“To be a criminal that specifically targets children — it’s one of the more deeper violations of trust I think in society,” says FBI Supervisory Special Agent Dan Costin, who leads a team of investigators working to counter crimes against children.

According to Costin, many of the sextortion scams reported to the FBI are determined to be from criminals on the African continent and in Southeast Asia. Federal investigators are working with their law enforcement counterparts around the world, Costin said, to help identify and arrest perpetrators who are targeting kids online.

One challenge for the FBI: many victims of sextortion do not report the incidents to law enforcement.

“The embarrassment piece of this is probably one of the bigger hurdles that the victims have to overcome,” said Costin. “It can be a lot, especially in that moment.”

But investigators urge victims to quickly contact law enforcement, either online or at their local FBI field office.

“Teen brains are still developing,” said Dr. Scott Hadland, chief of adolescent medicine at Mass General in Boston. “So when something catastrophic happens, like a personal picture is released to people online, it’s hard for them to look past that moment and understand that in the big scheme of things they’ll be able to get through this.”

Hadland said there are steps parents can take to help safeguard their kids from online harm.

“The most important thing that a parent should do with their teen is try to understand what they’re doing online,” she said. “You want to know when they’re going online, who they’re interacting with, what platforms they’re using. Are they being approached by people that they don’t know, are they experiencing pressure to share information or photos?”

“You want to make it clear that they can talk to you if they have done something, or they feel like they’ve made a mistake,” he said.

“You need to talk to your kids because we need to make them aware of it,” Stuart said.

Still grieving the loss of her son, she is channeling her family’s pain into action, and honoring Ryan by speaking out and telling his story. She hopes that doing so will help save lives.

“How could these people look at themselves in the mirror knowing that $150 is more important than a child’s life?” she says. “There’s no other word but ‘evil’ for me that they care much more about money than a child’s life. I don’t want anybody else to go through what we did.