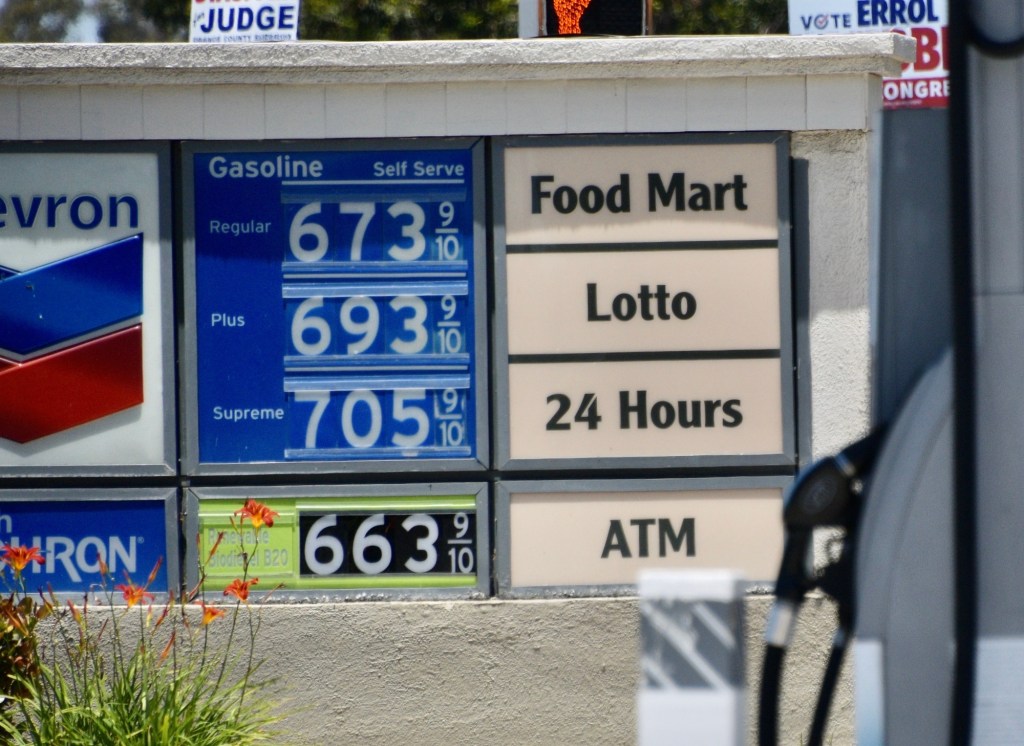 While drivers in the rest of the country express outrage at $5-per-gallon gas, Californians pine for it. With prices here between $6 and $7, some state legislators are calling for suspending California’s gas tax, which will be 54 cents a gallon as of July 1. Gov. Newsom has countered with a proposal to send $400 to the owner of nearly every registered vehicle.

Other lawmakers point out that low- and middle-income families are also hurting from fast-rising utility bills and rents. They would prefer rebating $200 per person to every household below a moderate-income cutoff.

Still, with gas prices very salient for drivers — and therefore for politicians — there is far greater focus in Sacramento on pain at the pump than other financial challenges. But the problem with a simple suspension of the gas tax is that when the price of crude oil eventually falls, Californians will jump back into beefy SUVs and away from electric vehicles.

Here’s a compromise that addresses those concerns: Replace the current tax with a price-stabilizing gas tax that would disappear when crude oil prices are high, just as tax-suspension advocates want, and would ratchet up as crude oil prices drop, protecting the environmental incentives of the tax. A win-win.

I worked on this idea in mid-2008, when crude prices were above $170 per barrel in today’s dollars but didn’t finish the study until December 2008, when prices had crashed to below $60. Just as in 2008, oil prices are not likely to stay at these inflated levels.

Futures markets predict today’s $110 per barrel oil price will fall to $90 in a year and to $70 in three years, though that’s far from certain. If we make real progress on getting off oil, prices will very likely crash to far lower levels 5-10 years from now.  At that point, just as in late 2008, advocates for keeping gasoline “affordable” will be enjoying the low prices and will reject a gas-tax increase.

This commitment to stabilize the price of gasoline would mean that the demand for electric vehicles and fuel-efficient conventional vehicles wouldn’t evaporate when the price of crude oil plummets, as we saw happen in 1998, 2009 and 2015.

Some policymakers worry this approach would increase tax revenue volatility. But gas taxes are less than 4% of state tax revenues, and the price-stabilizing gas tax would actually reduce volatility of those revenues.

Currently, gas tax revenues increase when the state’s economy is strong and is also generating high income and sales taxes. Revenues from a price-stabilizing gas tax would move inversely with the state’s economy, because the tax would fall when oil prices rise, which typically happens in a strong economy.

Let’s seize the opportunity current gas prices present, rather than watching them tumble in six months or a year and wishing we had cut a deal while it was possible. This could even be a model for a similar deal for the national gas tax, currently 18.4 cents a gallon, which hasn’t been adjusted since 1993. It’s another opportunity for California policy leadership.

Severin Borenstein is a professor at UC Berkeley’s Haas School of Business and faculty director of the Energy Institute at Haas.