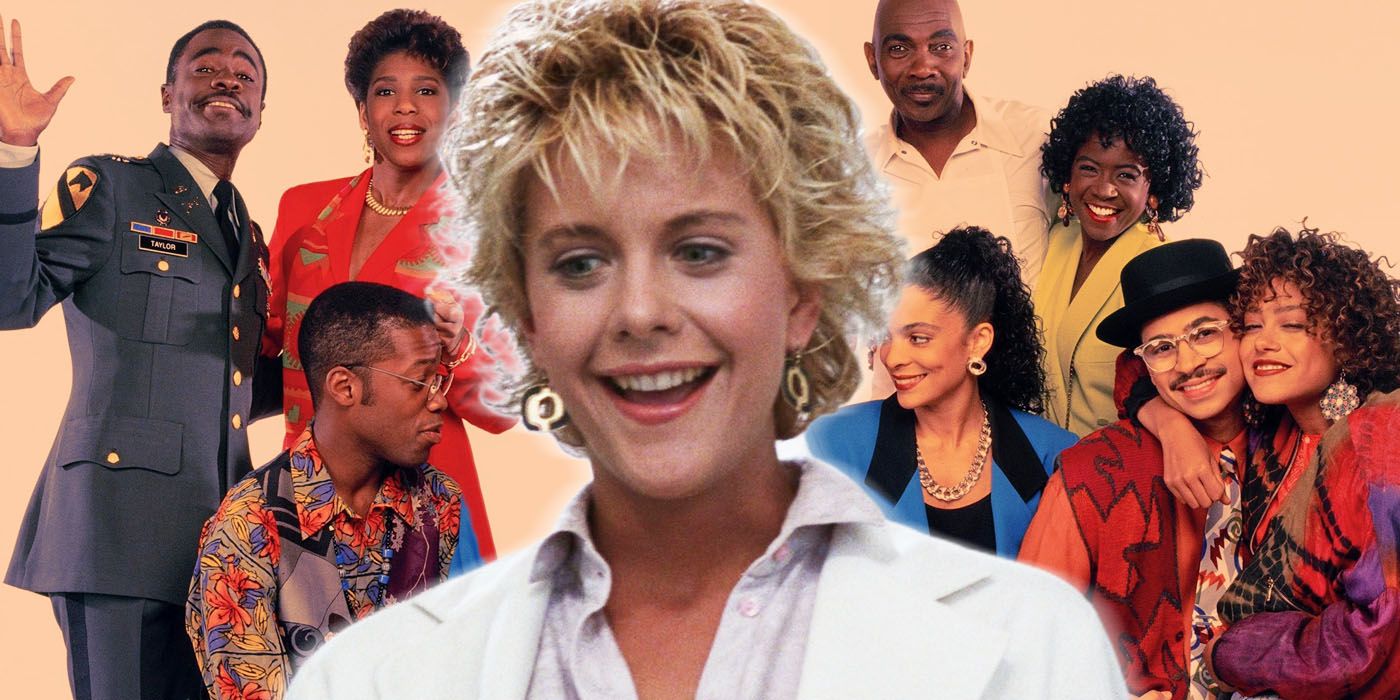 TV URBAN LEGEND: A Different World was originally going to be primarily about a White student attending the historically Black college of Hillman.

In 1986-87, NBC found itself in an enviable position with its Thursday night lineup of comedies (this was before they started using the term “Must See TV,” which, interestingly, was not a term devised specifically for NBC’s Thursday night shows). NBC had the highest-rated series, The Cosby Show, the second-highest-rated series, Family Ties and the third highest-rated series, Cheers, all airing back-to-back-to-back, with the #7 show, Night Court, finishing out the quartet of shows. That was the third year in a row that those four shows had aired together and NBC was finally ready to make a move, adding its first spinoff of The Cosby Show to replace Family Ties, which was moved to Mondays to try to take on CBS’ hit mystery drama series, Murder, She Wrote.

On September 24, 1987, that first Cosby Show spinoff debuted, titled A Different World. It starred Lisa Bonet as her Cosby Show character of Denise Huxtable, the second-oldest Huxtable child, who was now attending college at Hillman, the HBCU (historically Black college/university) that her parents Cliff and Clair Huxtable, had attended (presumably modeled after Howard University, the HBCU that Clair Huxtable actor Phylicia Rashad and her sister, future A Different World showrunner, Debbie Allen, both attended).

It followed Denise and her friends and classmates, including her White roommate, Maggie (played by Marisa Tomei) before Bonet (and Tomei) departed following the first season, at which point incoming producer Debbie Allen took the show in a completely different direction, elevating supporting characters in Season 1 played by Jasmine Guy and Kadeem Hardison (Whitley Gilbert and Dwayne Wayne) to become the new leads of the show. However, Allen certainly stressed the ensemble nature of the show over the years.

The fascinating thing about the dramatic change from Season 1 to Season 2 is that the show had already undergone a dramatic change between the early days of Season 1 and the actual first episode.

RELATED: What Was the Strange Origin of Penguin’s ‘Quack’ on the Batman TV Series?

WHAT WAS A DIFFERENT WORLD GOING TO BE ABOUT ORIGINALLY?

According to legendary TV director, Jay Sandrich, who was a four-time Emmy winner for Best Director of a Comedy Series (twice for The Mary Tyler Moore Show and twice for The Cosby Show) and who directed the pilot of A Different World, the original concept for A Different World that Bill Cosby came upon was that the show would follow a White female student as she attended an HBCU, with Denise Huxtable as her roommate. Sadly, there is a long history of networks and film studios being more willing to do a film about Black characters if you attach a White character prominently (that same year saw the release of Cry Freedom, starring Denzel Washington as the South African activist, Stephen Biko, but with Kevin Kline as his White journalist friend, Donald Woods, whose point of view is used in the film).

The concept was to hire the legendary actor/singer/dancer, Lena Horne, as an acting professor at Hillman who so inspired the White character, Maggie Lauten, that she felt that she had to attend Hillman to study under her tutelage. This would obviously be a juicy role for an actor and the show became, in a way, a vehicle for a charming young actor named Meg Ryan. So Meg Ryan would play Maggie, Bonet would play her rooomate, Denise, Lena Horne would play Maggie’s acting professor and the rest of the cast would be filled out around that setup. However, one of the problems with a starring vehicle is that sometimes your star becomes too big for the vehicle.

RELATED: Was There Nearly a TV Animated Series Based On…Michael Jackson’s Pets?!

WHY DID THE SETUP FOR A DIFFERENT WORLD CHANGE?

Ryan had appeared in the blockbuster film, Top Gun, in 1986, and she was also filming a movie, Innerspace, that was set to come out in the summer of 1987 and either Ryan or her agents decided that Ryan was better off pursuing a career in films. Since she then became a major movie star, that was probably the right call. So the role of Maggie was then recast with Marisa Tomei, but while obviously Tomei ended up becoming a movie star, as well, she was not yet at the point where you would hang a whole show around her and so the producers decided to alter the concept for the show. In addition, Lena Horne decided to not do the series, which took away that hook from the show, as well.

Maggie would remain, of course, but the focus of the show would shift to Bonet’s Denise, with Maggie now being a secondary character.The show was definitely going through some chaotic changes behind the scenes, though. The original producer of the series was George Crosby, a producer from Miami Vice and Knight Rider (he later produced The Cosby Mysteries with Bill Cosby, so presumably he had some sort of connection to Bill Cosby), but he was replaced before the series debuted by Anne Beats, the former Saturday Night Live writer who had created the acclaimed sitcom, Square Pegs.

Obviously, as noted earlier, the new setup for the series didn’t work (even the show finished its first year as the second-highest rated show on television), but then Debbie Allen came aboard, and the show ran fairly smoothly for another five seasons, finishing in the top five in the ratings for Season 2-4 and in the top 20 for Season 5. It even took over The Cosby Show‘s 8pm time slot for the 1992-93 season after The Cosby Show finished its run. Still, it’s an interesting thought experiment to think of how things would have gone had Meg Ryan stuck around for the series.

Be sure to check out my archive of TV Legends Revealed for more urban legends about the world of TV.

Feel free (heck, I implore you!) to write in with your suggestions for future installments! My e-mail address is [email protected]

Amsterdam is cracking down on ‘nuisance tourism’…