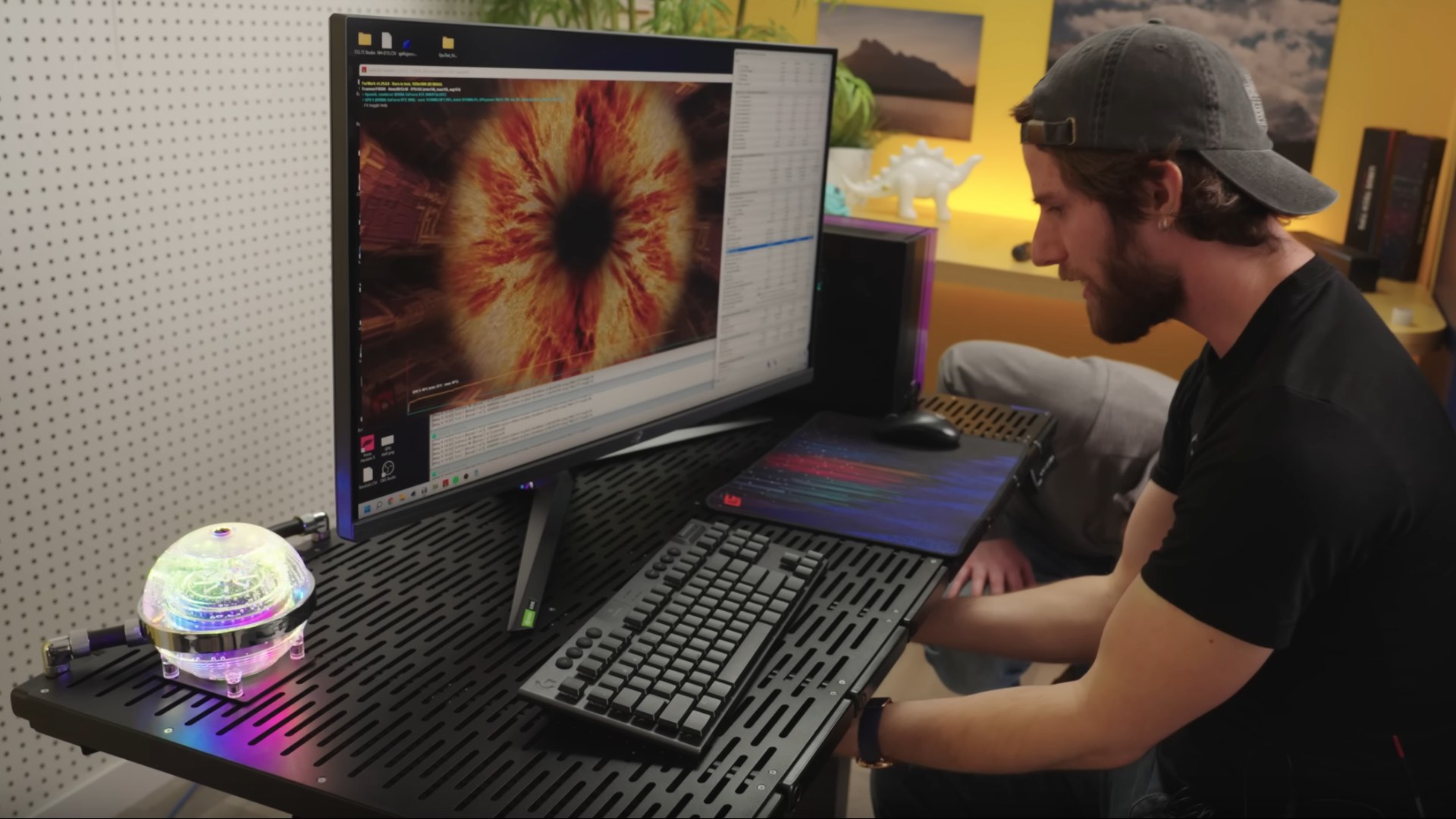 In an effort to make the quiestest and coolest gaming PC possible, a desk made entirely of liquid cooler radiators sounds like an ingenious solution that could have you cranking game settings up to max without your rig breaking a sweat. Unfortunately, the same might not be said for you, as the heat has to go somewhere.

The idea comes from a Linus Tech Tips viewer, Depressed Zip File, and the YouTuber swiftly makes the dream a reality with the help of Flexispot tabletops, Alphacool liquid radiators, and Protocase fittings. It’s not something you could easily do at home, as it uses eight 560mm radiators, the brackets are laser cut and pressed with hydraulics, and there’s a whole lot of drilling and improvising to get it working.

As Linus says, the end result looks fantastic with an “industrial chic” that most gamers would be happy to have in their home. The Nvidia GeForce RTX 3090 graphics card under the hood peaks at just 53-degrees when running Doom Eternal at its highest settings with ray tracing at more than 200fps. The temperature of the Intel Core i9-12900KS gaming CPU is a bit higher at 82-degrees, saved from overheating by the copper IHS and liquid metal cooling – but still, it’s benching a lot and still running strong.

One thing that Linus and Jake Tivy both note is just how hot the gaming desk gets, which might potentially be a blessing for your hands in the cold, wintery weather of Canada where it’s created, but would be an absolute nightmare when using it in the summer or if you’re in a smaller room. It’s apparently much easier to use if you don’t mind the noise of tens of fans blowing at 3,000RPM, but that heat is still spilling out into the room around you. Sure, it’s better outside of the PC case than in, but this will inevitably become insufferable during longer gaming sessions.

There are other caveats that come with the desk, too. First, the exposed fans on the underside aren’t exactly the safest. There’s potentially a solution for this with another grated tabletop secured underneath. You also probably won’t be able to clamp a gaming monitor to it. Solid metal is sturdier than glass, but you wouldn’t want any pressure on the radiator fins.

It’s a brilliant exercise in creativity and who knows; this could be a first look at what might be the next evolution of Lian Li’s case desks. I personally wouldn’t recommend holding your breath to see something like this come to market, though.

PS Plus Premium: Here’s the Full List of Games for February 2023