A photo immortalizes a family’s deaths 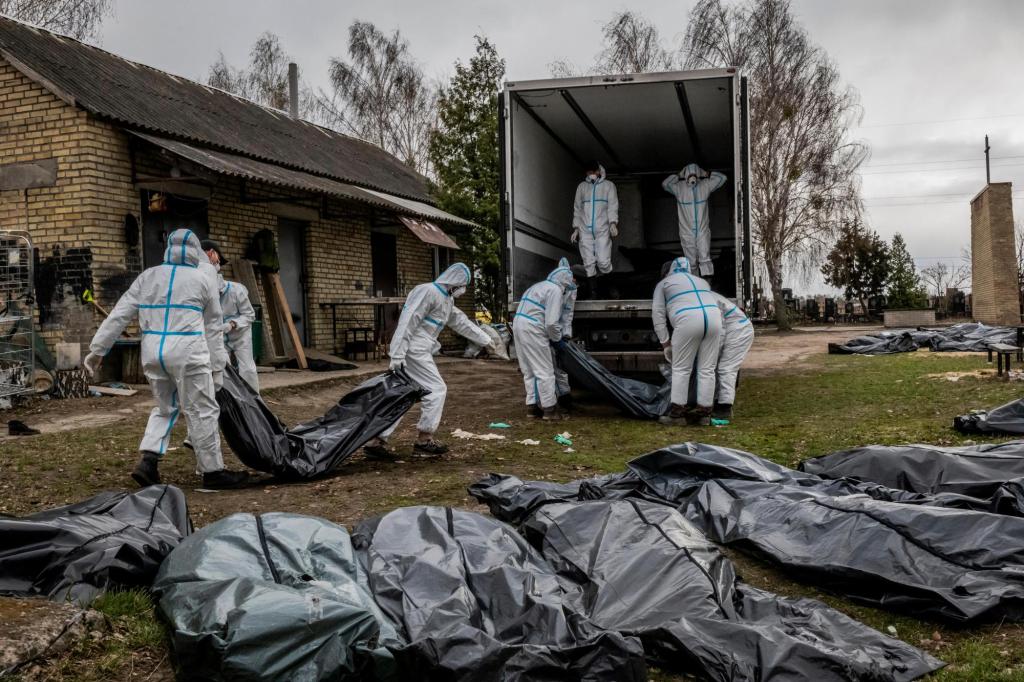 KYIV, Ukraine — They died as thousands of others have died in Ukraine, from the spray of metallic shards that burst from an artillery shell. When it hit, Tetiana Perebyinis, 43, and her two children, Mykyta, 18, and Alisa, 9, along with a church volunteer who had been helping the family flee from fighting, were only a dozen or so yards away. They didn’t stand a chance.

All four slumped to the pavement, dead or unconscious and dying. The family dog, also hit and wounded, yelped in terror. Blood splattered on the face of the church volunteer, Anatoly Berezhnyi, 26. But the scene of the bodies, lying motionless by a bridge they had crossed seeking safety, was eerily calm.

The deaths were typical in a war fought largely with artillery in which civilians are cut down daily, but also stood apart for resonating far beyond the Kyiv suburb of Irpin where they died. A photograph of the family and Berezhnyi, taken by a New York Times photographer, Lynsey Addario, encapsulated the indiscriminate slaughter of civilians by Russian forces.

The family’s lives and their final hours were later described in an interview with Perebyinis’ husband, Serhiy. The family had fled war once before, escaping to Kyiv from the Russian-backed separatist conflict in eastern Ukraine in 2014. Since then, they had built a solidly middle-class life; she worked as an accountant, he as a computer programmer.

Since the first days of the war in February, the bodies of the dead are seen regularly but usually anonymously, lying on sidewalks after shelling, lined up in body bags at collection points, as hands or feet sticking out of the dirt in mass graves.

The deaths of Tetiana Perebyinis and her children were documented from the moment of their death and in subsequent interviews with family members. Breaking down in tears for the only time in the interview about his dead family, a few days after the artillery strike, Serhiy Perebyinis said he had told his wife the night before she died that he was sorry he wasn’t with her.

As for Addario’s photograph, she later said that it had felt almost disrespectful to stop and take it, but that it was important to record the moment. Reprinted on the front page of newspapers and news sites around the world, it became a watershed for the argument of accurately portraying the costs of war on innocent civilians.

Asked whether he supported showing the deaths of his family in this way, Serhiy Perebyinis said he did. “The whole world should know what is happening here,” he said.

Calling out movies pairing men with much younger women

Bruce Lehrmann lied about reason for being at Parliament House with Brittany Higgins,…

Herschel Walker’s Son Unleashes On Him After Abortion Report: ‘I’m…