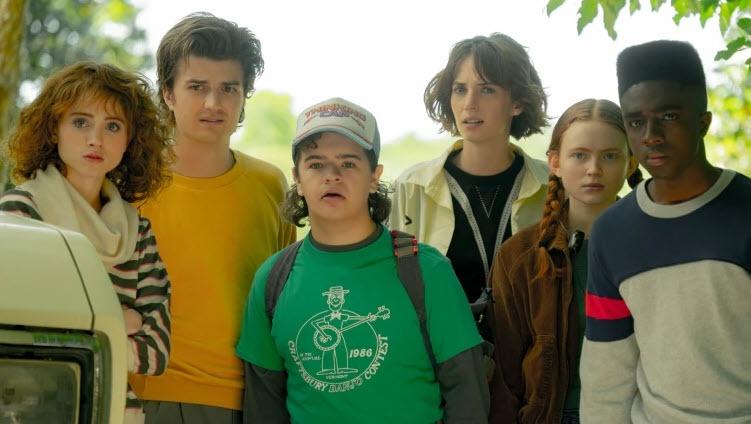 “Wait is Addison Rae joining Stranger Things?” my wife asked me, looking up from her phone the other day repeating a rumor spreading through TikTok. No, Addison Rae is not joining the cast of Stranger Things season 5, and it’s possible that no one else is either.

The Duffer Bros. have commented on the notion that they are constantly expanding the cast every season with new characters, and they’re saying that season 5 may be the time to stop doing that.

“We’re doing our best to resist [adding new characters] for Season 5,” Ross Duffer told IndieWire. “We’re trying not to do that so we can focus on the OG characters, I guess.”

“Whenever we introduce a new character, we want to make sure that they’re going to be an integral part of the narrative,” said Matt Duffer. “So that’s something with Eddie this season, where we go, ‘Well, we need a character here for this storyline to really work, and to give it the engine that is needed.’ But every time we do that, we’re nervous, because you go, ‘We’ve got a great cast of characters here, and actors, and any moment we’re spending with a new character, we’re taking time away from one of the other actors.’ So we’re just very, very careful about who we’re introducing.”

There are three main “groups” on the show, the adults, the teens and the kids, albeit now most of the “kids” are 18-20+ and the “teens” are pushing 30 in Joe Keery’s case. But by refocusing on the core cast, the Duffers can perhaps pushback on two criticisms of the show from the past few years:

1) The cast just keeps getting bigger and bigger as they add new characters. Even if they’re good characters (Max, Robin), it’s a pretty huge ensemble now and probably doesn’t need to get bigger in the final season. It’s caused the focus to be shifted off of some characters pretty heavily (Jonathan, for one).

2) They kind of keep pulling the same trick where they introduce a new, likable character who ends up dying or sacrificing themselves in some tragic way. This happens more or less once a season, if not twice (I’d probably put both Chrissy and Eddie in that category this past season).

The Duffer Brothers have already said that one character the final season will focus on in particular is Will Byers, both in terms of his sexuality and clear crush on Mike, but also his larger role relating to the Upside Down and why he was the first one taken, why he has the connection to Vecna, and so on. I would be surprised if we got no new characters at all in season 5, knowing how this has gone in the past, but perhaps fewer than we might have seen otherwise.