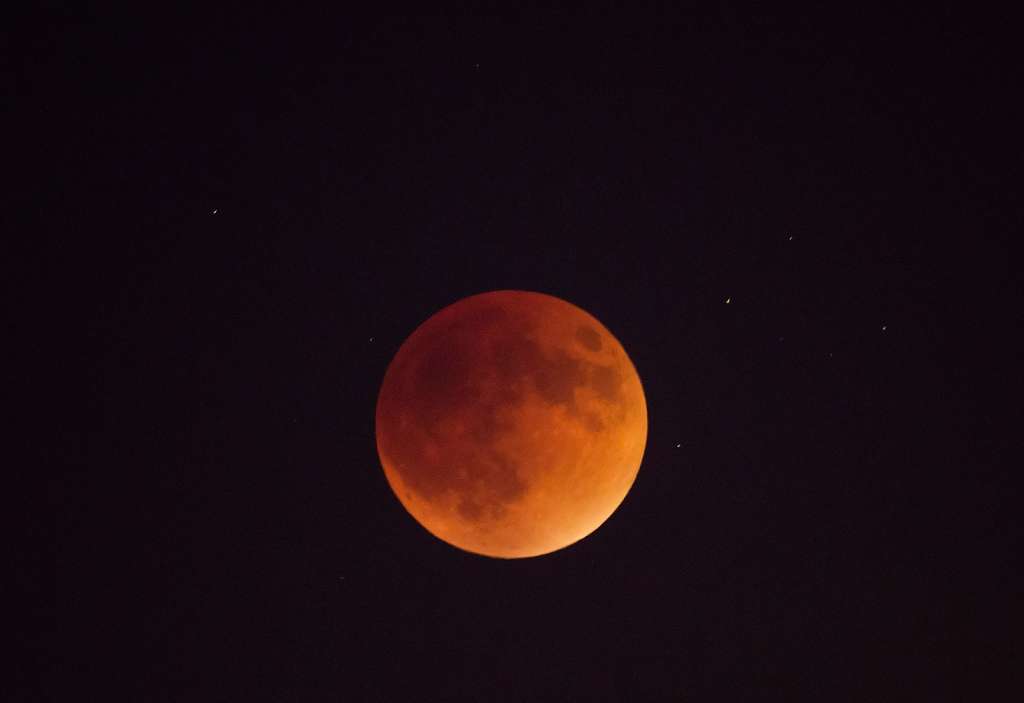 The moon will glow a scarlet color during this year’s first total lunar eclipse on Sunday — a stark contrast to its ordinarily milky white sheen.

When the sun’s rays reach the Earth, much of the blue and green light is scattered, while the orange and red colors remain visible, which is why the moon turns a reddish hue and is often referred to as the “blood moon,” according to The Old Farmer’s Almanac.

Not everyone will be able to catch a glimpse of the total lunar eclipse because it needs to be nighttime to see it, said Noah Petro, chief of NASA’s Planetary Geology, Geophysics and Geochemistry Lab.

How to view the eclipse
It is perfectly safe to view a lunar eclipse with your naked eye, according to Petro.

“That’s the great thing about lunar eclipses is that you require no other gear other than a passion and interest in being outside and a clear horizon,” Petro said.

For optimal viewing conditions, avoid bright lights and tall buildings that could obstruct your view, he said.

While the eclipse’s peak may only last for a short amount of time, the moon’s coppery tones will change throughout the night, according to Petro. These changes make this celestial phenomenon interesting to watch throughout the eclipse rather than at a particular moment, he said.

If it’s cloudy or the lunar eclipse is otherwise not available to view, you can watch a livestream of it from NASA.

(Copyright (c) 2022 CNN. All Rights Reserved. This material may not be published, broadcast, rewritten, or redistributed.)