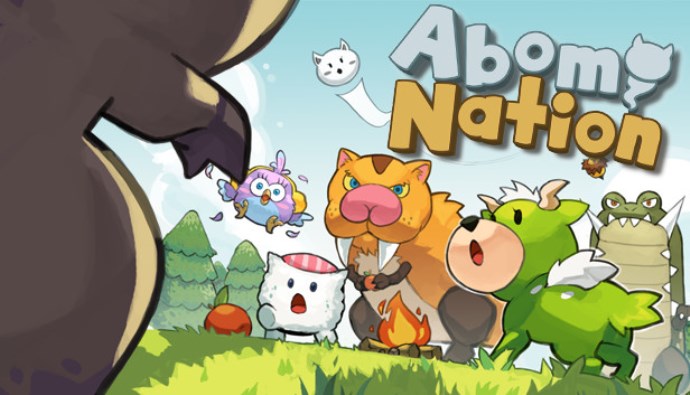 Publisher Dangen Entertainment, along with developer Orange Pylon Games, today confirmed that they’re putting Abomi Nation on Switch. While it will release on Nintendo’s console in the future, a specific date hasn’t been announced.

Abomi Nation is about to receive a big update on PC featuring 22 brand-new Abomis, 10 guest Abomis from Bug Fables: The Everlasting Sapling, 13 new Abomi variants (162 Abomis in total), new attacks, abilities, and biomes, and a new “Fast Battle Mode”. All of this content should be included in the Switch edition.

Battle for control of Abomi Nation!
Build your party from over 100 Abomis to recruit, evolve and master! No two teams will be alike! Inspired by the Nuzlocke challenge, Abomi Nation is designed to be extremely replayable and customizable.

Master a unique turn-based battle system that emphasizes 1-on-1 combat, but allows for tactics that impact benched Abomis before they even enter the fray. Unleash devastating attacks such as ‘Infernal Blast’ and ‘Quivering Quake’ to exploit your opponents’ weaknesses, or rally your own teammates with moves like ‘Speech!’

Every Abomi possesses tremendous abilities. Via their elemental types (Neutral, Fire, Water, Ice, Plant, Lightning, Air, and Earth), Abomis in a different time utilized power and strategy to dominate each other. After becoming civilized, most Abomis tended to forget about their violent history. But, now, as a powerful threat emerges, your team will have to rediscover their powers and fight for Abomi Nation’s safety.

Explore a Nation unique to your playthrough!
Every run of Abomi Nation will generate a uniquely-shaped island for your team to traverse, offering up a different combination of areas, bosses, and Abomis to recruit every time you play! Replayability is a main focus of Abomi Nation.

There will always be ways to tweak your game’s settings to keep each new run feeling fresh. Don’t worry! If you end up losing all of your Abomis, you can continue your run with death turned off at the sacrifice of some rewards. So give it your best shot!

Play at your own pace! Want to completely randomize which Abomis can spawn at any level? Want more control over who you add to your team? Want to control whether your team members will permanently die in battle or not? You’ll have the freedom to play the game in a length and manner that suits you.

Watch your team bond!
No two teams will be alike in Abomi Nation thanks to the myriad of randomized factors that go into each run. Abomis have different personalities from one another, and this will impact how multiple Abomis react to the same situation. As your adventure unfolds, the bond between any two Abomis will grow, causing them to behave differently when their friends are in danger.

Not everything in Abomi Nation is about fighting. Experience cuteness overload while you boost your team’s stats by eating together, playing minigames, and participating in all sorts of events offered by friendly townsfolk. It’s OK to enjoy some down time in between life-risking battles.

Get a look at a trailer for Abomi Nation below.

HGTV’s “Building Roots” is putting Pagosa Springs on the map, one mountain home remodel at a time

Game Kickstarter Cancelled In The Most Brutal Way Possible

Like a Dragon Gaiden Will Include Cabaret Club Minigame

Loot Boxes Would Be For Adults Only If Australian Bill Passes