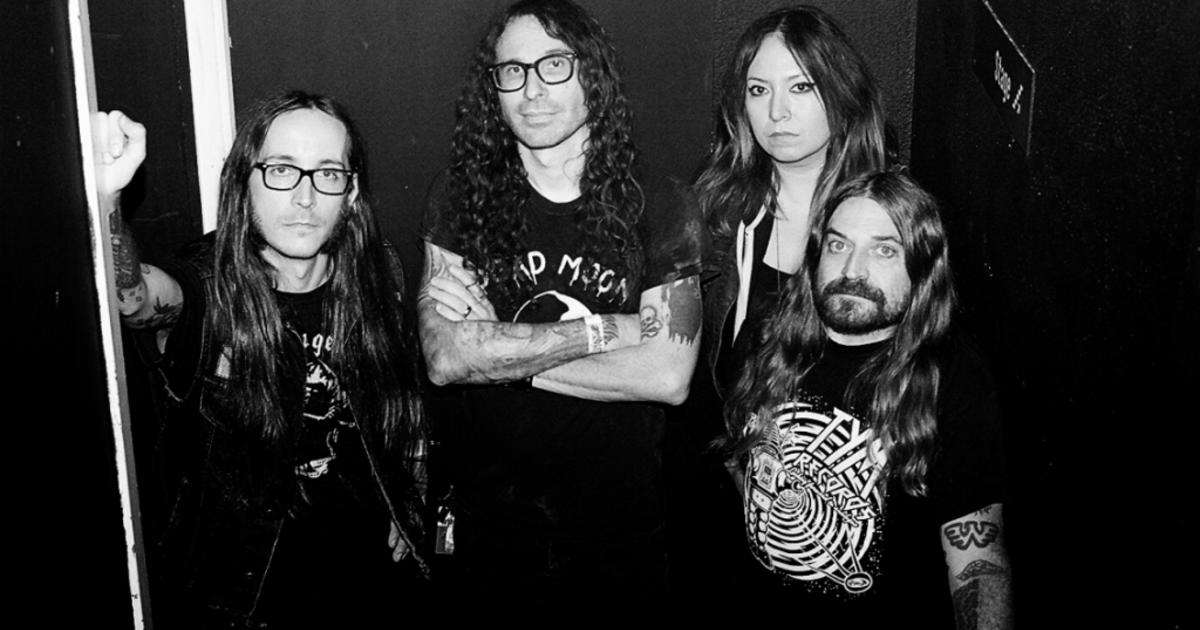 SAN FRANCISCO — Over the course of 14 years in existence, Richmond, VA-based quintet Windhand has established a reputation as leading light on the modern doom-metal scene. Mixing monolithic riffs from guitarists Garrett Morris and Asechiah Bogdan that recalled stoner-rock icons Sleep and Acid King, Lysol-era Melvins and Black Sabbath with the soaring, melodic vocals of singer Dorthia Cottrell, Windhand was formed in 2008. After several years of developing material and their unique sound, the band earned wide acclaim with the 2012 release of their debut album on Forcefield Records.

That effort would help the band score a deal with Relapse Records. A split release with fellow Richmond drone merchants Cough brought more accolades, leading up to 2013’s breakout album Soma. Hailed by the underground metal blogs and mainstream outlets like Rolling Stone, NPR and Spin as one of the year’s best metal albums, the recording paired the sprawling drone avalanches of “Boleskine” and “Cassock” with Cottrell’s stunning acoustic lament “Evergreen” to striking effect.

Soma landed Windhand on several high-profile tours with High on Fire and Dead Meadow as well as spots on numerous festival bills including Roadburn, SXSW, Day of the Shred and Maryland Deathfest. In 2015, the band traveled to Seattle to record its next album with famed producer Jack Endino, the man who helped track some of the most influential Sub Pop records of the ’90s by the likes of Nirvana, Mudhoney and Soundgarden as well as more modern metal efforts by High on Fire.

The resulting effort, Grief’s Infernal Flower, found Windhand delivering another batch of tuneful, potent songs over the course of the sprawling 70+ minute psychedelic doom epic that was showered with accolades by the music press. The group would take a break after an extensive and well-attended tour to promote Grief’s Infernal Flower (though Cottrell also managed to put out her country-tinged, self-titled acoustic debut in 2015), with guitarist Bogdan departing to leave Windhand as a quartet. They would also issue a split album with fellow Virginians and Sabbath-inspired occult rockers Satan’s Satyrs that ramped up the hypnotic psychedelic elements to the band’s sound.

Windhand reunited with Endino in Seattle to record their latest album, Eternal Return, that came out to rave reviews in early October of 2018. Once again showcasing Cottrell’s knack for matching her stratospheric vocal melodies to the band’s lumbering, gothic riff architecture, the effort may be the quartet’s most accomplished creation yet. While they has largely been quiet since that release and during the pandemic, the group recently announced their plan to release Windhand Live, a 2LP set that documents a stunning performance they streamed in partnership with the Austin, TX-based Levitation Festival in November of 2020 that found the foursome reconvening to play together for the first time since the beginning of the COVID-19 lockdown.

The limited vinyl pressing of the album is set for release in August. This month they embarked on their first West Coast tour in ages that brings them back to California. Windhand returns to the Bay Area to headline the Starline Social Club in Oakland Monday night, joined by tourmates and Seattle-based doom/sludge outfit Un.

Tyler Johnson was the world’s top music producer in 2022, according to Jaxsta’s…

Storms may keep people away from beaches on Australia Day…