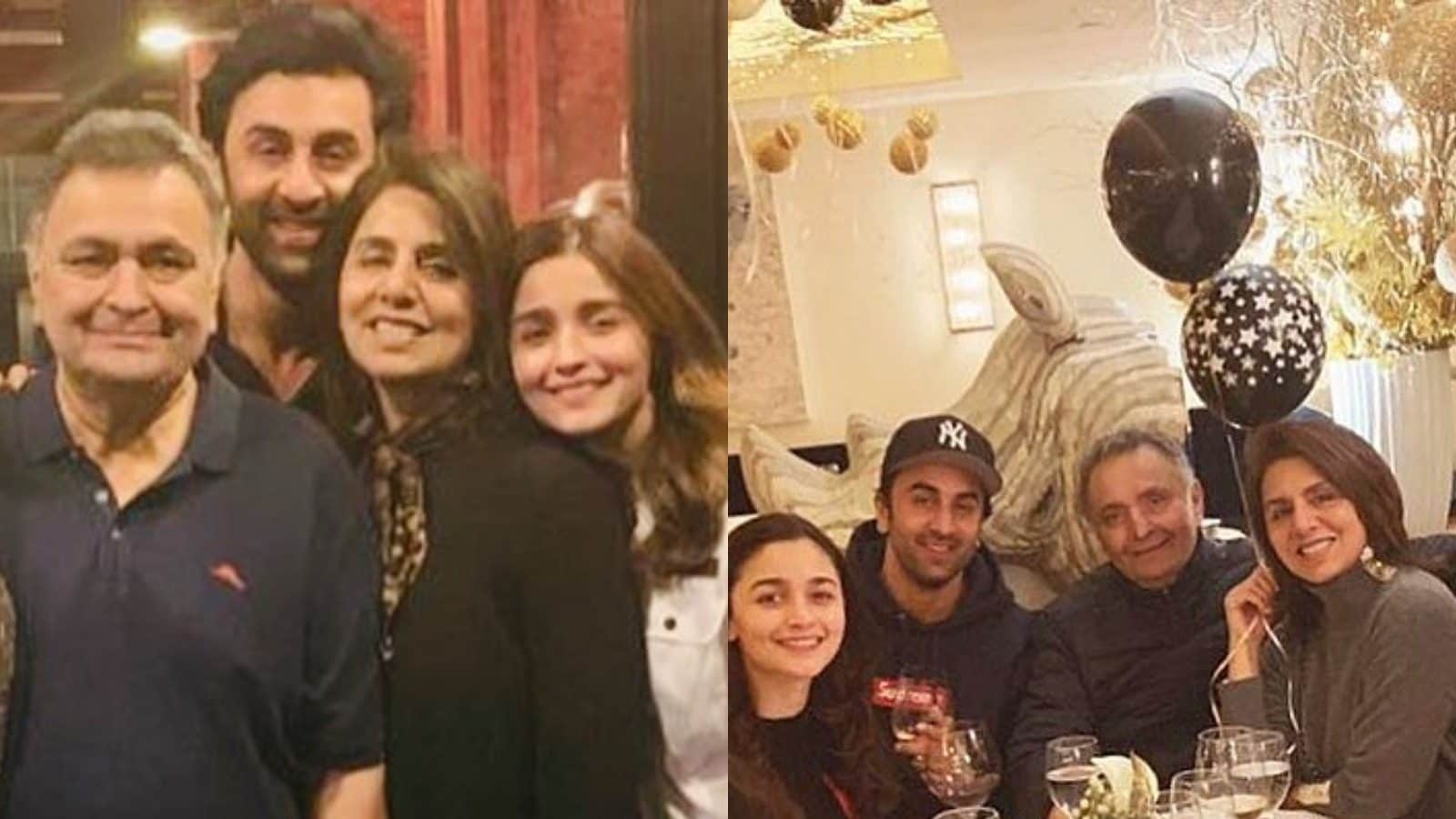 The wedding bells are ringing for Bollywood stars Alia Bhatt and Ranbir Kapoor. The power couple of the Hindi cinema will be tying the knot this April, with family and close friends in attendance. According to reports, Ranbir and Alia will be having an intimate wedding ceremony at the 39-year-old actor’s ancestral home, RK House in Chembur. As we await the wedding pictures of ‘Ralia’, let us take a look at photos of the 29-year-old actress with Ranbir’s family.

In this picture shared by Ranbir’s mother Neetu Kapoor, Alia is all smiles with the actor’s sister and brother-in-law Riddhima Kapoor Sahani and Bharat Sahni.

The actress who recently enthralled the audience with Telugu blockbuster RRR, featured in this Instagram post by Neetu, along with her mother Soni Razdan and sister Shaheen Bhatt.

In this picture from Christmas 2019, Alia and Ranbir were spotted attending the Kapoor Christmas brunch. The couple was surrounded by Ranbir’s extended Kapoor family.

Alia is pictured here with Ranbir’s late father and veteran Bollywood actor Rishi Kapoor. The family portrait also featured Neetu, Riddhima, and Ranbir. Neetu shared the picture on Instagram with a caption that read, “Your family is your whole world. So so many loves in these beautiful moments.”

Daughter of filmmaker Mahesh Bhatt, Alia flew to New York where Ranbir’s father was being treated for his cancer condition in 2019. The actress joined the Kapoor family to welcome the new year.

Alia and Soni joined her boyfriend Ranbir and Neetu for the birthday celebration of the actor’s aunt Rima Jain back in 2018.

The actress joined Neetu for a fun evening with their friends in 2018. Neetu shared the picture on Instagram with a caption that read, “Evening with some lovely beautiful people.”

The 2020 Kapoor Christmas lunch was attended by Alia as she joined her beau Ranbir. The picture shared by Kareena Kapoor Khan featured the extended Kapoor family all smiling for the camera.

Soni shared this picture featuring Alia and Neetu on Instagram last year. The veteran actress added in the caption, “There cannot be a better prescription for a wonderful evening than a lot of great food with a few great people.”

Are you looking forward to the wedding celebrations?