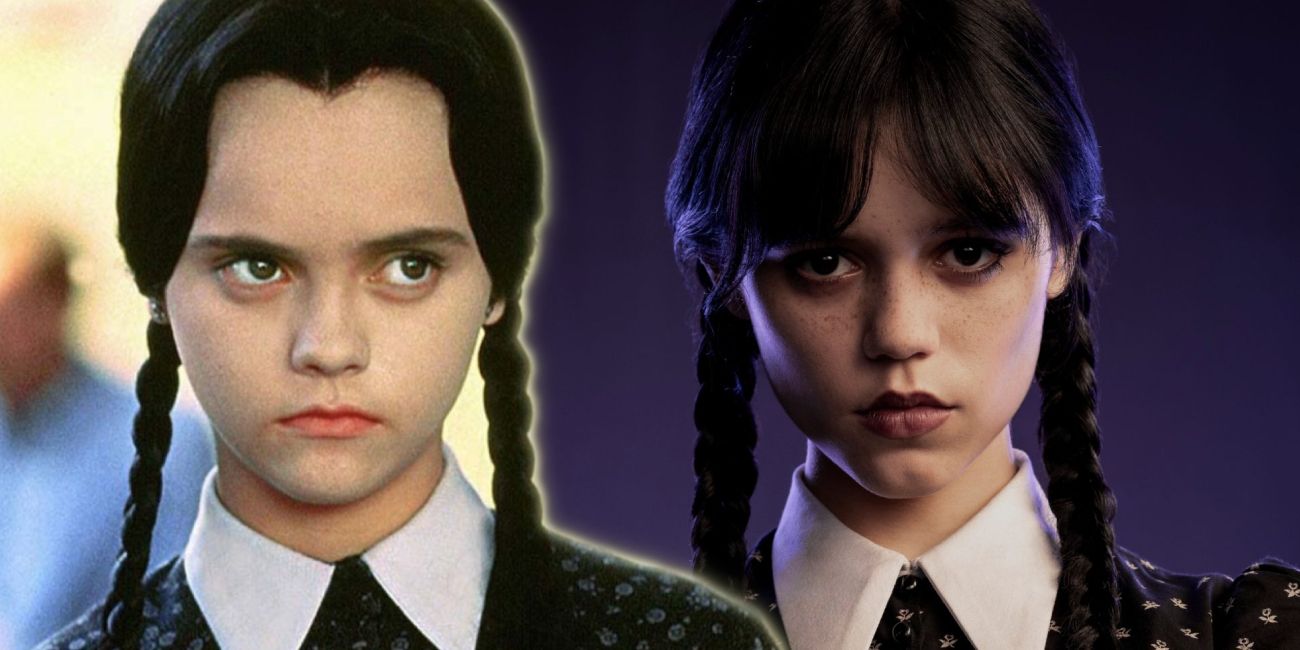 Christina Ricci — who played Wednesday Addams in the ’90s Addams Family movies — has nothing but good things to say about Jenna Ortega’s take on the iconic character in director Tim Burton’s upcoming Netflix original series Wednesday.

Ricci, who is set to appear in Wednesday in an undisclosed role, discussed the upcoming Netflix show during a recent interview with Variety. “It’s super fun,” she said. “I loved working with Tim. I worked with Gwendolyn Christie, it was amazing. And Jenna is incredible. I saw some of the wardrobe photos before I went [to set] so I knew [what she looked like in character] and I was like, it’s such a great modern take on Wednesday. It’s so true tonally to the heart and soul of [the original], but it’s then it’s [sic] incredibly modern and it’s great.”

Lisa Loring originated the role of Wednesday Addams — the young daughter of Gomez and Morticia Addams — in the original macabre sitcom The Addams Family, which aired on ABC from 1964 to 1966. A number of different actors have portrayed Wednesday in the years since, either by playing her on-screen, playing her on-stage or voicing her in animated projects. However, Ricci’s take on Wednesday is considered by many fans to be the definitive version of the character, making her endorsement of Ortega’s version that much more impactful.

Ricci first played Wednesday in director Barry Sonnenfeld’s 1991 film The Addams Family. She subsequently reprised her role in the 1993 sequel, Addams Family Values. Interestingly, Paramount Pictures initially approached Burton to helm the 1991 film, though he turned it down in favor of directing Batman Returns — the sequel to his 1989 film Batman — for Warner Bros. Pictures.

Burton’s Wednesday series sees Ortega, known for her role as Tara Carpenter in 2022’s Scream, step into the role of Wednesday Addams. Set during Wednesday’s high school years, the show is expected to debut on Netflix later this year, though a specific premiere date has not yet been announced.

Despite being the title character this time around, Wednesday will not be the only member of the Addams family to appear in the Netflix series. Ortega will be joined by fellow series lead Catherine Zeta-Jones, who is set to play none other than family matriarch Morticia Addams. Additionally, Isaac Ordonez will play Pugsley Addams in a recurring capacity, while Luiz Guzmán will guest star as Gomez Addams. As previously mentioned, Ricci herself will also star in the show, though her character is being kept under wraps (rumors that she would be playing Morticia obviously turned out to be false).

Wednesday is slated to premiere on Netflix in fall 2022.