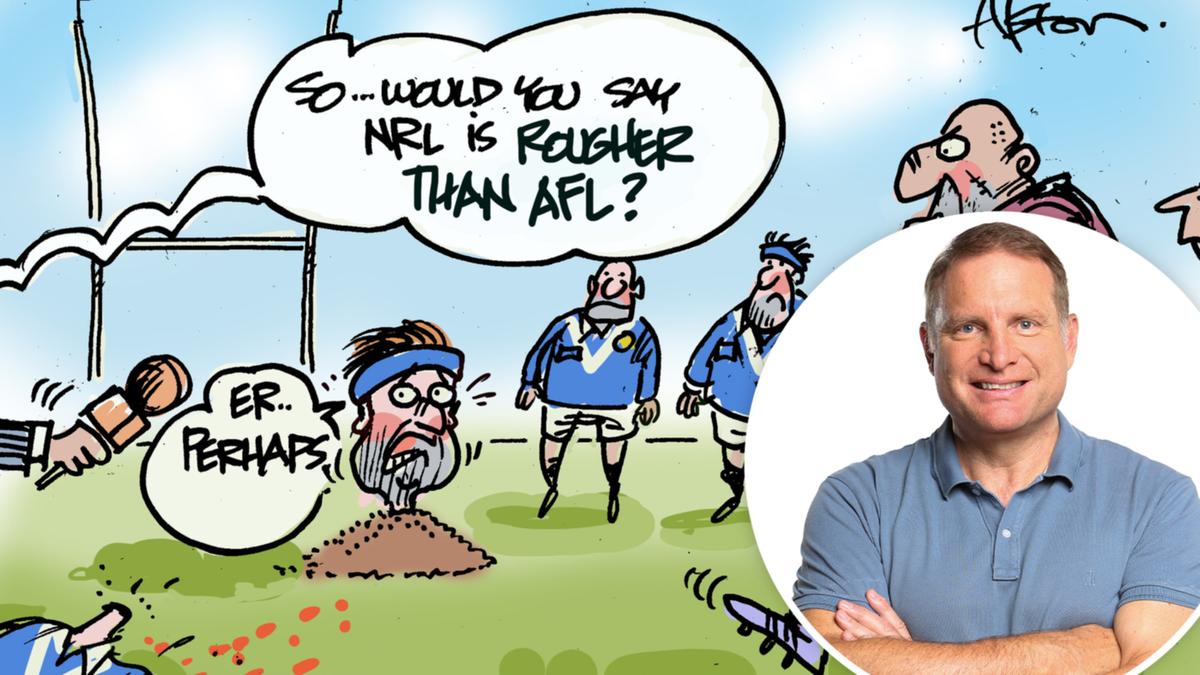 The winning team’s lap of honour at the NRL grand final more or less marks the end of footy season and it has caused me to reflect on Australia’s two biggest winter sports: Australian rules football and rugby league.

I was fortunate enough to experience both codes at the highest level and have often pondered which is the toughest game.

On one hand you have the unpredictable, 360-degree nature of Aussie rules up against the sheer ferocity and physical strength involved in rugby league.

Your local paper, whenever you want it.

In the AFL you can get hit from anywhere and sometimes you don’t even see it coming, but the players are less violent and also much lighter generally.

In the NRL, three huge beasts can come for you and there is no man (or woman) alive who can withstand the power of a combined attack.

Rugby league is not so much a contact sport as a collision sport and the force generated in some of the hits can reach 40G, which I’m told is the equivalent of a car crash at 65km/h.

This is why I think rugby league at the highest level is the toughest sport. I remember trying to get in the back of the mind of one of my league teammates (which wasn’t a long trip, I’ve gotta say) by asking him what it was he loved about rugby league.

His answer: “I love it when I run into a bloke and I hear his ribs crack”.

Another hard man who went by the nickname of “Cement” (which was in no way an sarcastic moniker) smashed me in a tackle during a trial game and then whispered in my ear “why don’t you go and rest in the forward pocket”.

Funny thing, that’s exactly what I was thinking — where’s the bloody forward pocket in this game, there is none. Basically you’re exposed for 40 minutes at a time with nowhere to hide.

I recall talking to our coach, the late, great Peter Mulholland, about ball security and why I wasn’t holding on to the ball when getting hit by two or three tacklers at the time.

The closest I got to explaining to him my dilemma was by way of an example. “Skull (his nickname)“, I said, “it’s bit like being hit by a car when you come out of Coles carrying your groceries; mostly you don’t give a crap about what happens to your bloody groceries”.

To fully flesh out my rugby league experience I should add that when I ran with the ball I could often hear the other team yelling “kill that Aussie rules ****, kill him”.

That was also a bit disconcerting, I must admit.

But that’s what top level rugby league is like. Seriously, the toughest bloke in Australia cannot stand up to three 100kg maniacs attacking in unison. These league fellas are skilled in inflicting pain and the funny thing is, the game is so vicious that when you get a chance for some payback time, you take it because if you don’t, you get marked as a soft touch and then you’ll be targeted for the rest of the match.

No, league is the toughest game, probably followed by rugby union. Aussie rules is mostly about avoiding contact where possible, which makes a lot of sense in my mind, not seeking it out like the NRL boys do.

What is clomiphene? The infertility drug that put Connor Benn’s fight with Chris Eubank Jr in doubt