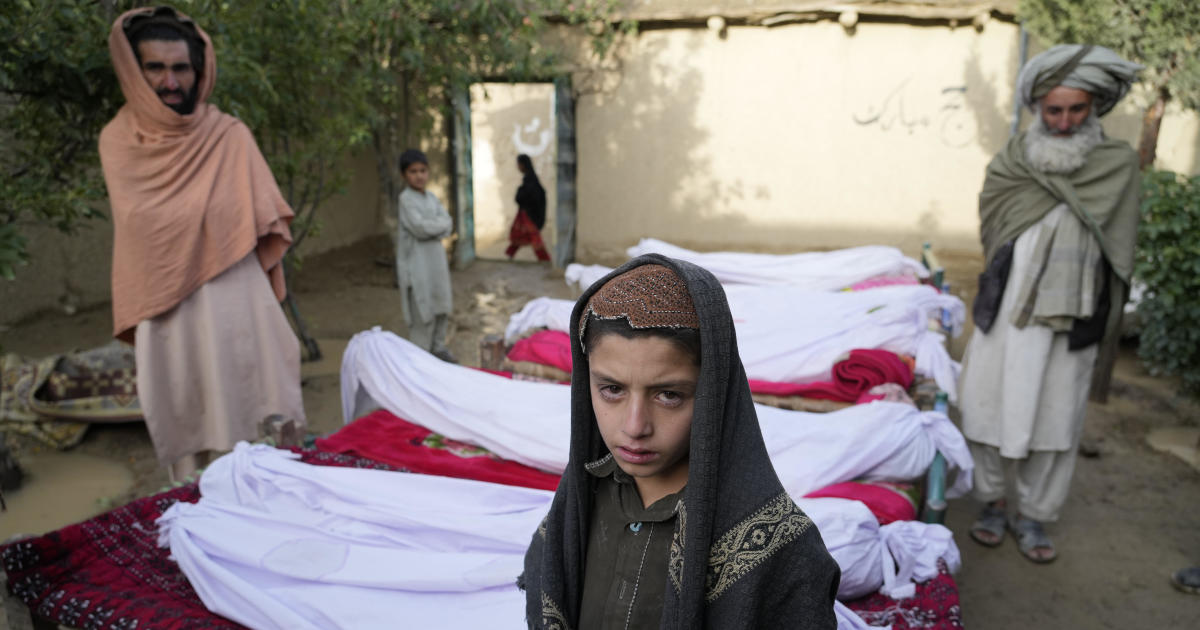 Afghanistan’s Taliban rulers were asking for all the international help they could get on Thursday after the catastrophic earthquake that killed more than 1,000 people in the country’s mountainous east. The Wednesday temblor was the deadliest quake to strike the country in two decades.

As CBS News senior foreign correspondent Charlie D’Agata reports, orderly lines of men have been preparing rows of graves for the victims in Afghanistan‘s Paktika province. The solemn work stood in stark contrast to the frantic efforts of the previous day, when rescuers were forced to dig with their bare hands in a desperate search for survivors.

Poor infrastructure, with few roads into the remote region, meant many of the injured had to be shuttled away by helicopter. At least 1,500 people were injured, many left fighting for their lives.

Witness Shabir said there “was a rumbling and the bed began to shake” when the quake struck at about 1:30 a.m. on Wednesday morning, as people slept in villages across the region. “I’m sure seven or nine people from my family, who were in the same room as me, are dead.”

Speaking to CBS News by phone on Wednesday, 28-year-old Juma Khan, who lives in Paktika’s Gayan district, which saw some of the worst damage, said he was also “jolted awake” at about 1:30 a.m. and quickly realized it was an earthquake.

“I have never felt such an earthquake in my whole life,” he told CBS News. “I jumped from my room and ran to my brother’s room. It had collapsed on them, and I found his wife dead while my brother and his three children were wounded under debris. It took eight hours to get them out from the rubble.”

“In our village, most of the houses collapsed, dozens were killed and dozens more injured from the impact,” Khan said. “People are digging around the debris with their hands to desperately find those still alive. Taliban government helicopters shift some of the critically injured, but the Taliban do not have the resource and equipment to conduct an effective search and rescue mission.”

Decades of conflict, government corruption and now crippling sanctions against the Taliban regime have brought Afghanistan to its knees and left the Islamist government begging the international community for help.

Many aid groups fled the country after the Taliban took back control in August 2021.

“It’s in a country that’s already on the brink,” said Jens Laerke, spokesman for the United Nations office for the coordination of humanitarian affairs (OCHA). He said that even before the quake Afghanistan was mired in “close to a famine-like situation. So, people are really, already hanging on by a thread.”

As the death toll climbs, for the thousands of survivors left homeless by the earthquake and now facing an even more imminent threat of hunger, the suffering is only just beginning.

The most valuable sports teams in the world