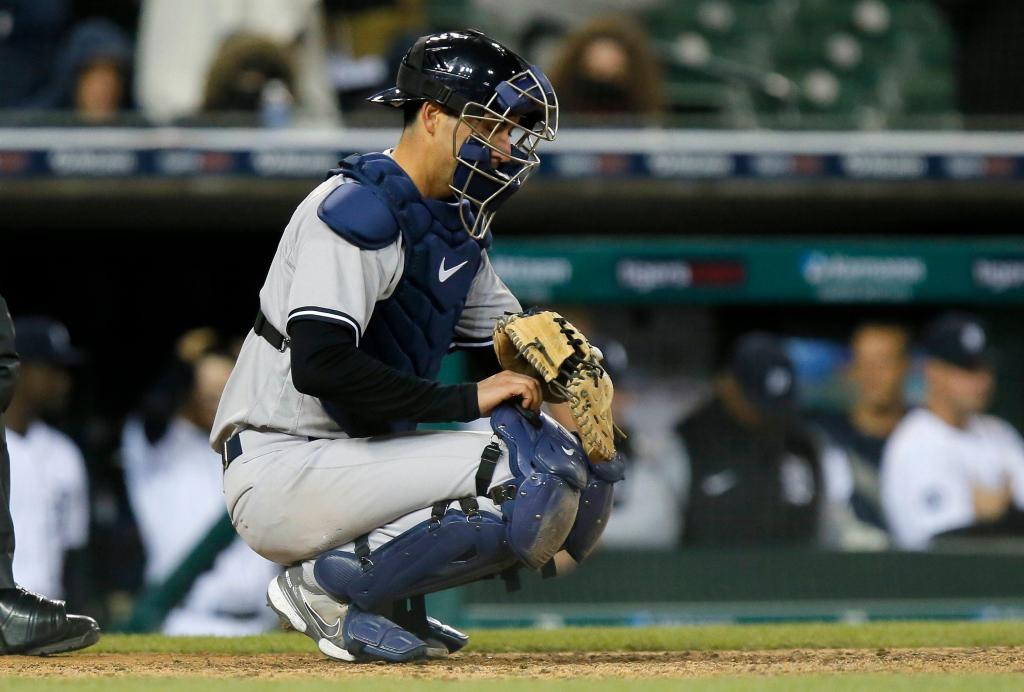 Until the last week of spring training, the Yankees were skeptics. Kyle Higashioka was not convinced that the PitchCom device was versatile enough to handle the repertoire of all his pitchers. Yankees manager Aaron Boone was sure that the audible communications system between pitcher and catcher would have flaws that would leave them vulnerable, ways the system would be exploited against them. In the final week, pitching coach Matt Blake got one pitcher, Deivi Garcia,  to demonstrate it for Boone in a live batting practice.

An hour later, Luis Severino was using it in a spring training game and two months later, Boone was giving PitchCom a shoutout and credit for some of his pitchers’ success.

“I think it’s definitely helped. I think for us it’s been good for our pitching staff too,” Boone said before Sunday’s game. “I think they’ve you know assimilated to it really nice and it’s probably contributed to some of their success.

Part of Boone’s evolution has been how his pitchers have embraced it. Jameson Taillon said that hearing the pitch, sometimes before he even has the ball back in his hand, helps him focus on the pitch ahead. Nestor Cortes, who has five pitches to work through, loves that he doesn’t have to wait for extra signs and can play with the timing.

That is why Michael King thinks PitchCom has helped with some of the Yankees’ pitching success.

“The old adage is ‘work fast and throw strikes,’ so it almost forces us to be faster. We don’t have to wait for the hitter to be in the box,” King said, meaning they don’t have to worry the hitter will peek at the catcher’s sign as he sets. “I have the sign, we can get in a rhythm and so the hitter is kind of on his heels, because it’s on our timing.”

Boone and the Yankees weren’t alone in being skeptical about the idea at first.

It took about a year  for MLB to even listen to the idea and it’s taken some teams over a month to get on board with the system. Not all MLB pitchers are using it, but at least one on all 30 teams are now using it, co-inventor John Haskins said.

The system was developed to combat sign stealing. In fact, Hankins, who grew up in a New Jersey neighborhood where the kids spent their summers arguing about whether the Mets or Yankees were better, came up with the idea the day after the news broke about the Astro’s scheme to illegally steal catchers’ signs and relay them in real time to the hitters.

An electrical engineer, a patent attorney and a mentalist, who leads groups of inventors in exercises to develop creative ideas, Haskins connected with his friend Craig Filicetti to create an encrypted system that would use buttons on a remote keyboard that catchers could put on their arms or knee guards to send an audible message to the pitcher, who wears a speaker in his hat.

But even then, Haskins thought it would help MLB with another issue: pace of play.

“I said that if we could do this, it would do three things. It would improve the integrity of the game, it would speed up the game, and it would improve safety,” Haskins said. “Because you wouldn’t have crossed signs anymore. I’ve seen umpires get concussed by a fastball the catcher got crossed up on. So, even back then I thought about the pace of play.”

PitchCom, used in a limited trial in spring and a test in the minor leagues last year, has evolved. It began just with pitch type and then catchers came back and asked for location. They’ve added a baserunning alert. Remember Nestor Cortes picking off Shohei Ohtani last week? He got the go signal via PitchCom. They are improving the volume and dealing with some bugs. Remember Aroldis Chapman’s troubles with it against the Orioles? Haskins and Filicetti figured out how to adjust for all the brick in the ballpark that was affecting it.

Hankins and Filicetti are working on editions that can use a visual alert and for systems that are more affordable for high school, travel and college baseball teams. And they are working on expanding into softball, which Hankins said now accounts for a third of their inquiries.

As MLB has embraced PitchCom, interest has grown. Part of that comes from the Yankees success with it.

Hankins has followed the Yankees, the team he rooted for as a child, talking about his invention carefully and was thrilled with Boone’s acknowledgement Sunday.

“You can’t argue with the success the Yankees staff  has had,” Hankins said. “Of course (pitching coach) Matt Blake has made a huge difference. The pitchers are healthy and they are talented.. Those are all true. It’s hard to pull out any one factor and say it was PitchCom. That’s crazy to say that, but we’d like to think that we helped a little bit.”