After Kyle Bradish struggles again, Orioles’ rally comes up short as Rays even series with 7-6 win – The Mercury News 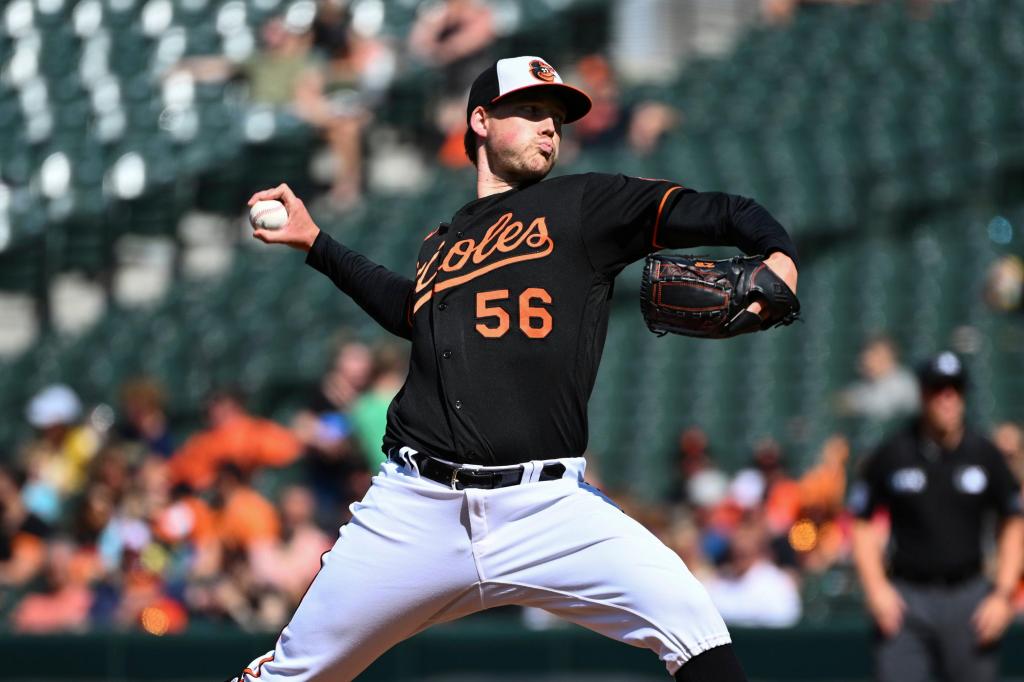 For all of his struggles through 10 major league starts, Orioles rookie Kyle Bradish has learned something about himself in the process.

“That I am capable of pitching in the big leagues,” the 25-year-old right-hander said Saturday gave up six runs in Baltimore’s series-evening 7-6 loss to the Tampa Bay Rays.

The outing marked the sixth time in seven starts in which Bradish failed to complete five innings. Since striking out 11 St. Louis Cardinals and walking none over seven innings in his third major league appearance, Bradish has a 9.20 ERA.

“It’s probably one of the first times it’s happened to me in my career,” Bradish said. “But it’s definitely a learning experience, and I’m learning at the highest point of baseball, so just gotta keep grinding through it.

“I try to think back to my debut and then the St. Louis start. Those were the two good ones that I’ve had in the 10. So now, it’s time to start putting up some results.”

He’ll get the opportunity to do so, it seems. Orioles manager Brandon Hyde said the Orioles haven’t discussed removing Bradish, their No. 8 prospect according to Baseball America, from their rotation. Baltimore (29-38) already has one opening in its rotation after optioning left-hander Bruce Zimmermann, who had a 2.72 ERA in his first seven starts and 9.79 in the next six, to Triple-A Norfolk.

“We do have confidence in him and his stuff,” Hyde said of Bradish. “It’s just about learning to pitch up here, and he’s shown games where he was good. He was really good the first time through the order today. Now, it’s just about being able to repeat it and being able to pitch to both sides of the plate. He’s kind of one side of the plate right now and he needs to be able to pitch to both. … He’s developing up here in the big leagues.

“For me, it’s a young starter still trying to figure things out.”

Bradish opened his start with two scoreless innings, with his batterymate, Robinson Chirinos, staking him to a 2-0 lead with a double. But the Rays’ first four batters of the third recorded hits to tie the game. After recording the inning’s first two outs, Bradish fell behind 3-0 on Harold Ramirez, who struck a two-run double. Ji-Man Choi doubled Tampa Bays’ lead with a home run in the fifth on a changeup Hyde felt Bradish misplaced.

The Orioles rallied from that 6-2 deficit to even the score, with Chirinos driving in two more runs amid the comeback. But a run plated on Ramirez’s sacrifice fly off Dillon Tate in the ninth left the Orioles with a loss. Baltimore has lost five of Bradish’s six starts against American League East teams, with Bradish posting a 9.82 ERA in those outings.

Bradish bemoaned his slider after Saturday’s. Chirinos noted how effective the pitch was against St. Louis, generating nine misses among 20 swings against it. On Saturday, the Rays missed only three of their 10 cuts off Bradish’s slider, with another three left in the middle of the zone and resulting in hits.

“It’s the big leagues, you know; you have to make adjustments, and he’s working hard to do that,” Chirinos said. “Hopefully next time, he can go deep in the game and give this team a chance to win.”

The Orioles saw two balls that would have been home runs in the ballpark’s old dimensions stay in thanks to the venue’s new left field wall.

The first came off the bat of Robinson Chirinos, who instead settled for his second double of the day. The previous one plated two runs in the second, a 104.3 mph drive that marked his hardest-hit ball of the year.

The latter came in the eighth after the Orioles erased their deficit with four runs between the fifth and sixth innings, with Trey Mancini driving a ball to deep left only for it to be caught. It marked the fifth time the new wall has taken a home run from Mancini, who entered Saturday leading all of baseball in the difference between his expected and actual home run total, according to Statcast.

Between them, Chirinos and Mancini have hit eight of the Orioles’ 14 would-be home runs. They had more success keeping the ball on the ground Saturday. After Ryan Mountcastle got a run back with an RBI single in the fifth, Chirinos, in the lineup with Adley Rutschman getting a planned day off, brought home two more with a bases-loaded knock. By stealing second, he became the first Oriole since Boog Powell in 1970 with a steal, two doubles, three hits and four RBIs in one game. He said a pregame adjustment in the batting cage that involved getting his front foot down and keeping his front hip closed allowed for the big game.

An inning later, Mancini hit a groundball to shortstop with two outs but reached on an error. He went to second on Mountcastle’s walk before scoring the tying run on Anthony Santander’s single.

Another two for Akin

After an up-and-down 2021 season, perhaps no Oriole has been more consistent than left-handed reliever Keegan Akin. In his first outing off the restricted list — a requirement for unvaccinated players whose team goes to Toronto — Akin pitched two scoreless innings, his 17th straight relief appearance of at least that length to open the season.

That’s one shy of the major league record, held by Wade LeBlanc and Chuck Crim, both of whom made starts amid those stretches. The only Orioles reliever with more two-inning appearances at this point of a season was eventual Hall of Famer Hoyt Wilhelm in 1961.

Saturday’s outing lowered Akin’s ERA to 2.48 in 40 innings, the most among major league relievers.

“I thought the bullpen did a great job, giving us a chance,” Hyde said. “We just had a tough time scoring there the last few innings.”

International Day for the Elimination of Sexual Violence in Conflict 2022: Theme, History and Significance