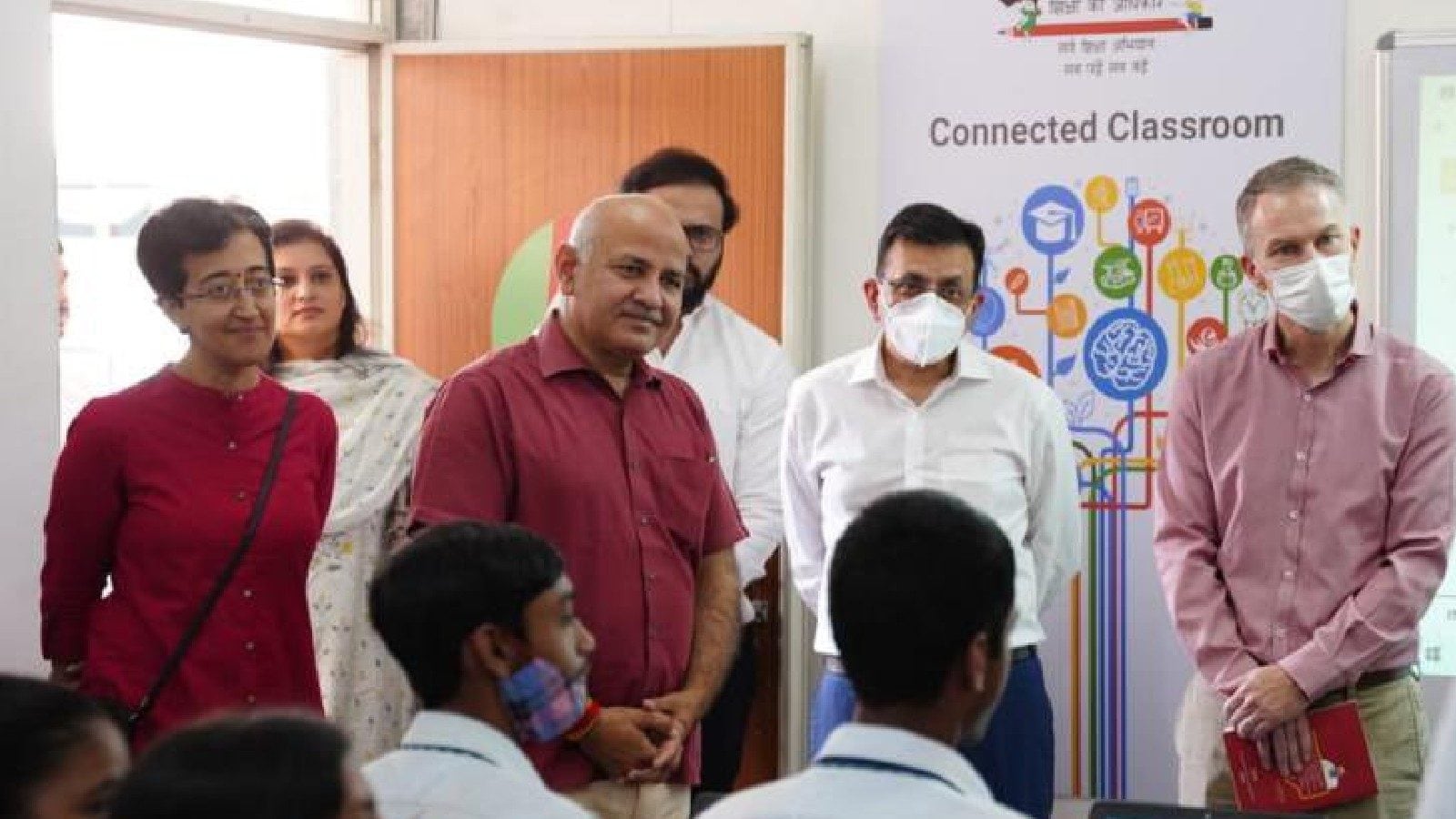 Sisodia asked Gujarat CM Bhupendra Patel to keep “political differences aside” and visit Delhi to understand how the Delhi government has made “not just a few good schools but made every school a good and successful school”.

In his letter, Sisodia asked Gujarat CM, Education Minister and Education Ministry to visit the government schools based in Delhi to get acquainted with the “Kejriwal Model of governance.” Sisodia asked Gujarat CM Bhupendra Patel to keep “political differences aside” and visit Delhi to understand how the Delhi government has made “not just a few good schools but made every school a good and successful school”.

No matter if a student studies in Delhi or in Bhavnagar, is from a high-income family or from a remote rural area, every child deserves a school with basic education facilities, said Sisodia. The AAP minister said that his “new and young” political party has learned a lot from everything and anything good going around in India and across the world and now every school in the national capital has the basic amenities.

Recalling his visit to Gujarat he said looking at the condition of some of the schools run by the state, he was both sad and surprised. Sisodia had Tweeted pictures of schools in Gujarat where students were sitting on the floor. Explaining his stance, Sisodia said, “I am not saying that every school in Gujarat has such a bad condition. I am sure in the past 27 years of BJP rule in Gujarat, you have had some schools which you and the people of Gujarat will be proud of. But the question is not to make only some model schools… Because for those whose kids are studying in schools with bad conditions are still in kabadkhana (junkyard). There should be some limited norms for a school, some basic amenities.”

Notably, elections are approaching in Gujarat and Aam Aadmi Party (AAP) national convener Arvind Kejriwal on Monday announced that the party will contest 2022 Gujarat assembly elections on all 182 seats.

Democrats Are Racing Against The Clock To Finish Their Trump…