Akshara and Abhimanyu Romance In Rain and Their Dreamy Pics Are Winning Hearts; Check Here 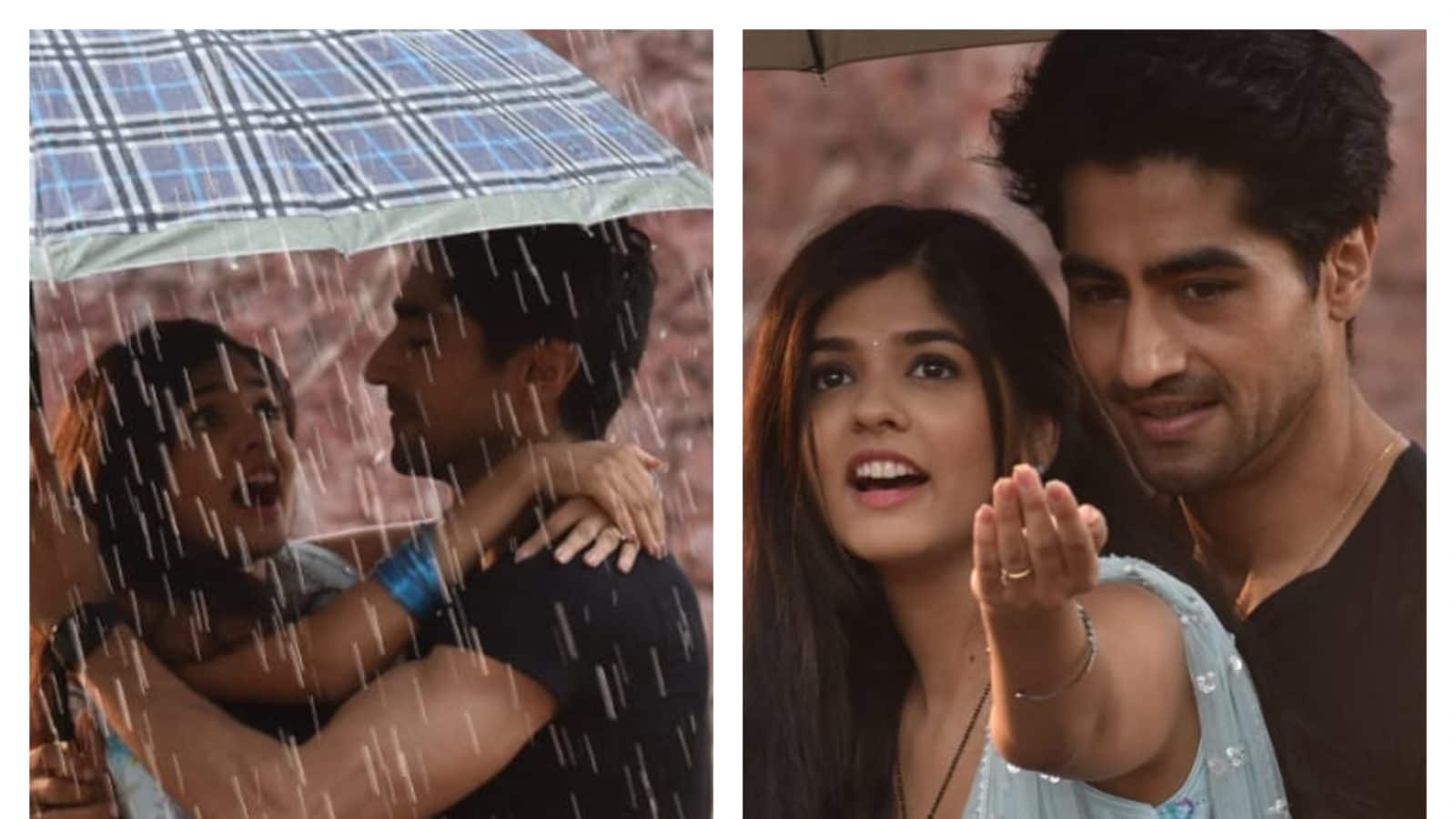 Who doesn’t love Pranali Rathod and Harshad Chopda! The two actors play the role of Akshara and Abhimanyu respectively in the popular show Yeh Rishta Kya Kehlata Hai. They enjoy a massive fan following and their on-screen chemistry is widely loved by the audience. In the recent episode of the show, Akshara and Abhimanyu were seen sharing some romantic moments as they enjoyed the monsoon.

In the pictures that are now going viral on social media from the sets of Yeh Rishta Kya Kehlata Hai, Akshara and Abhimanyu can be seen flaunting their million-dollar smiles as they romance under an umbrella. In one of the clicks, Abhimanyu can be seen hugging Akshara from behind. In another picture, Akshara puts her arms around her husband’s neck.

The pictures have left AbhiRa fans completely impressed. Social media is flooded with fans showering love on their favourite on-screen couple. “Everything aside but Harshad and Pranali’s chemistry looks insane,” one of the fans wrote. Another social media user tweeted, “Currently sobbing over how cute they’re looking in the bts (sic).”

Recently, the reports of Pranali Rathod and Harshad Chopda dating each other also made headlines. It all started after a report claimed that ‘something is surely cooking up’ between the two actors. However, Pranali then addressed the same during an Instagram live session and mentioned that they are just good friends. She also requested fans not to give a different name to their friendship. “He is a very very good friend of mine. Let me clear, Harshad and I are not dating. We are good friends, just like best friends,” she said. “Hamari dosti ko aise alag naam na diya jaaye,” the actress had said.

Monster Hunter: World is $2.23 in the Capcom Humble Bundle