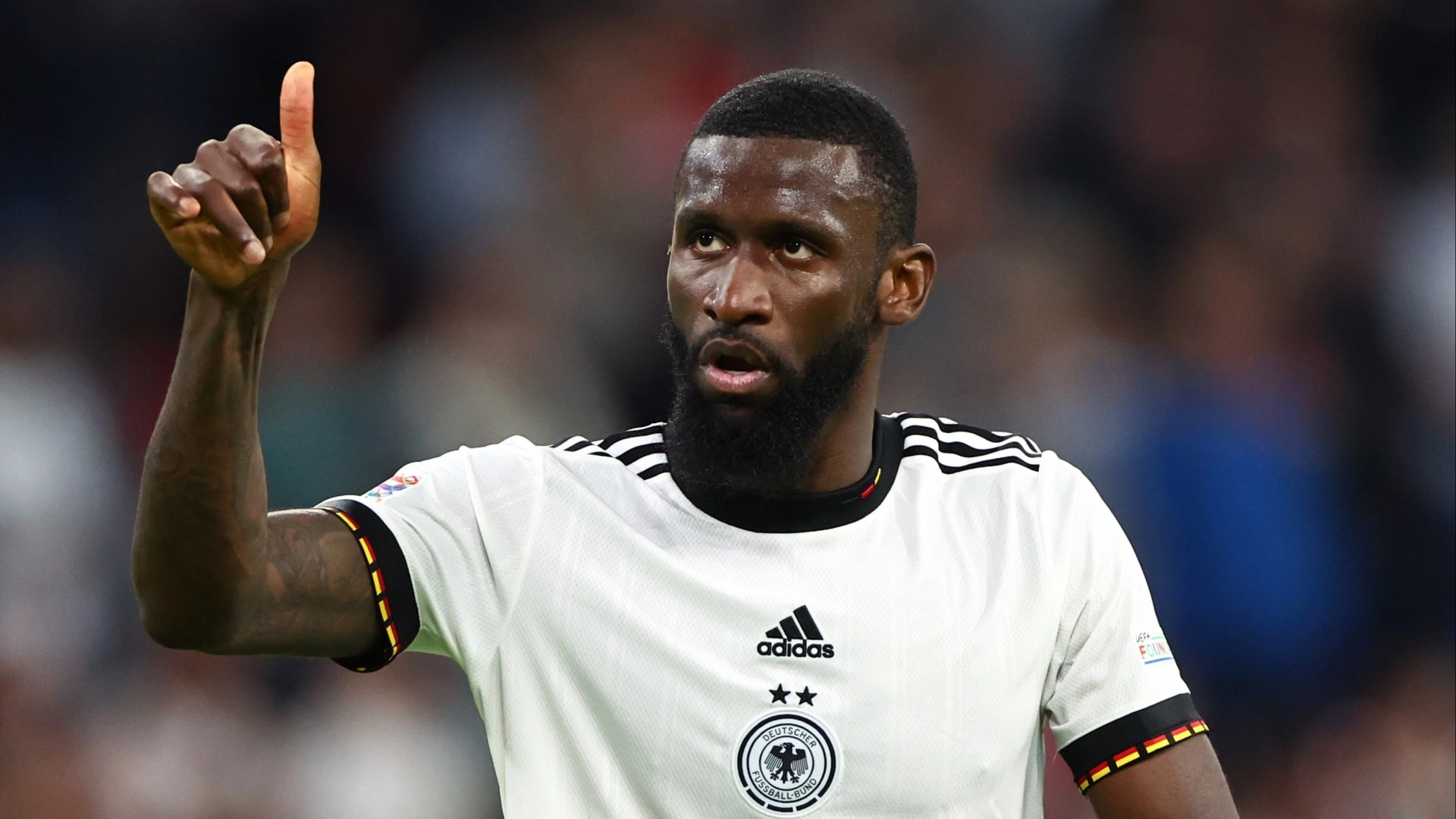 Rudiger, one of world football’s most fearsome defenders, witnessed English talent flourish at close hand during his five years at Chelsea — a period when the Three Lions were transformed into a major force in the game again.

And Rudiger, who has now joined European champions Real Madrid, was impressed by the quality and depth of boss Gareth Southgate’s squad during Tuesday’s 1-1 Nations League draw in Munich.

For decades, the Germans always seemed to have England’s number at major tournaments.

But Rudiger experienced a turning of the tide last summer, when he played in Germany’s 2-0 defeat to Southgate’s men in the last 16 of the Euros — which was England’s first knockout win over their bitter rivals since the 1966 World Cup.

And centre-back Rudiger, 29, said: “Maybe we always used to beat you — but the last time you beat us, of course I can remember that.

“This England squad has great quality. It’s like Bukayo Saka comes out, Jack Grealish comes in. I saw that a lot of big, big names were on the England bench.

“England have a lot to be optimistic about for the future.

“I think you people don’t need to worry too much.

“You have to think about it like this — players like Marcus Rashford and Jadon Sancho didn’t even make the squad.

“That tells you that you have a lot of depth.

“And then you also have some big, big players like Harry Kane, Raheem Sterling and Grealish.

“All these big names and big players.”

Rudiger also now believes England can hurt teams with their substitutes during the World Cup in Qatar, which will kick off on November 21.

The former Roma ace saw Manchester City’s £100million wide boy Grealish change the direction of the game as a sub in Munich on Tuesday, leading to Kane’s late equaliser from the penalty spot.

Rudiger said: “The English subs can be very dangerous.

“I think Grealish had a real impact against us. He came on and he was good in one-v-one situations.

“He is very dangerous — and those sorts of players are going to win you games.

“I think before Grealish came on, we were the more dominant team, although there were changes for both sides and our keeper Manuel Neuer made a big save before the penalty.”

Rudiger’s spell in English football has come to an end after he left Chelsea, the side he won the Champions League with last year, for Real, the current champions of Europe.

When asked what he will miss the most about English football, he replied: “The toughness.”

And he did not so much mean the physicality, which of course Rudiger always relished, but the competitiveness of every Premier League fixture.

He said: “It’s just that in every single game you cannot underestimate the team you play against — and that is what I will miss the most.”

Hearings begin into US Capitol riots

Men are wearing women’s labels – but with one change