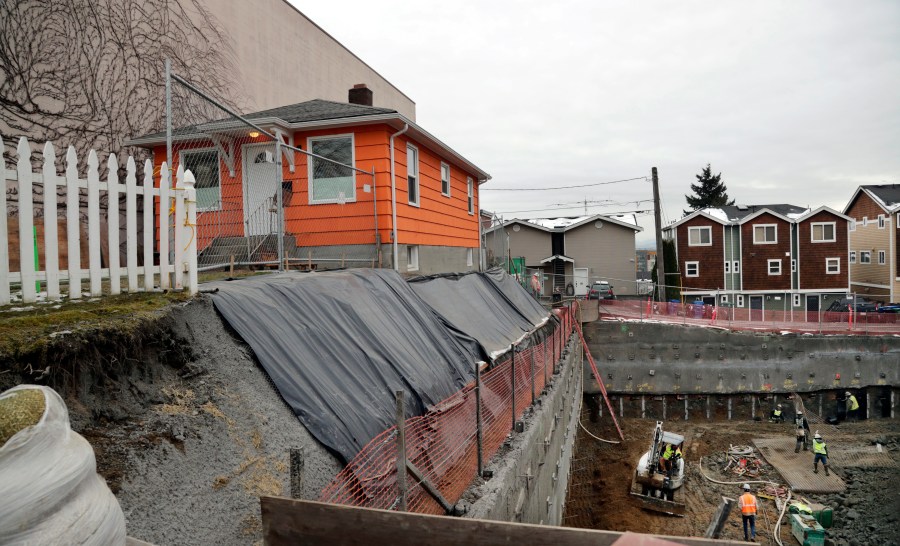 SEATTLE (AP) — Amazon said Thursday it is providing $23 million to help minority-led organizations build or preserve more than 500 new affordable housing units in Seattle — the latest spending by a tech company to ease a severe housing crunch the industry has helped create.

The commitment comes from Amazon’s Housing Equity Fund, a $2 billion initiative launched in January 2021. The fund has so far invested more than $1.2 billion to create or preserve over 8,000 affordable homes across three regions where the company has offices: the Puget Sound in Washington state; Arlington, Virginia; and Nashville, Tennessee.

“When our city’s businesses and private partners step up, like Amazon is doing through this significant investment, we can accelerate progress addressing difficult challenges like housing affordability,” Seattle Mayor Bruce Harrell said in a news release announcing the investment.

The high salaries tech companies pay have helped drive up housing costs in the cities where they operate, pricing many people, including teachers, nurses, firefighters and restaurant employees, out of the communities where they work.

The industry was long criticized for failing to address that, but in recent years tech giants have taken big steps. In 2019, Apple committed $2.5 billion toward affordable housing in the San Francisco Bay Area; Google devoted $1 billion; Microsoft said it would provide $750 million in housing grants and investments in the Puget Sound region; and Facebook, now Meta, said it would spend $1 billion to help address the housing crisis in California by creating up to 20,000 new affordable housing units.

The Amazon Housing Equity Fund offers grants and low-rate loans to housing providers that create or preserve affordable homes, with an emphasis on supporting households earning 30% to 80% of an area’s median income.

The new investments are the fund’s first in Seattle proper, though it previously has put money toward housing elsewhere in the region, including near transit stations in SeaTac and Bellevue.

Catherine Buell, the fund’s director, noted the housing crisis is disproportionately affecting people of color. That was one reason it was important to work with nonprofit organizations and real estate organizations led by Black, Asian and Hispanic partners.

Amazon is working with three organizations — the Mount Baker Housing Authority, El Centro de la Raza and Gardner Global — on four housing projects, totaling 568 units in south Seattle neighborhoods that feature large populations of people of color and which have rapidly gentrified or are at risk of it.

Three of the four projects involved will be affordable for those making up to 60% of the area median income — that’s $54,350 for a single person or $77,650 for a family of four, according to the Seattle Office of Housing. The fourth, a new apartment building by Black-owned Gardner Global with 122 units, mostly studio and one-bedroom, will serve those who earn up to 80% of the area median income, or $66,750 for a single person.

In the news release announcing the investments, David Tan, executive director of the Mount Baker Housing Authority, called the funding a “game-changer.”

“The Fund is a source of affordable, patient capital that gives developers much-needed flexibility in financing our projects,” Tan said.

Is it ever OK to turn down a wedding invitation due to money?