Amber Heard suggests she will appeal Johnny Depp ruling, no settlement in court 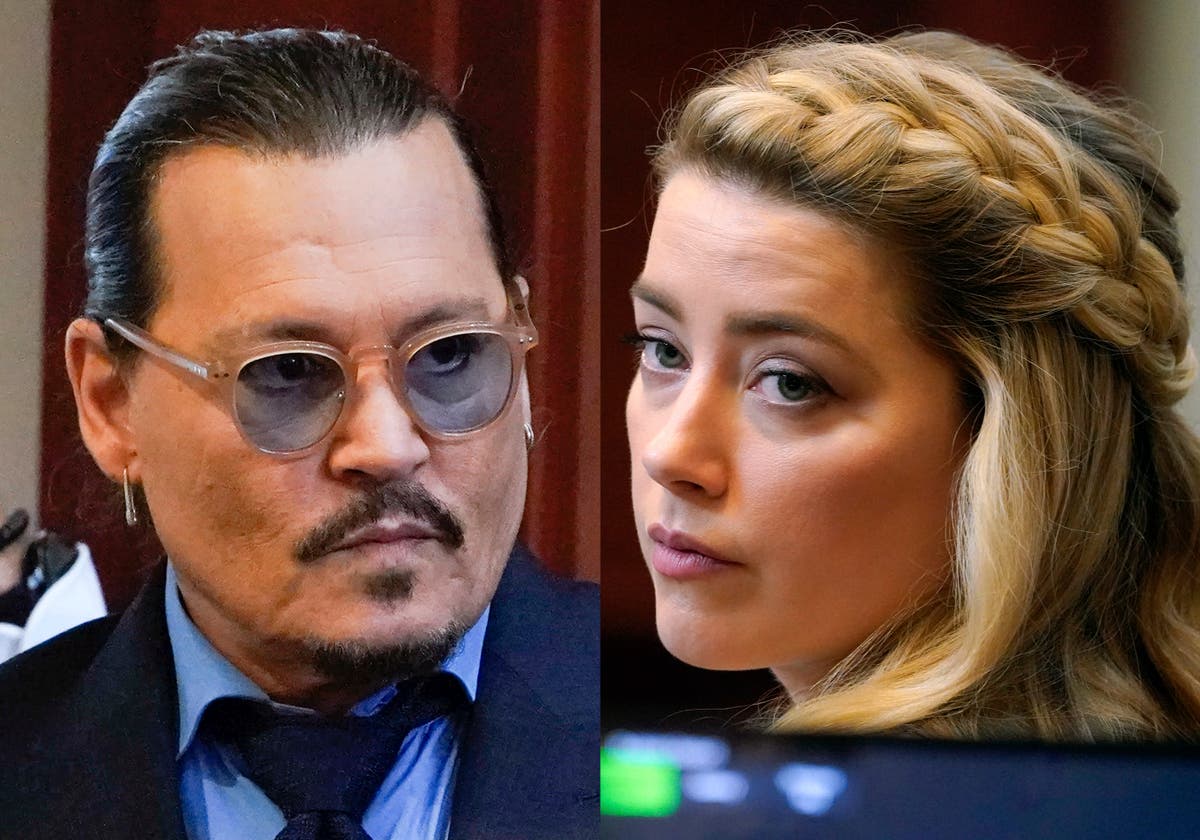 Amber Heard has suggested she intends to file an appeal in the wake of Johnny Depp’s victory in the defamation trial between the former married couple.

Judge Penney Azcarate entered a judgement on Friday echoing the verdict that was handed down on 1 June, Law & Crime Angenette Levy reported.

The legal teams of the actors met in court on Friday, but it remains unclear if they discussed a settlement. Judge Azcarate had given the two parties until Friday to reach a settlement if they wanted to do so.

Ms Levy reported via Twitter that the judge was “no-nonsense as usual” and that Mr Depp’s legal team didn’t request an injunction, as expected.

The judgment order said that “the jury verdict of $5m in punitive damages in favor of Mr Depp is hereby reduced to $350,000, the statutory cap … with respect to the complaint, judgment is hereby entered in favor of Mr Depp against Ms Heard in the amount of $10,350,000, with interest at the statutory rate of six per cent from the date of this order”.

“With respect to the counterclaim, judgment is hereby entered in favor of Ms Heard against Mr Depp in the amount of $2m, with interest at the statutory rate of six per cent from the date of this order,” the judgment order concluded.

In a statement to The Independent, a spokesperson for Ms Heard said: “As stated in yesterday’s congressional hearings, you don’t ask for a pardon if you are innocent. And, you don’t decline to appeal if you know you are right.”

Attorney Lisa Bloom believes we have not seen the end of the trial, and that the case will be decided on appeal.

“I want to emphasize that this is not the end, because most defamation cases are really decided on appeal,” Ms Bloom told Newsnight, adding that she sees “a lot of issues on appeal” in the Depp v Heard case.

She also called the verdict “inconsistent” as the jury found that both Mr Depp and Ms Heard were defamed.

Specifically, the jury found that Mr Depp was defamed in Ms Heard’s op-ed in which she describes herself as “a public figure representing domestic abuse.” They also found that Ms Heard was defamed in a statement by Adam Waldman (a former lawer for Mr Depp) calling some of Ms Heard’s claims “a hoax”.

“How can it be that Amber Heard was defamed when Johnny Depp’s lawyer said that her allegations were a hoax, and yet Johnny Depp was also defamed when she said she was representative of domestic violence?” Ms Bloom asked. “I think that’s inconsistent, and you can’t have an inconsistent verdict.”

Ms Bloom went on to point out that one of the three statements found by the jury to be defamatory is the article’s headline, which Ms Heard “did not write”. “She retweeted it, but she didn’t write it,” Ms Bloom added. “I retweet articles all the time. Am I responsible if there’s a false statement within that article? Generally, we think people are not responsible for that.”

Ms Bloom said she believes that “in a year or two” the case will receive a “more definitive answer”.

Ms Heard’s attorney told the Today show that Ms Heard “absolutely” intends to appeal the verdict, arguing that “a number of things were allowed in this court that should not have been allowed”.

Glastonbury: BBC on why Paul McCartney’s set was shown an hour late