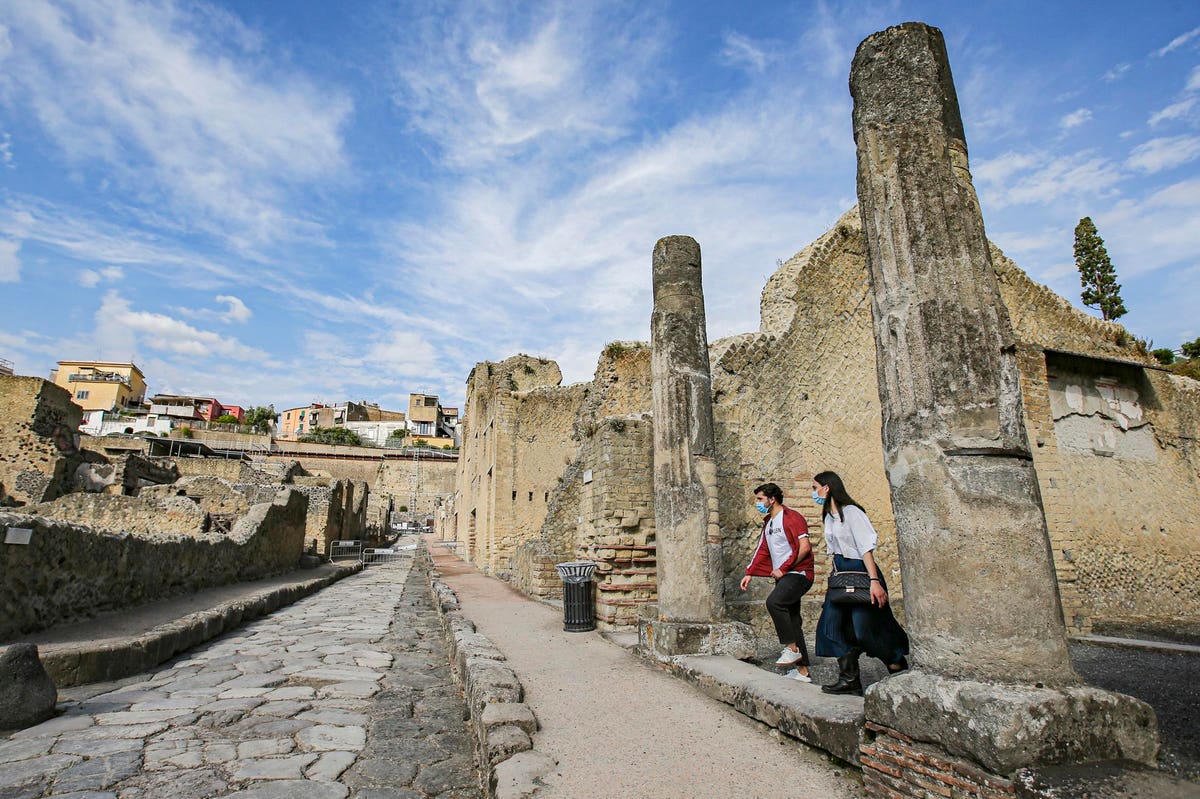 Buried beneath ash during the eruption of Mount Vesuvius in 79 AD, the ancient city of Pompeii is now facing an equally potent enemy. Climate change, which this year was responsible for violent storms and extreme temperature variations in Italy, is now threatening to damage the fragile ruins in the historic site. The Archeological Park of Pompeii has decided to trial modern technologies to help monitor and guard against possible damage from climate change.

The southern Italian region of Campania, home to the archeological site of Pompeii, experienced several extreme weather events this year. Although no significant damage was caused to the ancient city, scientists have warned that some of these are likely to have adverse effects on the ruins in the near future. For example, the frequent transition between drought and heavy rain “increases the physiological stress to which the ancient structures are exposed.” Gusts of strong winds and storms also lead to rapid deterioration of the ancient buildings. In a statement, the Archeological Park added that the ruins are particularly vulnerable “due to the long history of the excavations and the unique conformation of the archeological heritage.”

To help combat the potential damage from climate change, the Archeological Park is working in conjunction with the Department of Civil Engineering at the University of Salerno to trial advanced technology at the site. Together, they hope to develop ways of screening and monitoring the site for signs of instability, deterioration and fragility that can “cause critical situations or reduce structural safety.”

The methodologies will include installing sensors, and infrared and satellite technology throughout the archeological site to form a sophisticated monitoring system. This monitoring project continues on from over a decade of emergency maintenance and restoration launched under the direction of former site director Massimo Osanna. After serious deterioration and collapses occurred in 2010 and 2011, the European Commission initiated the €105 million Great Pompeii Project. This scheme saw a permanent team of 55 professionals working on the site, including restorers, specialist workers, archaeologists and architects, in a bid to secure the ruins completed at the end of 2020.

The Great Pompeii Project also established an information system where archeological records and data from site monitoring and maintenance could be collated in one place. The new monitoring system, launched under current site director Gabriel Zuchtriegel, will add information gathered by drones and sensors to provide a more detailed picture of the state of the archeological site. The team at the University of Salerno, headed by Professor Luigi Petti, also intends to include data from satellites in the future.

“Clearly defining the entire process, from monitoring until the intervention, as well as optimising the planning of stabilisation and restoration interventions,” said Zuchtriegel, “will allow us to better quantify the increase in human and financial resources which we will need to mobilise in the years ahead to address the impact of climate change on cultural heritage.“

Zuchtriegel added that it was vital to anticipate emergencies that could occur in the near future. “Today we already have worrying data regarding the effects of climate change on heritage,” he said. “We must not close our eyes to it but work hard so that the climate crisis does not also become a crisis of cultural heritage.”

How To Travel To Greenland

The Best Gifts For Cruisers