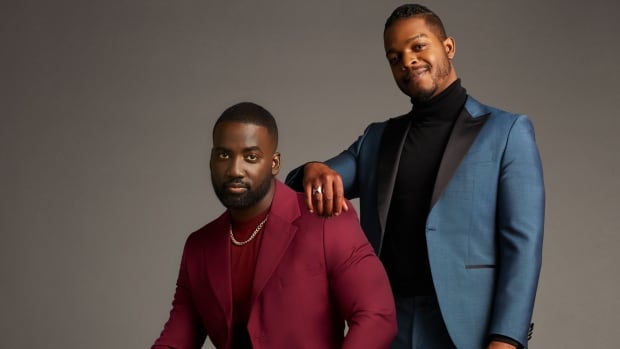 The new awards show, founded by brothers Shamier Anderson and Stephan James through their organization The Black Academy, is intended to honour Black Canadian talent, and will give out its first round of awards this weekend.

Track sprinter De Grasse is a six-time Olympic medallist, and took home three medals — a bronze, silver and gold — at the games in 2022. He was the first Canadian ever to do so. In winning that gold, he also became the first Canadian in 93 years to win the men’s 200 metre since Canadian track star Percy Williams’s performance in 1928.

De Grasse will receive athlete of the year for “his accomplishment in sport in Canada … and his contribution to the Black Canadian identity,” noted a news release.

Kayla Grey, a TV host and co-executive producer of SportCentre’s The Shift with Kayla Grey, will receive the Jahmil French Award. That trophy, named after the late-Canadian actor most famous for his role on Degrassi: The Next Generation, is awarded to a “rising star” in the Canadian media world.

The first-ever Canadian awards show dedicated to Black talent will air on CBC in 2022. The production by the Black Academy will honour Black achievement in film, television, music, sports and culture next fall.

Grey, who became the first Black woman to host a flagship sports highlight show when she assumed her current role in 2018, was chosen for “her unmistakable talent and activism.”

And actor, filmmaker and film-festival founder Fabienne Colas will receive The Visionnaire Award. Born in Port-au-Prince, Haiti, Colas has since become the manager of seven independent film festivals in Canada and the United States through her Fabienne Colas Foundation.

“The inaugural Legacy Awards will see the culmination of a big dream Stephan and I had years ago,” said Shamier Anderson in a news release.

“For us, this is not just a moment; The Black Academy is working year-round to honour and empower Black Canadians and to ensure younger generations are inspired by all the incredible Black talent this country has to offer.”

Cyberpunk 2077: Edgerunners shows you how a great anime tie-in should be done

Flights from Russia skyrocket to £8,000 with thousands fleeing Moscow