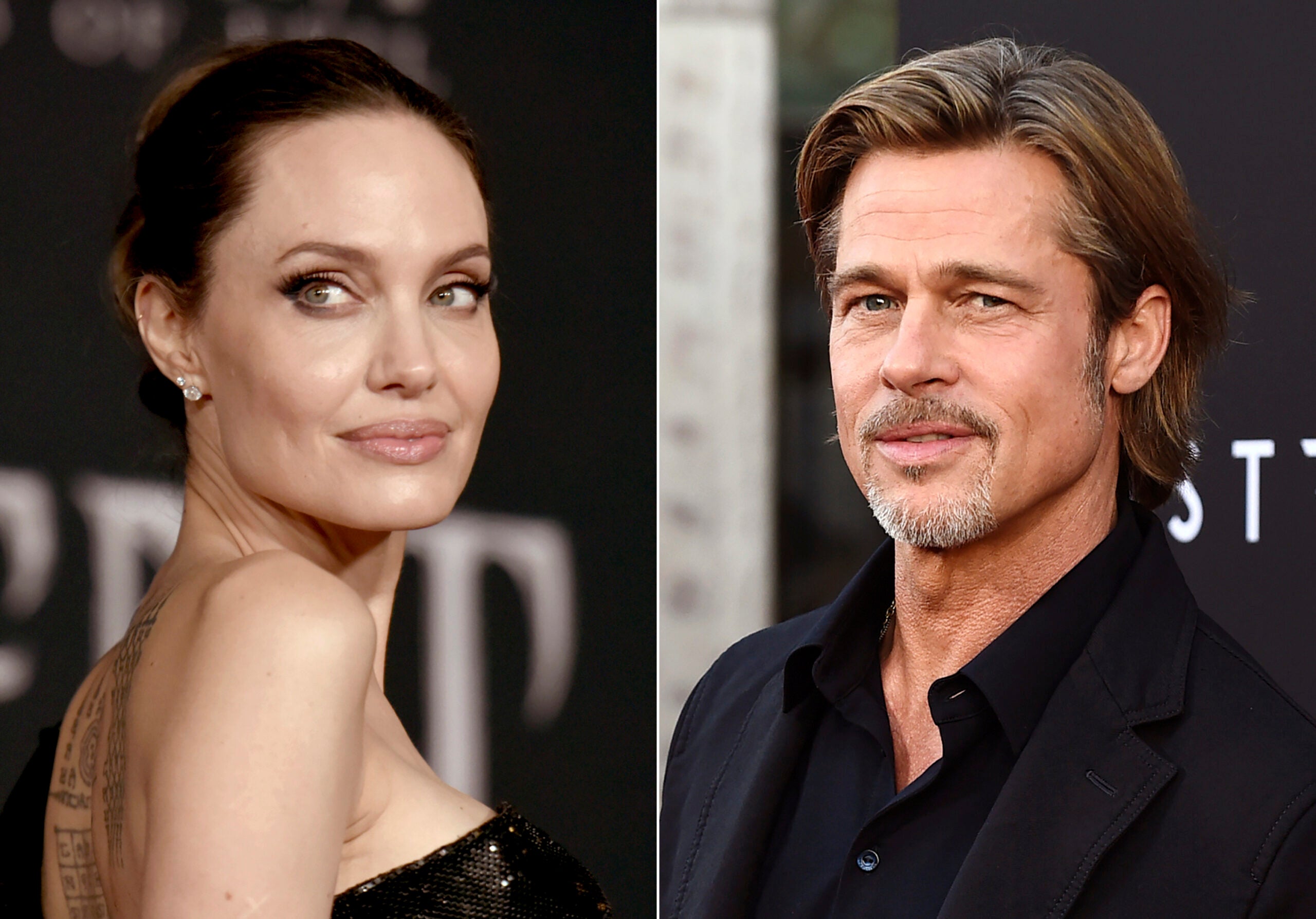 Angelina Jolie filed a cross complaint against her ex-husband Brad Pitt on Tuesday, disclosing new details about what she described in court papers as abusive behavior by him on a private plane in 2016 that led to the dissolution of their marriage.

In a court filing in Los Angeles, filed as part of a legal battle over a winery the prominent Hollywood actors once owned together, lawyers for Ms. Jolie stated that negotiations to sell her share of the business to Mr. Pitt had broken down over his demand that she sign “a nondisclosure agreement that would have contractually prohibited her from speaking outside of court about Pitt’s physical and emotional abuse of her and their children.”

Her filing goes on to describe an extended physical and verbal outburst in September 2016 as Mr. Pitt, Ms. Jolie and their six children flew from France to California. “Pitt choked one of the children and struck another in the face” and “grabbed Jolie by the head and shook her,” the filing states, adding that at one point “he poured beer on Jolie; at another, he poured beer and red wine on the children.” Federal authorities, who have jurisdiction over flights, investigated the incident but declined to bring criminal charges. Days after the plane trip, Ms. Jolie filed for divorce.

Ms. Kiley also said that during divorce settlement negotiations this year — which were separate from the negotiations over the winery — a lawyer for Ms. Jolie had sent Mr. Pitt’s lawyers a proposal to try to settle the case, and that one of the preliminary proposals had been a stipulation that neither party could make a derogatory comment about the other in public, except in court. Ms. Kiley said Mr. Pitt’s side agreed to discuss the term, but when Ms. Jolie’s side responded, she did not bring up the nondisparagement proposal again.

The decoupling of Ms. Jolie and Mr. Pitt has stretched on for years, drawn out by a court battle for custody of their children and, more recently, a lawsuit instigated by Mr. Pitt over the French winery, Château Miraval, that the couple bought more than a decade ago. Mr. Pitt’s lawsuit, filed this year, accused his ex-wife of violating his “contractual rights” when she sold her half of the company to a subsidiary of Stoli Group without his approval.

Ms. Jolie’s cross complaint said she only sold her stake elsewhere after talks broke down over his demand for a nondisclosure agreement. Her filing states that the F.B.I. agent who investigated allegations that Mr. Pitt physically assaulted Ms. Jolie and their children on the plane in 2016 had “concluded that the government had probable cause to charge Pitt with a federal crime for his conduct that day.”

A redacted F.B.I. report on the case, which was reported on by several news outlets in August and later obtained by The New York Times, states that the agent provided the United States Attorney’s Office “copies of a probable cause statement related to this incident.”

“After reviewing the document, representative of the United States Attorney’s Office discussed the merits of this investigation with the case agent,” the report said. “It was agreed by all parties that criminal charges in this case would not be pursued due to several factors.”

The F.B.I. report described Ms. Jolie as “conflicted on whether or not to be supportive of charges” related to the case.

Representatives from the F.B.I. and the U.S. Attorney’s Office in Los Angeles declined to comment.

“She has gone to great lengths to try to shield their children from reliving the pain Pitt inflicted on the family that day,” Ms. Jolie’s lawyers wrote in the cross complaint. “But when Pitt filed this lawsuit seeking to reassert control over Jolie’s financial life and compel her to rejoin her ex-husband as a frozen-out business partner, Pitt forced Jolie to publicly defend herself on these issues for the first time.”

According to Ms. Jolie’s account of the 2016 flight in the court papers, the dispute began when Mr. Pitt accused Ms. Jolie of being “too deferential” to their children and then began yelling at her in the bathroom. “Pitt grabbed Jolie by the head and shook her, and then grabbed her shoulders and shook her again before pushing her into the bathroom wall,” the filing states. “Pitt then punched the ceiling of the plane numerous times, prompting Jolie to leave the bathroom.”

The 2016 flight has been the subject of news media reports since shortly after it occurred. In November of that year, the F.B.I. released a statement saying that it had closed its investigation into the flight and that no charges had been filed.

Puck News reported this August that Ms. Jolie had been seeking information about the F.B.I.’s case as an anonymous plaintiff in a Freedom of Information Act lawsuit, with the publication including details of the report.

It is unclear whether the heavily redacted F.B.I. report included allegations that Mr. Pitt had choked or struck any of the children.

Ms. Jolie and Mr. Pitt met each other on the set of “Mr. & Mrs. Smith,” a 2005 action movie in which they played married assassins. In 2008, they purchased a controlling interest in Château Miraval, viewing it as both a family home and business; several years later, the couple was married on the property.

The French winery, known for its rosé, is at the center of a legal dispute between the divorced couple.

In February, Mr. Pitt sued Ms. Jolie and her former company, alleging that she violated his “contractual expectations” when she sold her interest in the wine company to Tenute del Mondo, a subsidiary of Stoli Group. According to his lawsuit, the former couple had an understanding that neither party would sell its share of the winery without the consent of the other.

“Jolie pursued and then consummated the purported sale in secret, purposely keeping Pitt in the dark, and knowingly violating Pitt’s contractual rights,” his lawsuit alleged.

Last month, Ms. Jolie’s former company, which is now owned by Stoli Group, countersued Mr. Pitt, rebutting his version of events and his claim that the sale constituted a “hostile takeover.”

In Ms. Jolie’s own countersuit, filed in Los Angeles Superior Court on Tuesday, she said that she opted to sell her share of the wine business, in part, because she was growing uncomfortable with participating in an alcohol-related business, considering Mr. Pitt’s “acknowledged problem of alcohol abuse.” Mr. Pitt told The Times in 2019 that after Ms. Jolie filed for divorce, he spent time in Alcoholics Anonymous and was committed to sobriety.

Her filing said there was no written or verbal understanding like the one Mr. Pitt described, claiming that Mr. Pitt had, in fact, rejected the idea that there needed to be a plan in case the relationship ended.

In their lawsuits, Mr. Pitt and Ms. Jolie shared divergent accounts of how negotiations around him buying her portion of the wine company fell apart.

Mr. Pitt’s lawsuit asserted that Ms. Jolie pulled out of the tentative deal last year after a judge overseeing the custody dispute issued a ruling against her, prompting her to turn to Stoli Group.

Ms. Jolie’s countersuit claimed, however, that Mr. Pitt had been the one to pull out of the deal after she declined to agree to his nondisparagement clause, forcing her to turn to another buyer.

Taraji P. Henson On The Importance Of Space Exploration And Her NASA Experience With…