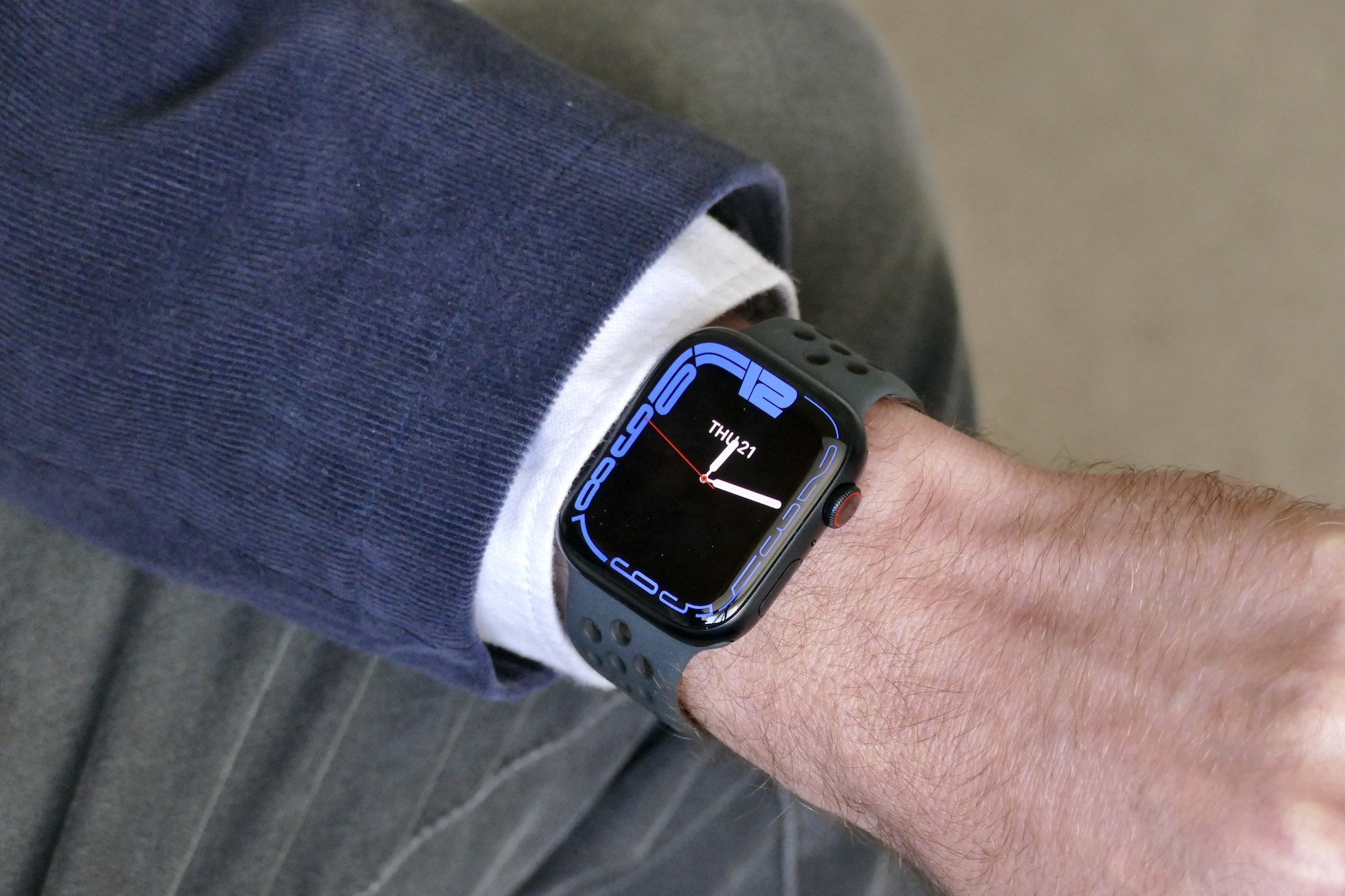 Apple is apparently dreaming about making a smartwatch that comes armed with a camera sensor. Titled “Watch having a camera,” a patent application filed before the United States Patent and Trademark Office (USPTO) describes multiple methods of putting a camera on a future Apple Watch.

One of the design schematics in Apple’s patent shows a camera embedded in the digital crown, which makes a lot of sense from a functional as well as engineering perspective. This position not only allows the camera sensor to easily capture a scene when the watch is strapped to the wrist, but also keeps it from standing out like an eyesore if it is placed elsewhere on the housing, especially on the top face.

However, the patent envisions multiple ways in which a camera can be put on an Apple Watch. One of the proposed implementations talks about a detachable housing that includes the camera hardware. Such an external camera system can stick to the rear panel using a form-fitting module, which also means it could be attached or detached at will.

Another example shows an expanding strap system with a clasp for attaching a camera module. Apple’s patent document is more inclined toward using a removable camera module, instead of putting it in the main body, which can prove to be an engineering challenge given the constrained space inside a smartwatch. The patent also outlines a scenario where the smartwatch’s main screen is used as a viewfinder, while the detachable camera module is used to take pictures.

Do keep in mind this is just a patent application we’re talking about here, and that means the chances of such a product actually making it to the market are unknown. However, Apple’s patent application does provide a glimpse into what the future holds for smartwatches.

Is this the future?

One might argue that putting a camera on a smartwatch doesn’t really make a lot of sense. But there are scenarios where a camera, even without a ton of pixels and tricks behind it, can prove to be useful.

Take for example fall detection, which is already available on Apple’s smartwatches. Putting a camera on the Apple Watch could provide critical visual information, which can be used in tandem with readings provided by other sensors such as the gyroscope and accelerometer, to further improve the accuracy. It can also prove to be a valuable asset for Apple’s rumored crash detection feature.

In a conversation with DigitalTrends’ Andy Boxall, Qualcomm’s Director of Product Marketing for Wearables, Ally Choi, also provided some valuable insights regarding the usage of cameras on wrist-worn wearables, and how we should focus more on use cases than the technology itself.

“When we talk about the camera providing more security for seniors, it starts to make sense. It’s all about coming up with new use cases that make sense, and once it’s more seamlessly integrated into a device, and it works well, then that’s when wider adoption will emerge.” Choi told Digital Trends.

Irrespective of how useful cameras can prove to be for future smartwatches, there’s always a tangible privacy risk associated with them. Imagine someone covertly recording you without your consent with the camera fitted inside a smartwatch’s crown or side button? Yeah, it sounds horrendous, and there’s already some precedent for it out there.

The Ray-Ban Stories smart glasses from Facebook, which come armed with a camera for taking pictures and videos, have already courted controversy because of their potential to intrude on someone’s privacy. Ireland’s Data Protection Commission (DPC) has asked Facebook to ensure that the onboard LEDs are bright and conspicuous enough so that the person in the camera’s view can know that they are being recorded. Garante, the privacy watchdog in Italy, has flagged similar privacy concerns about Facebook’s sleek-looking smart glasses.

But Apple is not the only filthy-rich company envisioning a smartwatch armed with a camera. Facebook is reportedly working on a smartwatch as well, and if a leaked render is anything to go by, the camera will sit in a small notch right on the front face of the wearable. But that’s not all, as Facebook has reportedly chalked out plans for multiple iterations of a smartwatch to complement its ecosystem of wearables that include AR glasses and high-end AR/VR headsets.