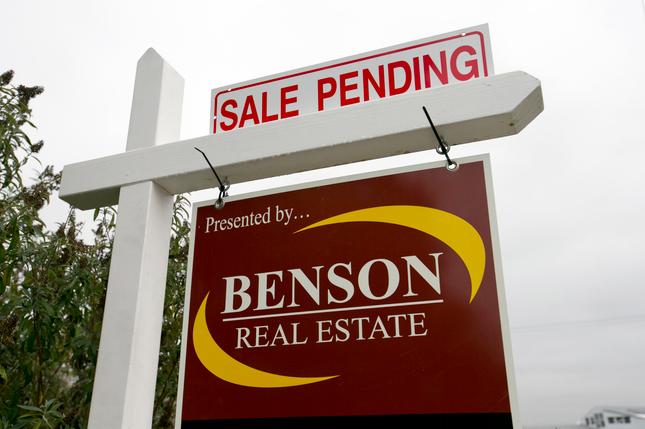 Bay Area home buyers faced with skyrocketing real estate prices and mortgage costs that have more than doubled over the last year appear to be hitting their limit, pushing more home sellers to do what has become almost unthinkable in the region’s white-hot market: cut prices.

“A lot of buyers are being priced out,” said Nicole Bachaud, a market analyst for Zillow. “Demand is definitely pulling back.”

Average U.S. mortgage rates hit 5.78% last week. With the typical home in the San Jose area valued at $1.7 million in May, the average monthly payment on a new mortgage reached a whopping $9,136 per month — nearly 60% higher than May of last year and more than 5% higher than April of this year, according to Zillow. Typical home values have risen more than 22% in the last year.

In the San Francisco area, the typical home value of $1.5 million in May means a new-mortgage payment of $8,117 per month, more than 50% higher than May last year and more than 5% higher than April. Home values in the area have shot up 18.5% in the last year.

Across the country, climbing interest rates driving higher mortgage costs, combined with record home prices, have created a mortgage-affordability crisis not seen since 2007, Zillow reported. Nationally, housing affordability has cratered to its lowest point in the last 15 years.

“The trend appears to show that the market passed an inflection point for home values between April and May, transitioning from ever-hotter to somewhat-cooler price growth,” Bachaud wrote in Zillow’s May market report. “This deceleration is a clear signal that buyers are dialing back their demand for homes in the face of daunting affordability challenges.”

Incomes have not risen in tandem with housing prices and mortgage rates, Bachaud noted. “For new homeowners or people trying to get into the market, it’s quite a bit more challenging now than it’s been in the past.”

Home sellers in the Bay Area seem to be responding to weaker demand, data show. Back in April, the share of homes listed for sale with a price cut was lower than 5% in the San Jose area, and lower than 6% in the San Francisco area, according to Zillow. By May, sellers had cut the price of more than 8% of listed homes in both areas.

Owners trimming asking prices does not signal an end to the housing crisis in the Bay Area and across the country, Bachaud said. Prices are just going to “slow down the speed that they get higher,” she said. “It doesn’t necessarily mean that things are going to get any cheaper.”

Zillow also expects rent prices in the Bay Area and the U.S. to rise because of an increase in rental demand. “As people are priced out of buying a home, they have to live somewhere,” Bachaud said.

Cupertino real estate agent Ramesh Rao sees the Bay Area housing market becoming more rational after the intense competition for homes and eye-popping prices of the past couple of years. With mortgage rates more than doubling since January 2021, rising inflation raising fears of a recession, Russia’s war in Ukraine creating economic uncertainty, and the stock market downturn affecting many buyers, home sellers and their agents can no longer pick an absurdly high price and see a house snapped up immediately, said Rao, of Coldwell Banker.

“Typical real estate considerations are coming into play,” Rao said. “Is a property priced right? Does it show well? Is it in a good school district?”

In the Bay Area, the stock market, more than mortgage rates, tends to guide the behavior of people buying single-family homes, Rao said. He has several clients who had been looking to spend $4 million or $5 million, but are now thinking twice because they would have to liquidate a much larger portion of their investments to come up with a down payment.

Houses may now be taking two weeks instead of one week to sell, and fewer buyers may be competing for homes, but any notion that buyers are regaining the upper hand is mistaken and hopes for “a huge price correction” are unfounded, Rao said. The region remains a seller’s market, he said. Still, Rao added, “the sellers are more reasonable these days.”

The EU officially mandates a USB-C iPhone by 2024