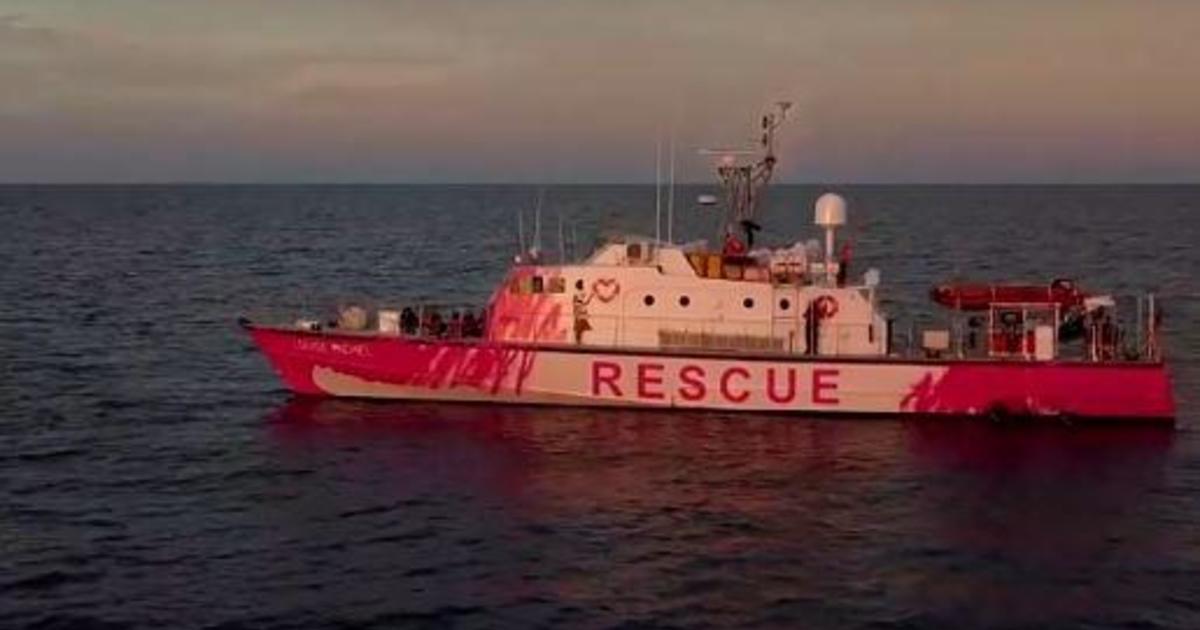 Rome — British street artist Banksy is funding a ship covered with his own artwork to rescue migrants in the Mediterranean and has so far picked up at least 89 people, a newspaper reported. Named after the 19th-century French anarchist, Louise Michel, the German-flagged boat left the Spanish port of Burriana on August 18, British newspaper The Guardian reported late Thursday.

Chartered under strict security, the boat on Thursday rescued 89 people including 14 women and two children in the central Mediterranean, the paper said, declining to give the vessel’s exact position.

“It is now looking for a safe seaport to disembark the passengers or to transfer them to a European coastguard vessel,” the paper said.

The 101-feet motor yacht that was formerly owned by French customs authorities is smaller but considerably faster than other NGO rescue vessels, The Guardian said.

It has 10 crew members “made up of European activists with long experience in search and rescue operations” and is captained by German human rights activist Pia Klemp, who has also captained other NGO rescue vessels.

Banksy’s involvement in the rescue mission goes back to September 2019 when he sent Klemp an email.

“Hello Pia, I’ve read about your story in the papers. You sound like a badass,” Banksy wrote, according to The Guardian.

“I am an artist from the UK and I’ve made some work about the migrant crisis, obviously I can’t keep the money. Could you use it to buy a new boat or something? Please let me know. Well done. Banksy.”

Klemp, who initially thought it was a joke, told the paper she believed she was chosen because of her political stance. “I don’t see sea rescue as a humanitarian action, but as part of an anti-fascist fight,” she told The Guardian.

Klemp told the newspaper that she hoped the vessel’s speed would enable her crew to “outrun the so-called Libyan coastguard before they get to boats with refugees and migrants and pull them back to the detention camps in Libya.”

Early this month, humanitarian organizations said they would resume migrant rescues in the Mediterranean Sea, where none have operated since the Ocean Viking docked in Italy in early July.

Before the Ocean Viking’s last mission, rescue operations in the Mediterranean had been suspended for months due to the global coronavirus pandemic.

More than 100,000 migrants tried to cross the Mediterranean last year from North Africa with more than 1,200 dying in the attempt, according to the International Organization for Migration.